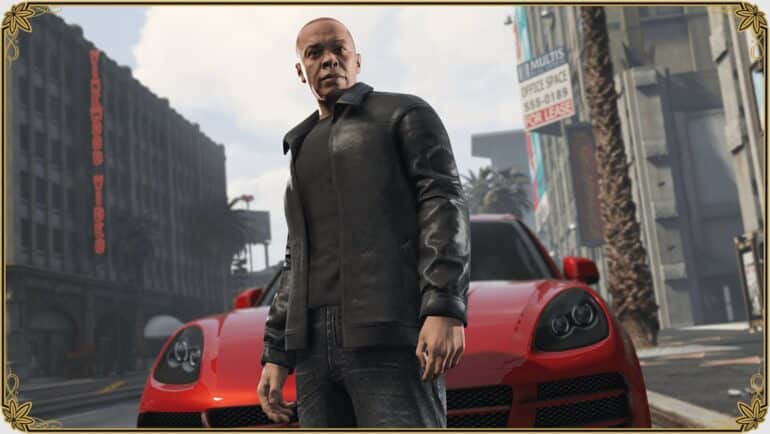 People all over the world have spent years scouring their favorite games for anything that could be buried just off the usual path. Even now, there are players committed to exploring every inch of Destiny’s world or every nook and cranny of World of Warcraft’s dungeons.

They occasionally come upon stuff that no one predicted. And, on occasion, it turns out that everyone was duped by false stories. And when that happens, you get some of the wildest video game myths that a staggering amount of people truly believed, even though they were never true to begin with. Below are some of them – keep on reading!

According to this myth, the Back O Beyond section of San Andreas has a secret. To be precise, a giant hairy one. When GTA San Andreas was initially published, people began to talk about spotting Bigfoot in the forests.

Even though no one has ever succeeded in capturing the elusive monster without the use of modifications, hunts have continued for years. Rockstar has publicly denied that Bigfoot exists in GTA San Andreas, yet stories persist, much like in real life.

Minecraft is full of quirks, as it is a large universe where creativity is valued. The most well-known myth is the Herobrine Ghost, who appears as a regular player with glowing white eyes. The ghost moves around bricks while you’re not looking, undoes your building, and creates his perplexing creations in your world. Outside of modifications, no one has ever documented proof of seeing this digital trickster, and there is no indication that anything like it exists in the game’s code.

Students may find this game engaging since it is a creative game with an intriguing myth. They can be enticed to play it to see if the myth they’ve heard is accurate or not. However, if you are concerned that your hectic college schedule may prevent you from concentrating on the game, you can turn to this website that does homework for you. This will set your mind at peace and allow you to focus on dispelling the fallacy. There is always assistance accessible.

This isn’t about the PlayStation 2 game from 2003, but rather a strange horror survival game from 1989. According to legend, you play as Porto or a Ghast, a young girl who must navigate through a terrible mine. No one has seen this game because once you finish it, it disappears altogether. Even though no evidence of Killswitch’s existence has ever been discovered, this urban gaming legend continues today.

A faulty translation gave birth to this myth. Ryu states in street fighter 2, “You must conquer Sheng Long to stand a chance.” This encouraged players to assume Sheng Long was a combat master figure who needed to be identified and defeated. Soon after, a long and complex “hack” to unlock him became popular.

The truth was that he didn’t exist. In Street Fighter IV, Gouken was created to keep supporters pleased in the face of disappointment. He embodied all that gamers had come to expect from the legendary Sheng Long.

Tomb Raider featured the seductive Lara Croft, who became the gorgeous heroine ever created at the time.

The makers undoubtedly aided matters by dressing up supermodels as Croft to market Tomb Raider. And it was only a matter of time until reports about a code in Tomb Raider that enabled you to view Lara Croft nude began to circulate.

Again, this was prior to the widespread usage of the internet. Therefore, by the time anybody tried to dispute Nude Raider’s existence, it had already become a widely acknowledged “fact” among players, so the denials were dismissed.

The hidden cow level – this is both true and false at the same time. The rumor began with the release of the first Diablo. According to legend, if you continuously clicked the cows in the game, you’d wind up in a hidden cow level.

There was no such thing as a secret cow level in the original Diablo. On the other hand, Blizzard believed this notion was so amusing that they included it in Diablo 2. You may now get access to the highly lucrative and crazy cow level by completing a random ritual after completing the game.

The Triforce is the most potent weapon in The Legend of Zelda: Ocarina of Time. It bestows limitless strength and talents to whoever wields it. As a result, it’s reasonable that players would be interested in pursuing it.

The rumor that it was available appears to have started with the assumption that it could be found on the inventory screen. A player claimed to have gotten their hands on it. However, the screenshots they provided were instantly disregarded as fakes. The Triforce is still out of reach.

Another well-known urban legend, Polybius, is based on a limited-edition arcade game released in the early 1980s. It was only available in a small area in Portland, Oregon. According to the official line, the game’s strobe effects were unsafe and caused epileptic seizures. Thus, it was quickly taken off the market.

According to legend, this was part of a covert experiment to see how Polybius would affect people. Another myth claims that mystery guys in black each week gathered scores. This one is so well-known that it’s been mentioned in various television series, including The Simpsons.

Players in GoldenEye 64 control James Bond as he seeks to foil an assault. At the time, the much-loved game was a great hit, especially in four-player mode. Many individuals attempted to unlock all of the Bond characters after hearing that they were all in the game. This is both correct and incorrect.

Although playing as other incarnations of Bond was not allowed, the characters were initially planned to be featured in the game. Licensing difficulties were suggested as to why these other Bonds stayed concealed deep within the game’s code as only one picture.

Madden was a great sensation when it initially came out, featuring some of the top players on the cover. Then those players began to suffer from injuries and went on to have poor seasons, leading some to assume the game was cursed.

In an extreme sport like football, injuries are so regular that it would be more newsworthy if they hadn’t been hurt. In sports, ill luck and terrible play are prevalent. Therefore, this is, at best, a superstition.

Despite being a relatively new concept, video games have been around long enough to have garnered a few myths and legends. These myths have been debunked time and time again, but they still pop up regularly, thanks to their entertaining nature.

Whichever video game you choose to play, just be wary of the misconceptions, look into tricks – and double-check any claims made in papers published.