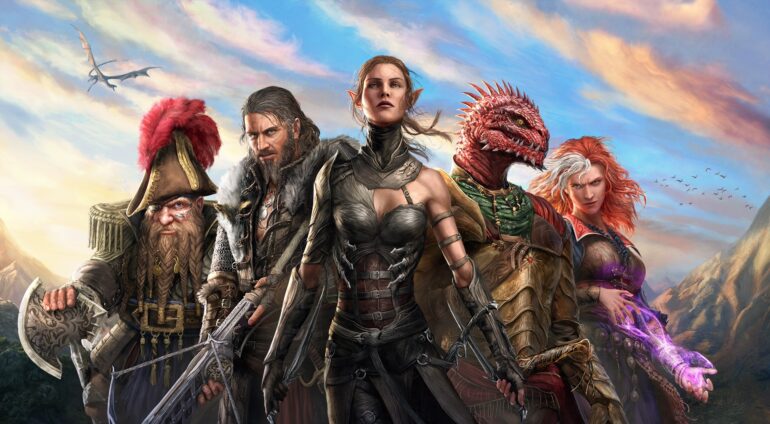 The world of games is changing rapidly and lots of new titles are becoming more and more greedy in terms of system requirements. If you have an older PC, don’t despair, as you can still play lots of fun and challenging RPGs with low requirements. Some games may require the latest generation of processors and video cards, but it doesn’t mean that they are the best. Many others are more modest but full of content and good quality.

This list of RPG games compiles well-known classic games with more recent, well-optimized ones. Many of them require as little as 2 GHz for the processor and even just 1 GB of RAM. Plus, you won’t need the latest video card on the market to enjoy them.

Persona 4 Golden introduces you to a mystery-filled story, focusing on character relationships and crime-solving. After the death of a person presumed murdered, students discover the existence of a dimension that is as strange as it is dangerous. To find clues and find out who is behind it all, you’ll have to make it through the school year and fight in dungeons!

This JRPG combines social gameplay with dungeon exploration and turn-based combat. You’ll have to take quizzes and build relationships with other characters throughout the months while training and leveling up in combat. It’s a 2 for 1, a visual novel, and an RPG that will make you sweat it out in more than one battle.

Child of Light is a unique RPG. The aesthetics are reminiscent of the drawings one sometimes sees in classic fairy tales; in fact, the story draws heavily from that style. The game introduces you to Aurora, a pure-hearted princess who wishes to bring light back to the kingdom of Lemuria. To do so, she must defeat the Black Queen!

This title mixes parts of exploration with combat. Battles are turn-based, but time is ticking away, so you need to act fast! You can have three characters on your team to fight and use the firefly to slow down enemies. Child of Light is a somewhat short but captivating and unique game which makes you think “it’s so good I’d write my paper about it.”

Diablo II became the most popular game of the year 2000 and still remains one of the most challenging RPGs available on PC. It is an action-packed game that allows you to choose from five different classes to define your character.

Once you start, you’ll find that the plot will take you through many levels flooded with fierce enemies. The game is also famous for its loot-centric gameplay, so every adventure will be worth it when, with sweat and blood, you get that desired weapon and armor!

If you’re looking for a game similar to Diablo II but is more recent, Torchlight II is a great alternative. There are four classes to choose from; although it seems like a small number, you can develop them in various ways – two characters of the same class can be very different!

Become a hero in Torchlight II and explore to the ends of the earth. Find loot through various environments and dungeons, and measure your power against fierce enemies. Sometimes you’ll encounter traps, strong bosses, or hordes of enemies. Luckily, the pet that accompanies you is a great help!

Baldur’s Gate is a saga that has been applauded by critics and RPG-loving gamers alike. Nowadays, it only requires a working computer, as it has few requirements. If you pick up this saga, you will find that the story is truly epic, and the world is full of interesting characters, some of whom are still on best character lists!

Both games were released respectively in 1998 and 2000. To this day, they remain benchmarks in the quest and level design, with challenging monsters to defeat. The version we recommend is the Enhanced Edition, the remastering of the two games in the series, which, while still not asking for a lot of power, have been given a good facelift.

You will have the chance to become a Jedi knight in this RPG created by BioWare. The story takes place 1000 years before the first three episodes of the Star Wars movies, and you will see that it is about the eternal struggle between the Jedi and the Sith.

You will be able to explore various planets while meeting many unique characters to interact with. During the conversations and missions you complete, the choices you make will shape your character towards the light or dark side. Will you be the hope of the Jedi or their doom? Don’t hesitate to give it a try, as this game runs on most computers of this decade.

Can you imagine being part of a Lord of the Rings-like world? In Dragon Age: Origins, also from Bioware, you take on the role of a character who must save the continent of Thedas from a demonic invasion. You can choose to be a human, dwarf, or elf.

You must recruit allies, forge alliances and forge peace treaties to form an army that can deal with the threat. It is a game full of decisions that will impact the continent’s fate. There are many regions to explore, endless quests to complete, and many ways to develop your character. This RPG is one of the most demanding on the list for your computer, but it’s worth it!

Fallout 3 Game of the Year Edition

Imagine waking up to find that the world has been wiped out by a nuclear war – a chilling start to the adventure! You will step into the shoes of one of the survivors of the global disaster and enter a story rich in perilous situations.

You can develop your character as you wish and decide the fate of many other characters and even villages. Choose between resolving conflicts with your charisma or becoming a person with a gun. And if you find a dog, you can be sure that it will be your most loyal companion in Fallout 3!

The Legend of Heroes: Trails in the Sky

Trails in the Sky is the first game in an impressive world-building sub-series. It introduces us to Estelle and Joshua in search of their missing father. However, along the way, we discover that there are conflicts about to erupt in the kingdom of Liberl.

Trails in the Sky is a deep and richly detailed JRPG, with plenty of main and side content and a wealth of believable characters – every NPC is unique here! Throughout the plot, other characters will join the party. You can develop and change formations as you wish, with many possibilities to make a more defensive, offensive, or balanced team – a great game!

Divinity: Original Sin is one of the role-playing games that gives you the most freedom of action and decision. What seems like an ordinary investigation at first turns into an epic story in which you must put an end to a great threat. You will have to interact with NPCs, fight hundreds of creatures and enemies, and become the hero (or not) that everyone needs.

The gameplay mechanics of Divinity: Original Sin are rich in possibilities. Firstly, there are plenty of classes, upgrades, abilities, and equipment to choose from. Secondly, you can combine magic and skills in turn-based combat to create new effects. Finally, your decisions will affect the world around you, especially in the side quests.

For fans of classic RPGs and martial arts, Jade Empire provides one of the most fabulous experiences in the genre. It puts you in the shoes of one of seven characters to decide the fate of the Jade Empire – will you be the hero you need or the villain who sends it to its doom? It’s up to you!

Even with its years, the game is beautiful and has a good soundtrack. Gameplay-wise, the game combines moments where you explore, talk to characters, and complete various quests, with stages where you have to fight enemies. The story is interesting, and is replayable not only for the decision-making but also for trying out other characters – a highly recommended classic!

Ys Origin takes us back to the origins of the world of the Ys saga. This particular installment is a solid action RPG, long and enjoyable to play. It presents us with the opportunity to play as three different characters (one unlockable), each with their own unique style. Depending on the one you choose, you will enjoy a story with different nuances and portions than the other two.

The strong point of this game is the action and platforming. It also has its role-playing elements, more in the sense of obtaining new equipment and a few skills/magic. The boss battles will force you to push your skills to the max, especially on the greater difficulties. If you’re up for playing all the characters and doing all the extras, Ys Origin offers dozens and dozens of entertainment!

Darkest Dungeon is a horror RPG in the dungeon crawler style due to the amount of dungeons to explore and overcome. It’s a game that’s equal parts grim and fun, in which you’ll fight creatures inspired by Lovecraft’s books – make sure your party of heroes doesn’t go mad at them! Please note that this is a super-difficult RPG but accessible to all players and computers.

And from Jade Empire, we move on to Fable – The Lost Chapters, a game with similar features. It is an RPG where we follow a character’s life from a small child to an almost older adult. The world changes over the years, and you choose how you react to it.

In Fable, you have the choice to be the hero everyone longs for and loves or the villain everyone fears. You can be muscular and heavy, or lean and lithe, and become the man women want. You can also develop your character depending on whether you prefer magic, bow and arrows, or melee combat. In short, Fable is a game that gives you free rein to make your own protagonist.

Risen is the first game in a trilogy created by the developers of Gothic and ELEX, and it shows their stamp! It introduces you to Faranga Island, a world on the brink of chaos. After being shipwrecked, the protagonist’s life takes an unexpected turn when he becomes, possibly, the island’s salvation.

In Risen, you will have quite a lot of freedom when it comes to progressing and deciding what to do. You will choose between different combat disciplines and decide what to do in missions, whether to help or take a more villainous route. Your actions will impact the island and its inhabitants in significant ways. Between this and the fact that there are many missions to complete or areas to explore, Risen will give you many hours of fun!