5 Tips to Get Started in God of War 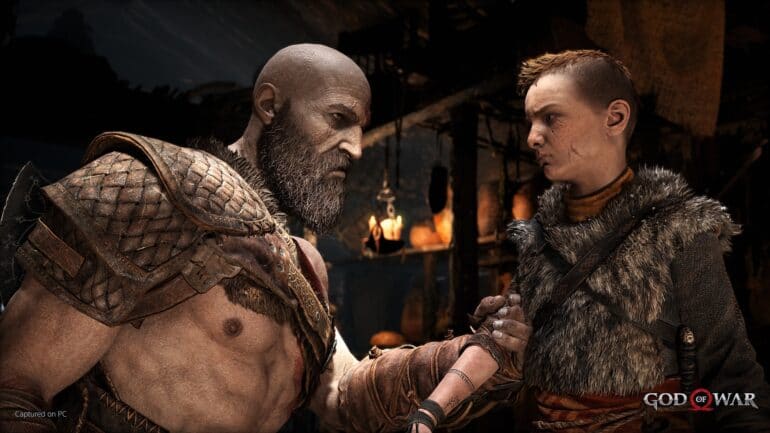 God of War is a sprawling adventure with a hardened legion of fans, and as they eagerly await the latest installment, many are revisiting the original game.

Tech Radar explains how God of War Ragnarök is imminent on PS4 and PS5, and it is sure to be a huge hit, as was the 2018 release. The games draw heavily on Norse mythology, which has become increasingly popular throughout the world of gaming, both on console and mobile devices.

For instance, Assassin’s Creed Valhalla took the Viking invasion of England as the core backdrop and did so with a certain style that thrilled gamers. It might have been the headline grabber, as God of War Ragnarök will be when it drops, but they’re far from alone. On mobile devices, fans of online slots can play Viking-themed games as part of the Ladbrokes casino selection of games, with titles such as Champions of Valhalla and Vikings Go Wild. For a more authentic pillaging experience, there’s also the conquest game Vikings War of Clans to keep you occupied.

Whilst there are plenty of opportunities to don your horned helmet, sharpen your axe and get out in your longboat, God of War is surely one the most immersive and exciting. Even if you haven’t experienced it, now is a great time to do so; it’s available for a good price in many outlets and will fill hours of your time.

If you’re new to the game, you might also need a few tips to get started, which we’re more than happy to provide.

God of War is a huge game, a far more open world than any previous entries in the series. You have to follow a linear path at first, by way of a tutorial, but after that, where you go is up to you. Many gamers are story-driven, seeking out the best places to go to advance their missions, but by playing like this, you miss some of the beauty packed into this wonderful title. Like any good title, the side missions and areas are packed with opportunities to earn in-game currency, in this instance, Hacksilver, as well as crafting resources and new equipment.

Combat is a major part of God of War, and whilst there are plenty of methods of winning fights within the standard combat mechanic, you also have the powerful Runic Abilities, which will aid you further. These are special moves that are bolted to your weapons to help you get an advantage in the upcoming skirmish. There are two types of Runic Attacks; light and heavy, and they’re triggered by holding L1 and pressing R1 or R2. They all come with different effects, attributes, and cooldowns, and they can be enhanced with XP to make them even more powerful. It’s vitally important you use these to the max.

The RPG element of God of War allows you to build your skill tree to suit your playing style in much the same manner as the Assassin’s Creed games. The first few hours of play, you won’t find this particularly evident, as your XP builds slowly over the period. However, that doesn’t mean you shouldn’t pay attention to your skills tree, as it can be the difference between success and failure in the early stages. For instance, if you’re struggling with combat, something like Guardian Sweep can help you prevent getting overwhelmed. Choosing wisely in those early stages can make your experience much more enjoyable. Don’t fret about missing out on skills either; you’ll eventually accrue enough XP to unlock pretty much everything.

Stick To Your Style

There are multiple playstyles within the God of War universe, from a typical combative brawler to something akin to a mage, packing Runic Abilities. You must choose your playstyle and build your character towards that, and whilst it sounds restrictive in terms of how you play, it is the best way to get on. A huge amount of customization is available within the game, with armor and weaponry contributing to your playstyle. The sooner you settle and commit to one method, the better.

We’re not suggesting you’ll forget to enchant equipment when you get it; it’s inevitable you’ll power up your gear to make yourself stronger. However, you may well forget to move enchantments across from one piece of gear to another. This is a common mistake; you get excited about a new piece of armor, equip it and give it a whirl; meanwhile, your old one is still boosted by those enchantments. Unless you’re a fan of playing at a disadvantage, remember to swap those enchantments over frequently.

God of War is a wonderful game, packed with depth and content to keep you entertained until the new game comes out (and maybe even beyond). Just make sure that whatever you do, you enjoy the game. It’s huge fun, frantic at times and involved at others, and it would be a shame if you got bogged down in the tips, hints and tricks and missed some of the simple fun it has to offer. If you’re struggling, check out our article ‘God of War – What’s the Best Difficulty to Play On’, and adjust the challenge to make it more enjoyable.