Age of Empires IV — All You Should Know About the Game 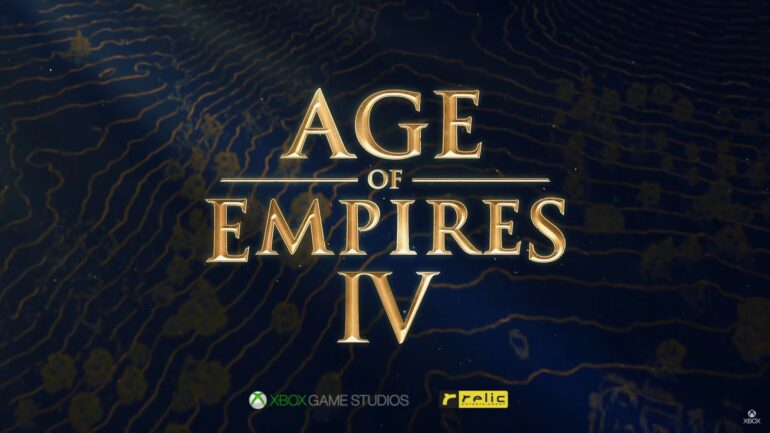 Over fifteen years after fans got to witness the release of the last game of Age of Empires, the series is finally back again. The fact that it is the first entry in this immensely popular series in more than ten years is enough to make the fans sit up and take note. Case in point, Age of Empires 3 was released way back in the year 2005. Relic Entertainment, the name that has games like Company of Heroes to its credit, has been working on the new edition for quite some time now.

Though there was no information available about Age of Empires 4 for a long time, the new trailer and release date have piqued the interests of all. So, if you have been spending all your time looking for no deposit free spins Australia, it’s time to take a small break to look at what Age of Empires 4 has in store for you.

The Release Date and the Deductions from the Preview

Age of Empires 4 is all set to launch on 28th October 2021. During the trailer launch, the fans finally got the date from Relic and Microsoft. However, you can still indulge in the game a bit earlier. Relic has been hosting several closed betas. You will get to play through the Xbox or Stream app from 17th September, even while not being a participant in the insider program. The opportunity will be there until 20th September for those who can’t wait to get their hands on the game.

There are three important things that you will get to understand from the trailer:

Though the fans would have liked to see more, the short trailer was enough to outline a few facts, such as the ones discussed below.

The Game has More Room for Expansion Beyond the Eight Civilizations

Now, eight civilizations are not bad for a start, and it is only the beginning. But the makers have plans on expanding it. However, the new additions might not appear in the free updates but rather only in premium expansions. Relic has claimed that it is paying attention to every detail in creating the civilizations and making each one more unique. As such, you can well imagine the reason why StarCraft came with free factions all the time. After all, it is never easy getting the asymmetrical balance right. Eight itself was a big step for the makers, and they will keep expanding from that.

The Historical Campaigns are Going to Be Really Interesting

Earlier, Age of Empires had historical figures, such as Joan of Arc, or focused on more story-driven campaigns, like the ones in the third edition. However, you will get four campaigns this time that will offer you a long view of the civilizations’ history. For instance, you will be William the Conqueror in the Norman campaign. Thus, you will eventually deal with the conflict between his kids and their kids. You will get to witness the entire story of the Norman conquest. It starts from the time the brave duke crossed the English Channel to the point where he signed the Magna Carta to lay the foundations of modern-day England.

The aim of Relic is to bridge all the gaps between the missions using wonderful and engaging historical films. They have hired documentarians to reach the important locations like Dover and Hastings, where all the events took place. And this is only one of the campaigns that they will have! You can imagine the number of details they are going for.

The Humanized Stories in Age of Empires 4 Campaigns

As per Adam Isgreen, the creative director of Relic, they are trying to bring history to people in an exciting and fun way. The stories are getting more humanised and modernised than ever before. However, they are making sure that the new game does not get too complicated amidst all these changes. In most cases, when a genre exists for a long time, the games that take it forward end up complicating the gameplay even further. Thus, the makers have consciously tried to steer clear of that. This is almost like a fresh start for Age of Empires 4, where the makers are simply trying to do certain things differently.

A Few Details About the Makers of Age of Empires 4

The makers at Relic are all pumped about the release of the game. After all, this is going to be their first game made for a publisher other than its owner, Sega, which purchased it in an auction by selling the THQ assets back in 2013. Speculations are rife that Microsoft had paid a hefty amount to Sega to receive the rights to take Relic Entertainment on board. It had done the same thing for Creative Assembly, which was the other studio that Sega owned and was the developer of Halo Wars 2.

Back in 2009, Ensemble Studios, the actual creators of Age of Empires, was disbanded by Microsoft. They had acquired its rights in the year 2001. In other news, Mikolai Stroinski, the composer of the Witcher 3 soundtrack, had announced on Facebook in 2019 that he would compose the sounds for Age of Empires 4. This was the earliest sign that the game was going in the right direction. And now that the trailer has been released, the fans know that their favourite game is coming back soon.