Are Video Games Bad For Students and Education? 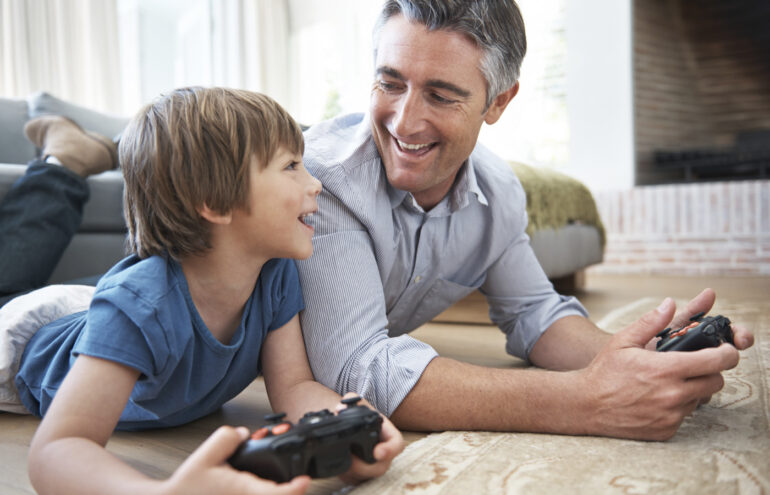 Many people think that video games are a waste of time and some essay writing experts from CustomWritings even think that video games can corrupt the brain. The media and many experts believe that violent games are often blamed for the reason why some young people display antisocial and violent behaviors. However, some psychologists and scientists have found that video games actually have lots of benefits and one of these is making you smart. It is believed that video games have the ability to teach us those high-level thinking skills that are required in later life.

Psychologists believe video games actually change the brain as they change the physical structure of the brain similarly to how to play the piano, or learn to read or navigate a map. All of these work similarly and build muscle. Combined concentration and an increase of neurotransmitters such as dopamine, can be very powerful and help to create and strengthen those circuits that build our brains. In the scientific community, it is also believed that playing video games changes the structure of the brain not just how it performs.

With all of this in mind, we are going to consider whether video games are bad for students and look at their positives and negatives according to experts and researchers.

The Positive Effects of Video Games for Students

When we play video games our brain is given a workout. Many video games require you to have skills that involve high-level and abstract thinking. Some of these skills are not taught at school. Here are more of the benefits of playing video games that enhance mental skills:

Many video games require you to come up with creative ways to solve problems and puzzles in a short period of time.

In shooting games, you may be required to run and shoot at the same time. This requires good hand-eye coordination as well as visuospatial abilities. This explains the reason why fighter pilots are more skillful due to their experience in video gaming.

Quite often a player will need to make quick decisions and think upon their feet and some games require this to be done every second. This gives the brain a very good workout. Research has suggested that video games can be an excellent way of training soldiers and surgeons who also sometimes need to make these quick decisions.

Quite often a player will fail at a game when they first start, but as they continue to play the game they will begin to succeed and move through the levels of the game.

Studies conducted found that those who suffer from attention deficit disorder can play certain games which will improve their scores and help their concentration.

A player will need to take risks and games do not usually reward risks that are not safe.

Video games can actually help you find a job in the future. Many employees are actually looking at resumes that include a background in playing or making video games as they see this as a positive as video gamers show that they can collaborate,  solve problems as well as other critical skills which are important in a workplace.

The Negative Effects of Video Games for Education

It is usually the violence in video games that causes negativity. Violent video games are more likely to have aggressive behaviors, feelings and according to scientific studies., they also show that those who play a lot of violent games also become immune to violence which means they are more likely to behave violently themselves and as a consequence less likely to show and feel empathy.

Youngsters can become addicted to video gaming and the World Health Organization even stated that gaming addiction is a mental health disorder. One of the issues with gaming addiction is that it can increase anxiety, depression, and social phobias in young people. This can then affect their education. Studies have even revealed that video games are addictive and have a similar effect as drugs and alcohol on a young person’s brain.

Studies have suggested action video games can actually harm the brain and lead to brain illnesses including Alzheimer’s, depression, PTSD, and schizophrenia.

Too many video games can make a person socially isolated as it can lead to a reduction in spending time on other activities and interacting with others.

Some video games can teach the wrong values such as aggression, vengeance, and violent behaviors as these are often rewarded. Additionally, quite often, females are portrayed as weaker characters as well as sexually provocative.

Video games also have a negative effect on health such as headaches, eye strain, and video gaming-induced seizures. Obesity is also found to be an issue in video gaming as teenagers are sitting in front of a screen for an endless amount of time and this prevents the player from getting exercise. Additionally, more food is often consumed when playing video games.

Overall it seems that there are many positives to playing video games as well as negatives. The best rule of thumb is to have a good balance and play video games for pleasure as long as they do not overtake all of a person’s free time and affect their studies.