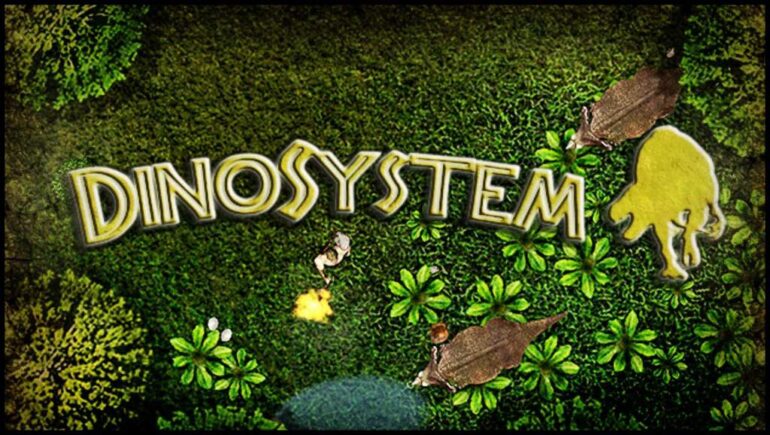 Indie game developer CapriByte Studios is proud to announce the forthcoming release of their ambitious debut game, DinoSystem, a wilderness survival game in development for the PC, Mac and Linux with a scheduled release date of Q3-2015.

DinoSystem is a large open-spaced sandbox single-player simulation game with RPG and rogue-like elements. Set in a computer-simulated advanced ecosystem, can you thrive and survive among the great dinosaurs roaming the lands? Every element of the world is emergent and evolves over time according to physical and biological rules. Your actions in the game have real-time impact on every animal, plant, every plot of terrain, and every pond. Set in the Hell Creek Formation in North America in the late Cretaceous era, DinoSystem offer an incredible simulation experience featuring the possibility of a massive disaster, marking the end of the dinosaur age.

In the games God-Mode, you need to manage the ecosystem: introduce new animals, alter the weather, world-temperature, or lay destruction with asteroids and other calamities. The level of detail and realism is unsurpassed. In Survival-Mode, you must find ways of staying alive in the dangerous environment, where the seemingly mundane tasks of eating, drinking and sleeping become a challenge. Look out for the animals roaming the lands as they fight, look for protection and even reproduce; coexisting is not easy. In Survival-Mode, your body is affected depending on your survival skills, body-mass, muscles, metabolism and more.

DinoSystem offers a complex skills-system, in which you can learn, and even unlearn abilities if not sufficiently practiced. Learning skills is crucial to staying alive. By familiarizing yourself with the ancient beats in the game, you gain useful knowledge on how to survive and coexist in the games challenging climate.