How to Get a Decent Gaming PC without Breaking the Bank 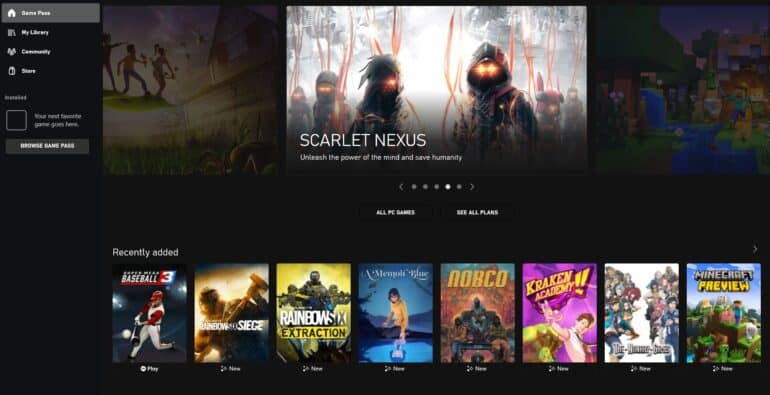 Decent gaming PCs can be pretty expensive nowadays, but it’s still possible to get a very capable machine on a budget. Not all games require the ultimate setup to run or look good, and if you are ready to make some sacrifices here or there, then you could get something that will hold up for a few years before you need to make any upgrades. Let’s take a look at how you can get a decent gaming PC without breaking the bank.

Don’t Obsess Over the Graphics Card

Instead of thinking about which GPU you should have on your computer, you should think about the games you like to play. Most MOBAs and MMORPGs will run great on low-tier cards, so if you’re a big fan of these games, then pretty much anything will do. Even games like Fortnite and Apex Legends will run on virtually any card that has been built recently, so this isn’t something to worry about if all you play is light games.

If you need to run more powerful games like racing sim games, for instance, or more graphics-intensive FPS shooters like Call of Duty or CS:GO, then it would be a better idea to look for something with a GeForce 3050 card at least.

You also have the option of building your PC, but this is not for everybody, and you could make mistakes. Or one faulty part could cause serious damage. If you’re lucky, you’ll fry just one component, but you could ruin your whole system with something as simple as a power surge. And you won’t have a warranty as you would on a pre-built PC, so this is something to think about.

If you want the benefits of building a PC on your own without the drawbacks, then you could also have a custom gaming desktop built for you from a store like CCL. They will build a gaming desktop for you according to your specifications and will get you a much better deal than most retailers. They allow you to pick every single component and will tell you exactly how much you’d be saving when making switches, which makes the whole process very simple and convenient.

If you’re savvy, getting a custom PC could save you a lot of money as you’ll be getting top-level components where it matters and cutting down where it doesn’t. Another benefit of going that route is that you’ll usually get a warranty from the seller on the machine and its components. Custom PCs tend to be easier to upgrade too, so even if you get a basic machine now, you should have no issue upgrading later.

A lot of PC companies know that a good portion of customers looking for a gaming machine don’t know how to pick one. So, they will add an overclocked processor with a snazzy gaming-sounding name and branding knowing that the average 2ghz-is dual-core processor will do the job just as well in most cases.

This is because gaming relies much more on the graphics card than on the CPU. So, if you see any processor that has more than 8 cores on it, you’re probably overpaying for it.

Only Buy a Laptop if You Absolutely Need to

Unless you have no choice because of logistics, you should think twice about getting a laptop for gaming instead of a desktop. Sure, laptops are convenient and may look cool, but they’re also much more expensive.

There’s virtually no chance that you’ll get a cheap laptop that can also run games decently, so go for a desktop instead. And, if you’re going to get a laptop, don’t make the mistake of getting one that is branded for gaming only. Some of these machines are almost identical to cheaper models, just with cool-looking designs and marginal features, so don’t fall for this trick companies use and go for the specs and the specs only.

Buy at the Right Time

You should learn how to time your purchases whenever you buy electronics. Prices on PCs will vary greatly during the year and there are good times to buy and times you should avoid as much as you can.

Manufacturers often launch new models at the start of the second quarter, so April is usually a great time to pick up deals. Back-to-school time is also great as retailers want to get their hands on that back-to-school cash. So, if you are thinking of buying a PC during those periods, consider waiting a few weeks and keep an eye out for special offers.As you can see, there are tons of things that you can do to get a great PC that will allow you to play all your favourite games on the cheap. Don’t fall for marketing tricks and be savvy if you want to get the best deal possible.