How to Make Money Playing Games: 4 Ways to Earn While You Play 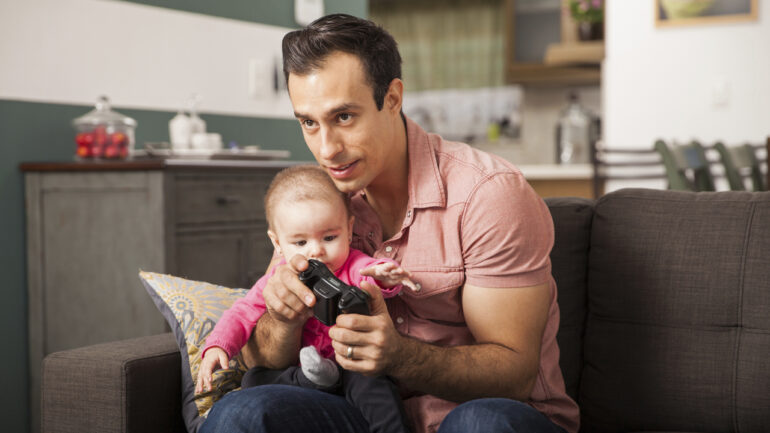 Not an actual representation of the author.

It takes a lot of passion to be a gamer. While extremely rewarding for many, getting good at video games can still be a huge time sink and require a lot of monetary investment. That raises the question—is there a way to make money from a gaming hobby? Well, yes. If you’ve clicked this article, you’re probably looking for a way to reap some rewards from your favourite pastime. Whether you’re into first-person shooters, MMORPGs, Real Time Strategy Games or something else entirely, there are ways to delve into any gaming subculture and monetize it. In this article, we’ll explore different ways gamers can make money from their passion without losing any of the fun that comes with it.

Find Games That Pay to Play

The easiest way to make money playing games, funnily enough, is to play games that pay you. While you can make money off of eSports and mainstream games, as we’ll talk about later, there are a lot of games out there that pay to play. For example, online gambling services such as 21 allow you to invest however much you’re willing to spend (if you’re in the UK), with monetary rewards in exchange for winning. Programs like 21 give the player opportunities to play on mobile as well, allowing convenient access to games anywhere and anytime. On a bus or train, commuting to work? Why not get some cash in the meantime?

If you’re more interested in active job opportunities involving your gaming skills, many are out there if you know where to look. With the gaming industry growing every day, more and more game developers are making their projects public. However, game developers need playtesters to ensure that their games work. That’s right; you can make money playing games before they come out! Look for games that are currently in “open beta” testing, and see if you can sign up to get paid to playtest them.

Paid beta programs can range from testing out online products and programs to getting to play games not yet released to the public. That might mean you have to play some less exciting games, but it can also get you involved with the behind-the-scenes game development process without much extra effort on your behalf. There are a few things to remember when participating in paid beta programs:

Get Involved in eSports

eSports is a pretty booming industry right now. Everyone and their mother is getting invested in the constantly diversifying gaming field. If you’re confident in your skills in any particular game, you can probably find a way to compete in it for money. Popular games like League of Legends and Fortnite have a large pool of competitions available for you to involve yourself in. Whether it’s a professional, highly competitive tournament or a local, low-level hobby tournament, there are cash rewards to be had in eSports.

Stream and Build an Audience

The most popular way of monetizing games nowadays is through the rapidly expanding streaming phenomenon, where gamers will stream themselves playing on Twitch or Youtube, gaining massive traction and publicity through their hobby. There are lots of ways to build a platform on Twitch. Even if social media marketing seems exhausting to you, you can make a point to stream yourself whenever you do play video games. That way, you always have a chance to build an audience. Once you have enough traction, you can pick up sponsorship deals or get donations from your followers.

It’s no wonder that the gaming industry is so big right now. Video games are fun, and everybody wants to do them for a living. So if you find yourself playing video games every day, with a particular affinity for one specific game, or just like the idea of making some cash on the side with less effort than your day job—try any of these approaches to your gameplay. Maybe you’ll strike gold!