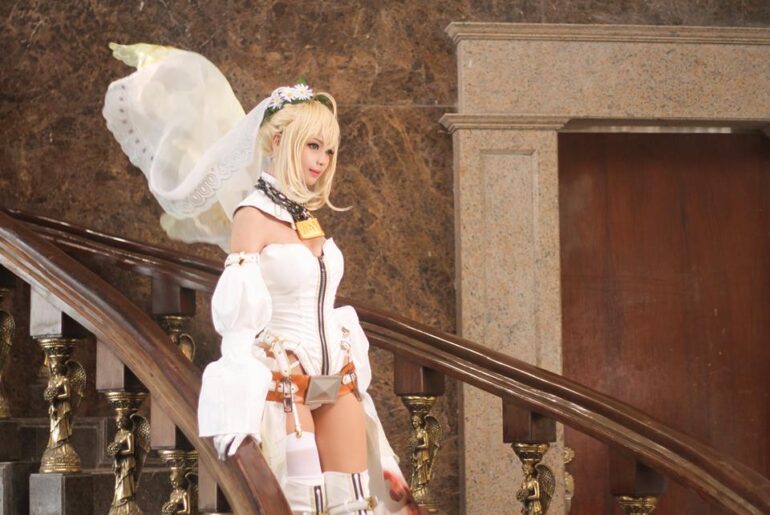 Be at awe my allies, for we are in the presence of the Veiled Emperor, Saber Bride. She is a character from the critically acclaimed Fate Series, specifically from the games Fate/Extra CCC in the PSP and Fate/Grand Order for iOS and Android, which just recently had a North American release. She is being portrayed by Filipino cosplayer, Charess Kurogane. 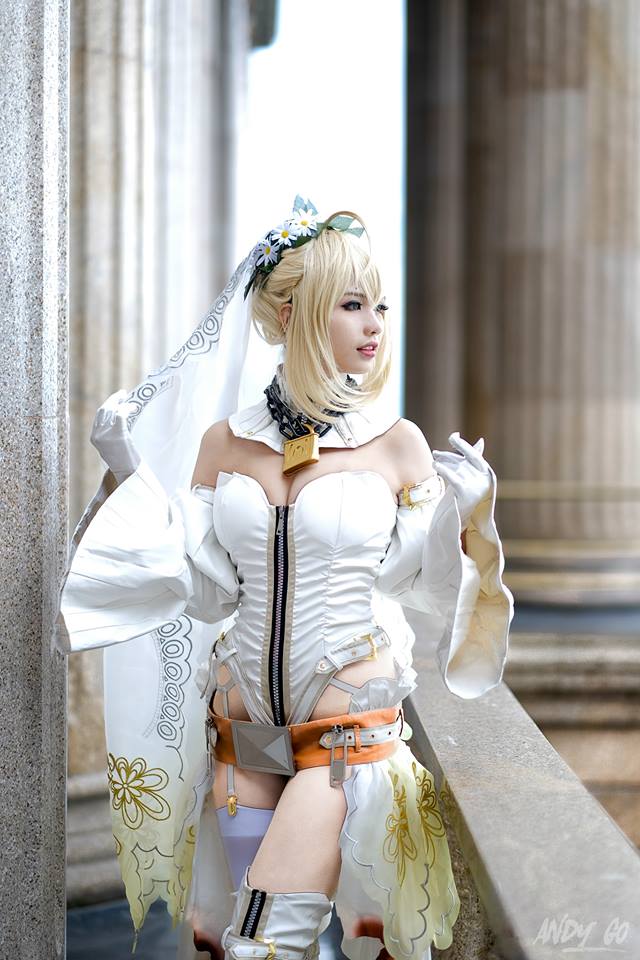 We also got a chance to get an exclusive interview with Kurogane-san. So here’s how it went:

So to start things off, Why Saber Bride? There’s other variants like Saber Lily, Saber Alter, Artoria Lancer, or even Nero, so why Saber Bride?

CK: Well Bride is just Nero in different attire or costume and Nero is one of the best sabers! And Bride is her best version for me.

Who made the costume? Did you do it yourself or had help or you just had someone make it for you?

CK: I bought the costume from taobao since I dont have the time to make my own due to work and other priorities.

Fate/Apocrypha is airing right now so were you aware and did it have anything to do with why your cosplaying Saber right now?

CK: Nope. I already planned to do this cosplay way before Fate/Apocrypha. I haven’t seen the series as of the moment. teehee.

CK: Not really. I planned to cosplay saber for around 4 years already. I was just battling my self-apprehensions of pulling-off the character.

Is Saber your favorite character in the series and why so?

CK: There are different sabers so I can’t really say that Saber is my favorite but if you mean Arthuria or Nero, Yes! I find them really cool. I love Arthuria’s gentle but strong personality and Nero’s haughtiness. 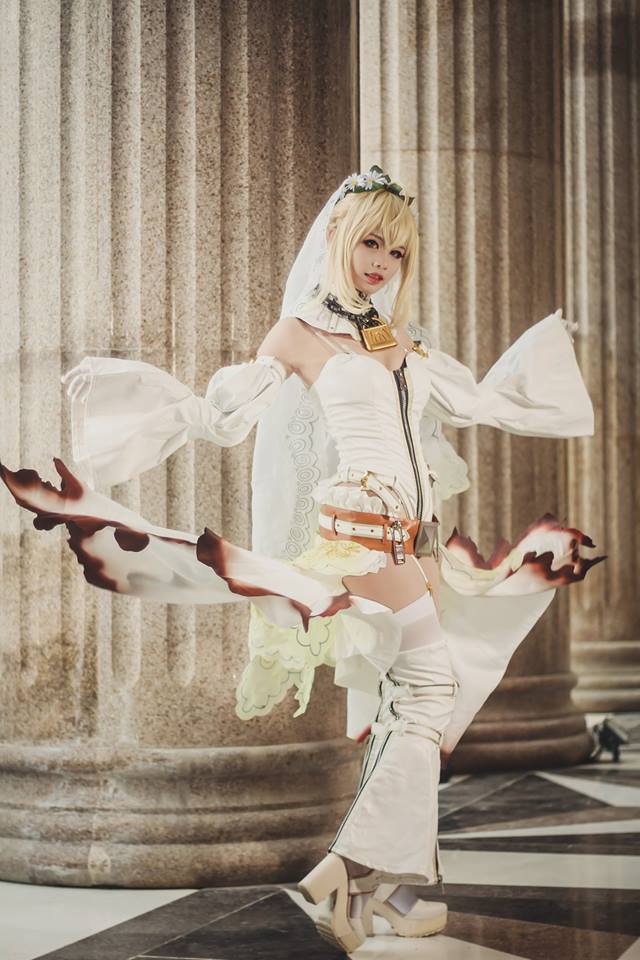 Do you plan to do the other Sabers in the future?

How about other characters in the Fate series?

CK: One of the characters that I love the most is Alexander the Great from Fate/Zero but it’s impossible for me to do it. haahaha. As of now, I’m considering other characters such as Jeanne, Rin, and maybe.. Attila? hahahahah

Are you also a fan of the Nasuverse? If yes what other series do you like aside from the Fate series?

CK: Nope. I haven’t checked the other series but Kara no Kyōkai looks interesting.

When’s the next time we get to see your next amazing cosplay and any hints on what character?

CK: Maybe tomorrow. hahaha Just kidding. I have so many plans in mind but it may take a lot of years or a very short period of time. It really depends on my Impulsivity.

This will be posted in the internet so any words to your current and possible future fans?

CK: Considering people as my fans feels awkward for me but if there really is or are, uhm… Thank you for appreciating my works and I promise to do better! <3 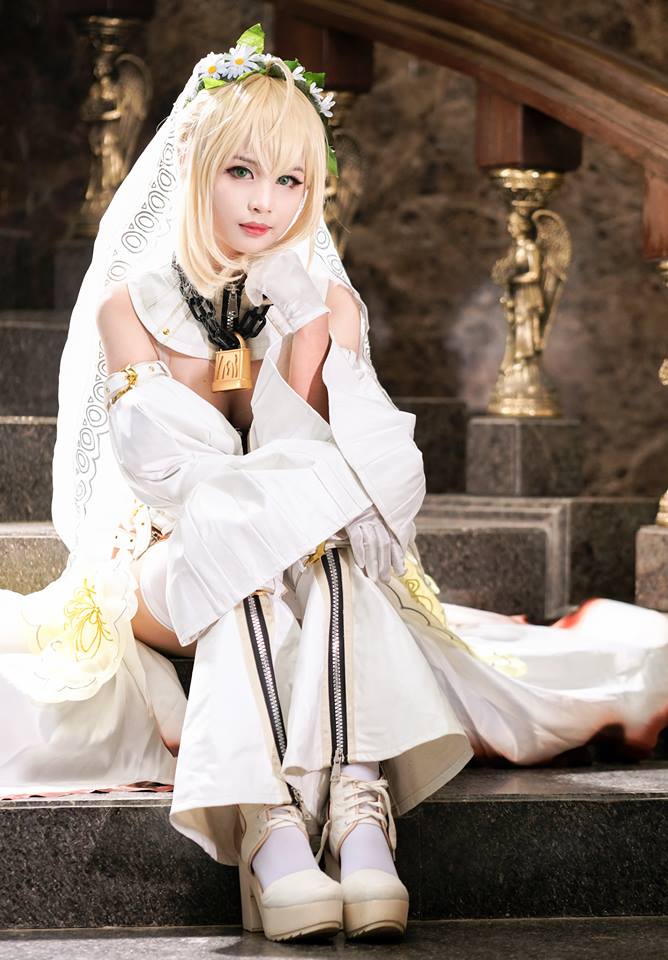 Thanks so much Kurogane-san and I think I speak for everyone when I say we can’t wait to see what you will do next.

So here’s a bit of trivia about the character incase anyone’s interested.

Saber Bride isn’t the character’s real name by the way. Her True Name is Nero Claudius Caesar Augustus Germanicus. She Passed away without meeting her fated spouse, this pure white Servant continued to fight despite not having her fated meeting even after becoming a Servant. In other words, a figure that vanished in dreams, without ever participating in the Holy Grail War of a certain virtual world.

How truly sad, who could ever let this beautiful flower suffer such a cruel fate? Do you not see how great her longing is!? 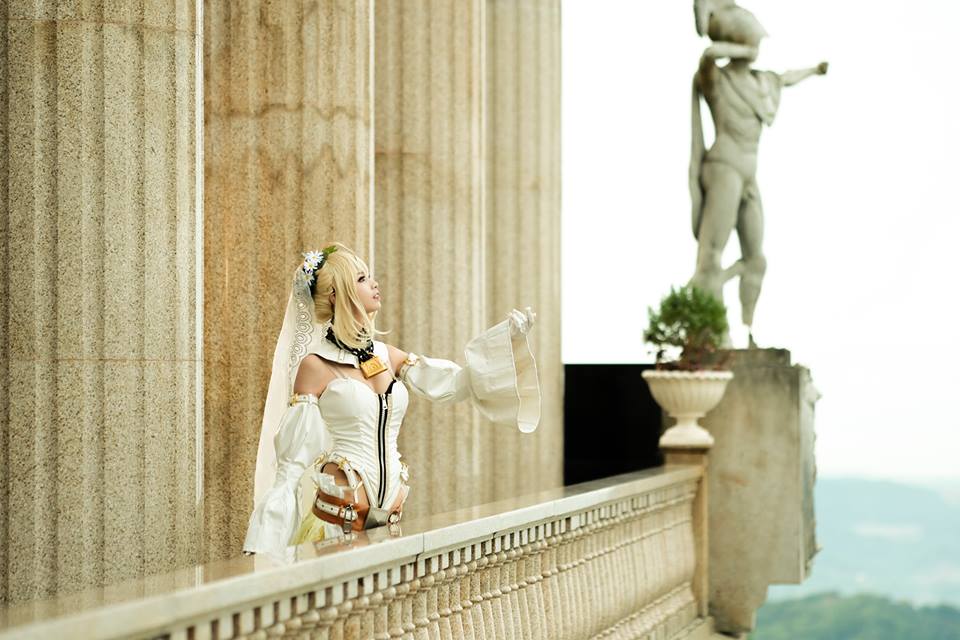 As Kurogane-san mentioned above she plans to do more and even better versions of Saber but for those who can’t wait here’s a picture gallery and for the truly impatient ones, here’s a Facebook page.