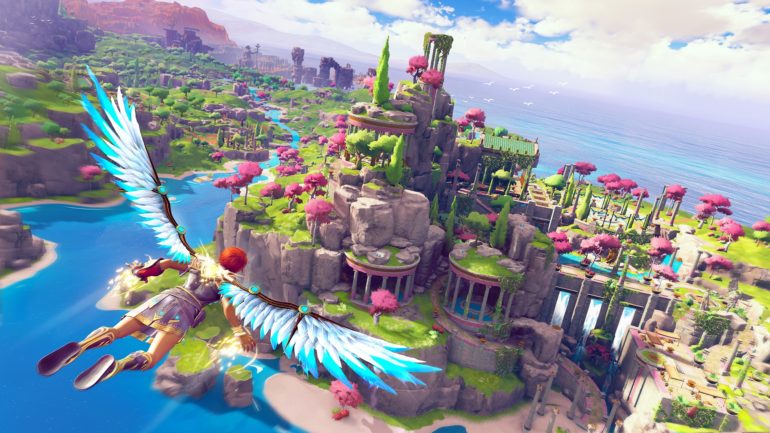 Gamers can either choose to play these games on a console or a PC. While consoles are better for a casual gamer, hardcore gamers often prefer a PC due to the powerful hardware of a gaming PC which outperforms that of a console.

Sometimes, these games can be found in online casinos and sites such as novibet.co.uk. Some of the best MMOs and MMORPG on PC in 2021 include:

Skyforge is a popular MMO that fulfills the requirements of a beautiful virtual world, an excellent and unique class system, and interesting game modes (an intriguing storyline as well as an engaging multiplayer mode).

The fantasy world in Skyforge is one of the best sci-fi worlds you’ll ever find in a game. The class system enables you to select between any class that you have previously unlocked, this adds to the dynamic gameplay of the Skyforge. You get to switch between classes without going through the long process of leveling up from scratch.

Like many other games, there are tasks that grant rewards based on the rarity and difficulty of the task.

Some might argue that Guild Wars 2 is the best MMORPG in recent times. Even though there are different opinions on that particular topic, there is no argument about it being one of the best MMORPGs in the world today.

Contrary to the style of play of several other games that belong to the same genre, Guild Wars 2 does not just band players together to fight common enemies, it adds engaging storylines that play out in stages. The process and outcome of the stories depend on how the players perform, therefore, these modes are unique to each player or team.

Furthermore, the game is now free so you can play without worrying about spending money.

In this action-based MMO game, you get to build your weapons, armor, and your base of operations. You also get to breed different creatures as pets. After setting up base, you can go on quests in the dungeons of different worlds with the weapons that you’ve created, you can go solo or form a party with friends. The best thing about Trove is, there is always something to do.

If you’re a gamer and a fan of the show, chances are you will absolutely love the game. In this game, you get to captain your own ship, travel through space, land on different exotic planets, and participate in explosive space battles while managing the affairs of your crew. Kirk’s got nothing on you!

Tera is one of the oldest games in the genre, however, it continues to release new content that keeps the lovers of MMO coming back for more.

Since its release in 2012, Tera has continued to release updates regularly. The updates often include gears, dungeons, quests, and collectible cards.

As a gamer who is constantly in search of intrigue and adventure, you can’t go wrong with this list.