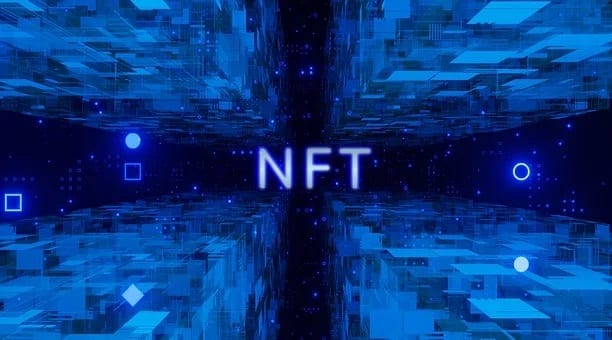 With NFTs becoming more and more mainstream, NFT games have also become quite famous. Like most other games, these ones also come in various genres and provide different experiences to different people. Gaming on the blockchain may be a new concept but it’s gaining steam. One of the biggest reasons for this popularity is the fact that people can get some coins along the way and also share assets with others.

What is an NFT Game?

An NFT title is one that marries NFTs into the gameplay. There are titles that you can play for free and others that you need to get an NFT for first. The great thing about this category is that the titles keep evolving quickly. Developers come up with new project ideas every new day. These titles are different from the ones found on bitcoin casino sites, so players have a lot of variety now when it comes to blockchain games. From RPGs to strategic challenges, there are a lot of NFT titles to check out.

One of the biggest attractions here is that you can make some cryptocurrency by investing your time in these titles. The more time you spend, the more you advance and the more elements you can collect. Then, depending on how the title grows in the market, the value of your belongings increases and you can put them up for sale. On the flip side, you can also spend your currency to accumulate better things to dominate the title.

While they started out visually and technically weaker than traditional games, NFT titles are getting better and better. So, whether you wish to immerse yourself in a play-to-earn title or just want to have pure fun, you should check out the best titles utilizing blockchain technology to revolutionize the gaming industry.

One of the most famous NFT games is Axie Infinity. This is almost a Pokemon-style title in which you have to breed creatures called Axies and then create new generations of creatures. It is a visually beautiful title with good gameplay. On top of that, players can actually trade their creatures or sell them on one of the most famous NFT marketplaces on the Ethereum blockchain to make a profit. The game also has a utility token, Smooth Love Potion, which can then be used for breeding your creatures.

Bridging the gap between being a game and a platform for creators, The Sandbox game is a Minecraft-like title that lets players build assets and worlds. They then own these digital items and can put them up for sale as well. One part of the game is also to discover what other people are building. If you are a fan of video games that let you dive into your creative side, you will really like this title whether you want to just play or make money along the way.

If you like trading card games, Gods Unchained is a good one. This multiplayer online battle title will have you using cards to win matches against your opponents. One aspect of this title is card trading, which can be a lot of fun. You can buy rare and powerful ones or put them up for sale on a marketplace, earning real cryptocurrency in the process.

Another card game that lets you win real money while being immersed in the metaverse, Splinterlands will remind you of real-world titles like Magic: The Gathering. The difference between this and the previous title on our list is that you have to purchase your first card to start playing Splinterlands so it’s not a free-to-play title. However, it provides various virtual rewards that you can transform into real crypto. The title relies on the Hive blockchain to store its data.

Fans of fantasy football can now test their managerial skills in the metaverse. You can take part in weekly tournaments while your cards get affected by what each player does in the real world. With more than 200 licensed clubs, Sorare is an excellent game for football fans who like collecting and selling unique cards. It takes everything fun about collecting rare cards and combines it with NFTs to add a whole new layer to it.

Like a traditional RPG game, players have to develop their hero, complete various tasks and missions, and manage resources in DeFI Kingdoms. All of this makes it a very approachable NFT title for all kinds of users. Over time, you can earn the game’s token, JEWEL, and convert it into crypto. The style of the title is very retro which adds to its appeal for certain gamers.

Treeverse is a beautiful-looking title that combines an MMORPG with a combat system like that of a MOBA title. You can get land, fight with beasts, join guilds with others, get rare and powerful weapons, and more. Like other NFT games, players can earn some tokens along the way and get a little richer. Perhaps the best thing about this title is that it can be very appealing to mainstream gamers when it launches.

A strategic space exploration and combat game, Star Atlus can prove to be a real competitor to the likes of Elite. This is poised to be a Triple-A title with excellent graphics and gameplay. With player-versus-player and player-versus-environment game modes, Star Atlus promises to be an exciting and engaging title where you’ll be able to build your fleet of ships and even use your ships as an investment.

Wizards and Dragons: Reborn is a game that aims to rise from the ashes of another game by the same developer that didn’t quite work out. This new title is an RPG in which you will win GP tokens by completing PvP tasks while trying to avoid the Dragons who will take away your winnings. The design is done in a pixel-art style so it looks quite retro and cool. The only point of concern with investing in this title before its release is that it’s unsure whether the developers will be able to make it a success this time around or not.

NFT gaming has come a long way in a very short while and it shows no signs of slowing down. The inclusion of NFTs in these titles can go from what can feel like an afterthought to something absolutely essential to the gameplay. In the latter category, NFTs are what drive the experience and that is what excites many supporters in the first place. Whether you like titles based on building a new world for yourself or some good old combat, you can easily find something to love.