The Ultimate Hack to Castlevania: Circle of the Moon 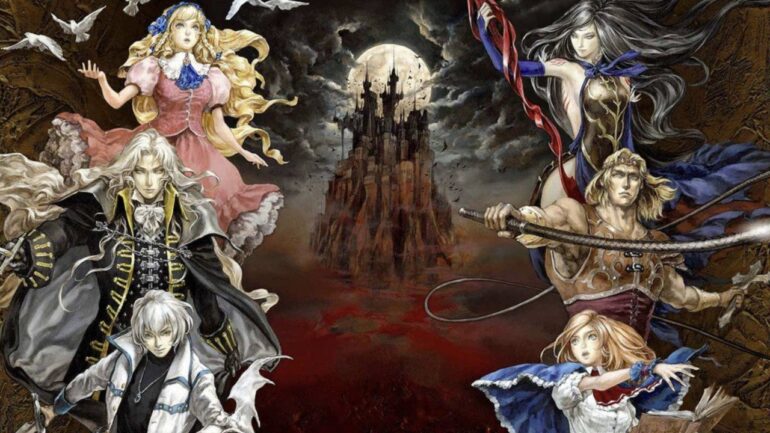 Castlevania: Circle of the Moon, is a video game by Konami for Game Boy Advance. The game was first launched in 2001 and sold close to 500,000 copies (300,000 copies in North America and 200,000 in Europe). It is with a series of other Castlevania video games. Castlevania circle of the moon rom centers on the never-ending conflict between Vampire Dracula and the Vampire hunters of the Belmont clan.

Castlevania: Circle of the Moon has a 91% rating on Metacritic. The video game was re-released as a continuation of the Castlevania: Advance collection in September 2021. These collections include, Windows, Nintendo Switch, PlayStation 4 and Xbox One.

With that said, this read will walk through everything you need to know about Castlevania: Circle of the Moon.

Characters in Castlevania: Circle of the Moon

Castlevania: Circle of the Moon has a total of 5 characters, and they are:

Castlevania: Circle of the Moon/Gameplay/The Plot

In 1830, the worshippers of Chaos tried to revive Count Dracula at an old Austrian castle. When Morris Baldwin, Hugh Baldwin, Morris Baldwin, and Nathan Graves were aware of the act. They went to stop the resurrection and restoration of Dracula’s power. Unfortunately, they arrived a little too late. As Camilla commences the rite to revive the Lord of the Night.

But Dracula is required to wait till the full moon ritual is done before the fullness of his power is restored. Before Morris and his apprentice could stop the ritual, Dracula pulls down the floor under Nathan and Hugh. And that leaves Morris alone with Dracula and his minor.

Luckily, they survived the fall. Hugh runs to save his father (Morris) and warned Nathan to leave the castle. But he decided to stay and make sure that his master is safe. Nathan ended up fighting Camilla.

Eventually, Nathan realized that Hugh has been possessed by Dracula. As the Lord of the Night has exploited his desire to be more powerful than Nathan. Hugh now yearns to be more superior to Nathan. So his father can bestow him the Hunter Whip and not Nathan. Hugh later came back to his sense after he was defeated by Nathan.

Nathan Graves entered the ceremonial room to defeat Dracula’s ultimate form. He rescued his master from the sacrifice of the full moon ritual. In the process of this fight with Dracula, Hugh rescues Morris and leaves the castle with him. Before Dracula was sealed he said, “It is a wasted effort. I will never be truly gone. So long as there is darkness and desire in the soul of man, I will continue to be revived”. Nathan’s response was “And we will be there to stop you. You can bet on that”.

Castlevania: Circle of the Moon/Gameplay

The gameplay in the video game can be likened to other Castlevania. In the 2D side-scrolling style of gameplay, players are tasked to explore a big castle surrounded by evil aberration and the undead enemies in no order. When the player defeats generic enemies, they drop weapons and other useful items. Apart from that, dead enemies allow the player to earn experience points that enhance the player’s abilities. When the player gets to the boss enemies there is a progression in the plot. As their defeat allows the player to unbox new abilities like the double jump.

With that said, Circle of the Moon centers on the classic Castlevania action style. For instance, Nathan (the main character) makes use of a whip and side weapons (ax, holy water, knife, stopwatch, and cross) to attack enemies.

Furthermore, the gameplay comes with a unique feature for magic known as DSS (Dual Set-Up System). It also enables players to unveil multiple cool abilities by combining 2 different magic cards namely Action and Attribute cards. Let’s say you combine the Salander Card (Attribute card with the power of fire) and (Attribute card with the power of whip enhancement) you get a fire elemental whip attack. In a nutshell, all these cards are dropped by different enemies.

Castlevania: Circle of the Moon/Weapons

The primary mode of launching an attack on the game is Hunter’s Whip. However, other sub-weapons are in different designated areas in the castle. These weapons consume hearts when utilized. Therefore, players have a limited supply. But you can acquire hearts in most candles and sometimes the enemies drop them off. On most modes, you can only acquire a maximum of 50 hearts. But the numbers can go up real quick and makes it impossible for you to run out of ammunition.

A player can only carry one secondary weapon at one time. Therefore, when you acquire a new weapon, the previous ones you acquire will be discarded. The sub-weapons include:

Castlevania: Circle of the Moon/Items

Certain items can restore hit points. The potion restores very few hit points. Therefore, it is paramount that you have a minimum of five potions. Other items include:

Castlevania: Circle of the Moon/Conclusion

By now, I believe your knowledge of the Castlevania: Circle of the Moon has been widened. The game is adventurous and fun to play. Although it has a single-player mode, that doesn’t mean you can’t make the most of it.