Top 10 The Legend of Zelda Bosses 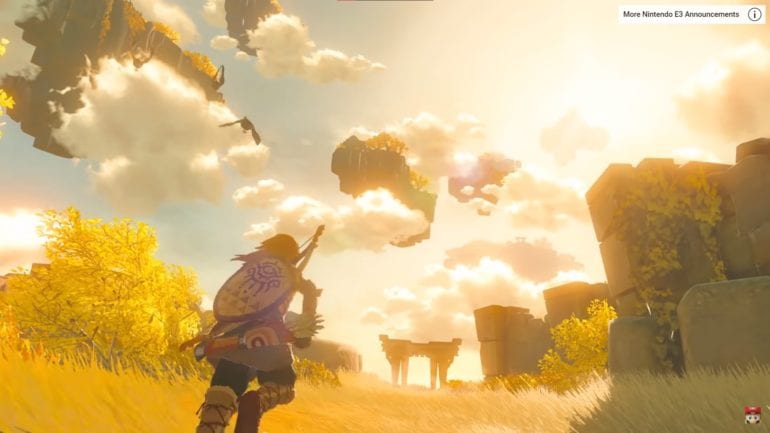 What is it about The Legend of Zelda that resonates so strongly with so many fans? Is it wonderful music? The fantasy setting and surprisingly intricate lore? The quirky casts of characters? The puzzling dungeons? Indeed, for many of us, it’s all these things and more.

One aspect that cannot be forgotten is the suitably legendary lineup of boss encounters. Many times throughout every Link’s adventure, the capable young hero must stand bravely against these formidable foes. Entire tomes could be written analyzing every boss in sterling detail. Today, we’ll limit our examination to the top 10 Legend of Zelda bosses of all time.

And I assure you, choosing just 10 is no easy task.

One of the loveliest things about combat in The Legend of Zelda is that it has always challenged our perception in meaningful ways. From the Octoroks of the very first game to the Lyonels in Breath of the Wild, success typically hinges less on reckless sword swings and more on recognizing patterns and using that newfound knowledge as your true primary weapon.

In A Link to the Past, the Helmasaur King perfectly embodies this notion. In some respects, it is easy to perceive what must be done in order to survive the battle. Bluntly, it has a big helmet on its head.  Destroy the helmet and you’ve almost won.

The challenge stems from observing the Helmasaur King’s fireballs and tilting your position accordingly. The fireballs split into three and then each smaller ball splits again into four, meaning much of the combat space is alight with damaging flames on a consistent basis. The key to victory? Right angles. The direction the fires will take depends on where Link is standing at any given time, and they can be manipulated into launching diagonally so long as Link is always moving at a right angle from them. Clever.

Igos du Ikana has two great things going for it. Not only is the battle itself a wonderful mind-bender, but the story behind the creature is emotionally stirring enough to make the whole thing a bit of a tearjerker. The ravaged remains of a once-proud king, Igos du Ikana’s land was ravaged and the king himself was cursed to roam the ruins of his fallen realm. This level of sorrow from a Legend of Zelda mid-boss is a rare treat.

Igos summons two sword-toting lackeys against you over and over again; hey, they’re dead so it’s fair play, right? Destroying them involves — get this — burning down the curtains with fire arrows. A carefully timed tilt of Link’s blade will then bounce outside light at the lackeys, laying them to rest at last. Repeat the process with Igos himself and you’ll have bested atop Legend of Zelda boss.

Skyward Sword has recently been remastered for the Nintendo Switch, removing some of the more tedious aspects of this divisive entry and allowing for players to navigate the game via a traditional controller. Until now, the Wii exclusive required complete use of that system’s motion control to simulate real sword fights and such.

Some of the novelty in battles against Skyward Sword bosses is lost in translation now that we can swing analog sticks instead of risk knocking over cups of coffee in the living room, but Koloktos maintains a sense of smug superiority. This strikingly well-designed robotic colossus is in possession of six cyborg arms that move almost like clockwork to both defend its blatant heart-like weak point and assault Link to the fullest of its ability.

In true Zelda fashion, Link’s task requires a methodical approach. You’ll need to repeatedly remove Koloktos’ limbs with a whip while the automaton attempts to flay poor Link alive. Whether with Wiimote, Joy-Con, or Switch Pro controller, the ultimate trick here is to be tenacious.

I don’t imagine Head Thwomp, or indeed, any boss from the Game Boy Advance pair of Oracle games tends to land a spot on these sorts of lists often. Oracle of Seasons and Oracle of Ages, a duet of Capcom Zelda games from future Breath of the Wild director (!) Hidemaro Fujibayashi, each contains one half of a story that properly concludes at the tail end of whichever chapter you choose to play second.

There aren’t a whole lot of spectacular boss fights in the games, but an early Oracle of Ages exception is absolutely this thwomp-headed… thing. Head Thwomp has four forever-rotating faces and it prances around in midair like a possessed Tiki Mask. Players must toss a bomb into its open-top, but that toss must be timed so that the bomb goes in when the red-colored face is on the screen. Any of the other three colors results not in damaging the boss but in triggering one of its deadly special attacks.

Are you afraid of the dark? In Ocarina of Time, one of the many nifty gadgets Link will acquire is the Lens of Truth, a key item that reveals various otherwise-invisible objects — including Shadow Temple showdown boss Bongo Bongo (try to beat it), This maniac is little more than a giant head and huge floating arms, and you’ll go to war with it atop an enormous bongo drum.

The Lens of Truth depletes your magic bar, so Link must use it sparingly. Unless you have Hover Boots equipped, you’ll bounce around all over the place as Bongo Bongo’s giant hands do their part in contributing to Ocarina of Time’s unforgettable music. I love every song on that soundtrack except this one. Not because it’s bad, but because Bongo Bongo is a nightmare I’ve never fully awoken from. More than anything reason to make the cut as a top Legend of Zelda boss.

The Legend of Zelda: Breath of the Wild excels on myriad levels, but for the most part its boss battles aren’t one of them. Monk Maz Koshia, available through the game’s Expansion Pass, is a stellar exception. Unlike every other Sheikah monk in the game’s well over 100 shrines, Maz Koshia doesn’t just lay there all corpse-like and congratulate you for your hard work.

He comes at you hard and fast, first as a swordsman and archer who can cast doppelgangers of himself en masse, and then as a towering giant whose arsenal includes, but is not even limited to, lasers, boulders, missiles, and his own feet. The outlandishness of it all earns this loon fifth place.

Twilight Princess employs quite possibly the strongest suite of endgame boss fights in the franchise. After Puppet Zelda and the primal Beast Form Ganondorf comes a satisfyingly frantic sprint across the game’s sprawling Hyrule Field as Link and Zelda, on horseback, evade ghostly monsters galore.

It is this, the final phase, the duel against “Dark Lord Ganondorf” that reigns supreme. Hyrule is blanketed in storm clouds. Lightning strikes again and again. Every gust of wind is visible. Ganondorf moves slowly… until he doesn’t. Smart evasiveness and risky lunges must be counted upon in equal measure if Link is to defeat his foe once and for all. Dark Lord Ganondorf ranks so highly thanks in large part to its atmosphere, but the fight itself is no breeze.

Like the duel with Dark Lord Ganondorf, the deadly dance with Majora is a game-ending affair. The titular antagonist comes at Link in three increasingly chaotic stages, First there’s the Mask, a creepy clash with a foe that streams fire across the arena; the angles necessary to avoid taking damage are reminiscent of our aforementioned tenth-place Helmasaur King. Next up is the Incarnation, a creepier conundrum as the being attempts to blast Link with beams of pure energy at an alarming pace. At this point staying alive relies upon razor-sharp reflexes.

The final form, Wrath, is surely the creepiest. There’s nothing quite like going head-to-head against a giant, one-eyed, stationary, purple, planet-eater. That’s not quite the way that old song goes, but believe me, this thing’s bad news. Of course, players who have obtained the Fierce Deity mask can cheese all three stages with a god-like power never really seen before or since, but then, in its own way that only adds to why this is one of the best Legend of Zelda bosses.

Majora’s Mask and Twilight Princess both nab not one but two spots on the list. How cheeky of them. Stallord, however, is anything but cheeky. It is a massive reanimated skeleton, draconian in design and spewing black flames from its skull as Link — get this — rolls up and down a corkscrew-like conveyor at rapid speed in a tower-like dome atop a spinner that feels like one part serrated skateboard, two parts broken pinball machine, and three parts “do not attempt this at home.”

There is nothing like this fight anyplace else in the franchise. In many minds, it’s not been topped. The tone of this ordeal, the alacrity involved in the undertaking, and the sheer absurdity of it wins Stallord the runner-up spot.

Much and more has been said for the confrontation right after Puppet Ganon, the customary Link versus Ganondorf final duel that plays out like a more somber precursor to Twilight Princess’ later rendition. To be sure, it is a banger. Yet for my money, it is the conflict that plays out immediately beforehand that not only eclipses the finale but ranks as the single best boss fight in Legend of Zelda history.

Puppet Ganon, like Majora, comes in three flavors. First up is the pig-like beast, followed swiftly by a spider and then a snake. Each form is larger than the last, with the snake racing across the sizable battlefield at such a pace that one would be forgiven for believing Link is playing the role of the invisible morsel surely om the mind of the ever-enlarging snake from the 1976 arcade game and its plethora of calculator spinoffs.
This is an archery contest, and Wind Waker Link must prove himself to be the best archer in the franchise. The gimmick is as traditional Zelda as it gets — shoots a blue orb located somewhere on your enemy’s body. But good luck skewering that orb by the time Puppet Ganon starts to slither around Hyrule Castle like a bullet train.