What are the best esports games outside of the top three titles? 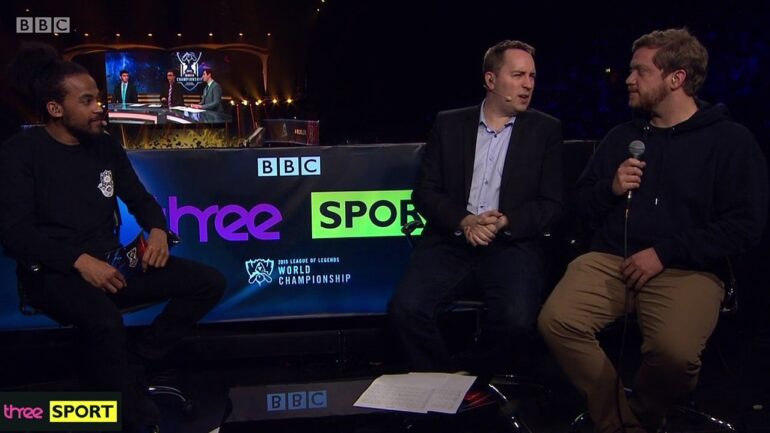 The esports world has been dominated by three titles for a long while. These games are MOBA giants League of Legends and Dota 2 and tactical first-person shooter titan, Counter-Strike: Global Offensive. They are the biggest esports games in the world but there are other titles that deserve a spotlight.

The esports industry has only grown in the past decade with more titles being released every year. More people are noticing esports and they are recognizing its great potential. There have been talks of esports possibly surpassing classic sports we know of as the biggest competitive scene in the world. While it is far from happening, the possibility will come in the future.

People can even make wagers on esports like what they do with classic sports like basketball and football. With the latest advancements in technology, you can now bet on esports with Bitcoin which proves that the esports world is forward-thinking and complements the betting industry.

Riot Games have produced multiple big hits in its history. You can think of Teamfight Tactics and Legends of Runeterra as big games. Of course, you have to mention League in this topic because Riot created the biggest esports scene in the world with that game. Their MOBA is their flagship game but Valorant has the tools to become one of the biggest games of all time.

Valo took inspiration from multiple sources but Valve’s CSGO is probably the biggest influence. The game is similar to CSGO in terms of the FPS mechanics because they have similar weapons and the model of planting a spike/bomb is almost the same. However, Riot managed to put a unique spin into the tactical FPS genre and separated itself from CSGO as they have agent skills.

In Valo, you will play as one of the multiple agents. Agents are the in-game characters that all have unique skills that function as the utility for the game. In CSGO, you can see grenades as the main utility but in Valo, it is all about skills. This can range from smokes, healing spells, to a completely different weapon from what you’re used to.

If you look at it properly, you can see that Valo is a good mix of League/Dota and CSGO as they showcase the skills but it is still an FPS game at its core just like CS.

On the esports side, the Valorant Champions Tour has only been around for a little bit over a year but it has produced some quality teams already. This will continue to grow in the future as more people find out about Valo.

The hero shooter is not restricted to Valo because Overwatch had a unique idea when it was launched back in 2016. It is a team-based FPS game but it is not similar to CSGO. It functioned more as a unique game because there are many different game modes in this title.

Overwatch’s esports scene is one of the biggest in the world, especially with the presence of the Overwatch League (OWL). The league has a unique system where they have franchises, similar to how the NBA operates. The game has proven to be a big hit for the players and fans as it’s portrayed as a pro league like the NBA and MLB.

Unique concepts can go a long way, especially in video games. Rocket League is a special concept consisting of a football game but instead of people, gamers will control remote-controlled cars. This has been one of the most exciting games to play and its esports scene is a fun watch.

Skill is a huge part of the esports scene because you will see players pull off some amazing moves. Its esports scene should be on everyone’s radar because you can see people making amazing plays to win tournaments.

While it can be considered a niche game, Rocket League deserves the spotlight over most games in the esports world.

The battle royale genre has had its fair share of esports tournaments over the years but Apex Legends takes the cake for the highest-quality game of the bunch. While people will talk about the PlayerUnknown’s Battlegrounds (PUBG) esports scene and Fortnite’s World Cup, Apex has taken it up a notch when it comes to BR esports.

Apex is a chaotic game filled with amazing plays and quick reactions but its esports scene is one of the easiest to follow compared to other BR esports. Apex’s gameplay is similar to Overwatch and Valorant because certain characters have unique skills. However, this is rooted in the BR genre which makes it more appealing to people outside to catch up and watch the esports events.

Those were just some of the biggest esports in the world outside of the top three. It is tough to pick from the esports world because there are even more games out there that deserve attention. Honourable mentions go out to the likes of Rainbow Six Siege, Hearthstone, and many more. Hopefully, people can appreciate esports and how it can grow further in the future, especially for gamers who love to bet on esports with Bitcoin.