Who Is The Strongest Team In Madden NFL: the Rams or the Bengals? 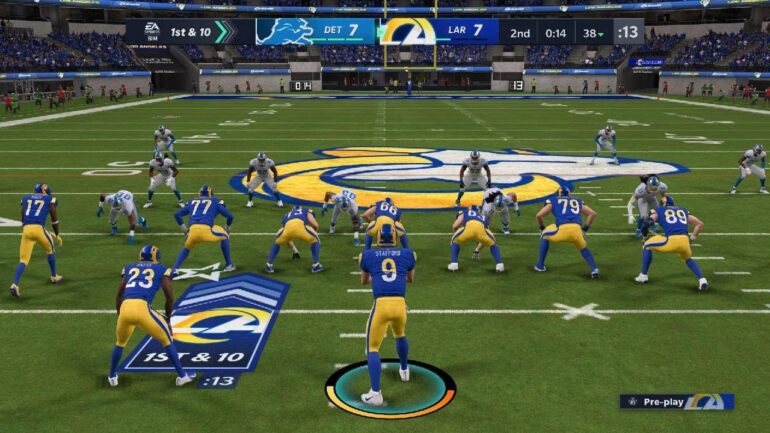 The latest Madden NFL 22 is one of the best versions of the franchise, and what makes this game great is the strong connection to real-world football.

With the Super Bowl coming through we need to take a look at the two teams still in the competition. While you might be analyzing the Super Bowl Odds 2022: Bengals vs. Rams, simulating the game with the teams in Madden NFL might help to come to a better conclusion.

The graphics, which are marginally improved in the past couple of years, as well as the gameplay and accurate real-world teams ratings. No wonder why Madden NFL 22 took the record in sales in August.

EA has been working hard in order to accent each team’s strong and weak sides that can strongly affect the game. Apart from the most valuable ratings like offense and defense, there are many things to consider to choose a strong team. For example, the chemistry between the players, perfect matches (choosing the strongest team isn’t always a wise option), strong sides, and player advantages.

If you are only interested in playing with the strongest team in the league, you should consider playing with the Buccaneers, Chiefs, Packers, Ravens, and Browns. These are the top 5 teams in the NFL based on overall rating, which isn’t too surprising considering that three of them have been in last year’s final four standings in NFL Playoffs.

The Tampa Bay Buccaneers are not only the highest-rated team in Madden NFL 22 but also the only team that managed to get more than 90 overall ratings. Their offense rating is set at 92, followed by a great defense with 90.

But, as we mentioned before, playing with the best teams won’t always secure you a win. You need to find the opponent’s weaknesses and choose a team that has the right lineup no matter if their rating is lower.

This applies to the latest result from the NFL playoffs, where the Cincinnati Bengals and Los Angeles Rams managed to secure a spot in this year’s Super Bowl. Their incredible performance this year made a huge correction to their overall rating. The Rams started with 84 overall and now sit on 87 and it is the same with the Bengals which started with 75 and now have an 80 overall rating.

The Los Angeles Rams had an impressive season with a 10-10-0 against the spread, 21.9 average points per game, and have turned the ball over two more times (23 in total). When it comes to Madden NFL rating, it is constructed by the players that participate in the action and their performance. The NFL also has an Auto-upgrade feature that allows the game to follow players’ stats and ratings from the real world.

The Los Angeles Rams have some impressive athletes in their lineup. For example:

Is one of the highest-rated in Madden NFL 22, with 99 overall. He plays as a cornerback, and at only 26 years old he has achieved many things in his professional career. His passing might be only at 23, but with general sitting at 89 and incredible defense and ball-carrying skills, he is definitely a threat for the Bengals.

Here we have another NFL Athlete with 99 overall from playing as a right defensive end. Aaron Donald has a 90 rating in general, 75 in defense, 48 in blocking. He is a crucial part of the Ram’s defense.

Other exceptional players from the Rams are:

On the other hand, we have the Bengals which too had an incredible season. They went 13 wins in 20 games against the spread, used more than 40% of their opportunities, managed to get 21 turnovers, and averaged 27.1 points per game, which is more than the Rams.

Their highest-rated athlete is Joe Mixon with 93 OVR which is a definite threat for the Rams especially if you consider his exceptional ball-carrying and receiving skills. He is definitely a contender for scoring multiple touchdowns.

Jessie Bates III is the second-highest-rated from the Bengals with 91 OVR. He plays as a free safety and a strong section of the Bengals defense.

Other great players from the Bengals are:

When it comes to Madden NFL ratings only, the Los Angeles Rams are the strongest team out of these two. However, many practices show that this doesn’t always have an effect on games, especially for big games like the Super Bowl.