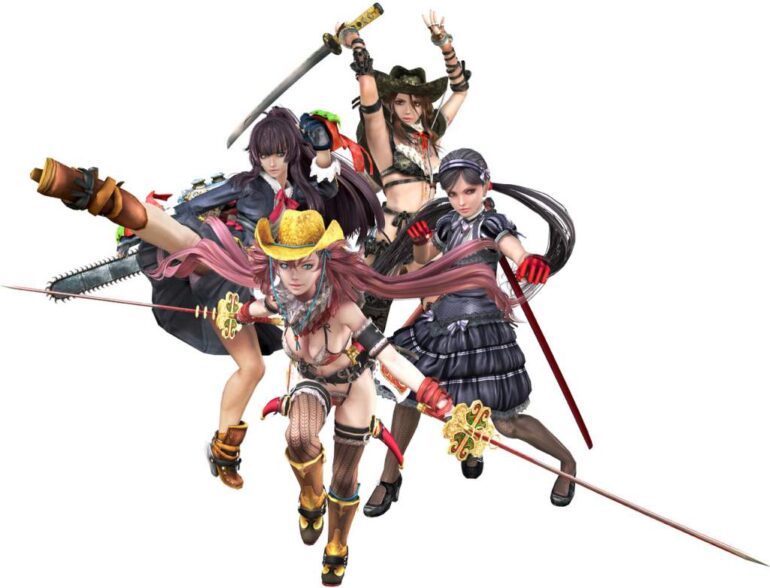 Onechanbara Z2: Chaos is the latest iteration in the Onechanbara series featuring the world’s sexiest zombie slayers. With two sets of buxom vampire sisters at the player’s disposal, over a dozen stages of high-octane real-time swordplay await, each characterized by the hordes of zombies infesting the land and the over-the-top methods our heroes employ to kill them. Fight off the invasion in gruesome detail, sending limbs and blood flying every which way through a variety of physical attacks and acrobatic maneuvers, occasionally transforming into a demon for short bursts of added power and speed at the cost of life energy. Each of the four members of the so-called “bikini zombie squad” has her own unique abilities, and skillful play is rewarded with orbs that can be exchanged for upgraded weapons and outfits.

Key Features:
Zombie-Slaying Action has Never Looked So Good
The bikini samurai squad of Onechanbara return armed with a plethora of new moves and new Dare Drive or Xtasy demonic transformations for short bursts of intense power.
Four Lovely Ladies, Four Unique Playing Styles
Each of the playable ladies has her own unique weapons and abilities, and players may tag-team among them on the fly or even perform team combos.
Tons of Customization and Replay Options
In addition to the series’ most involved storyline to date, Mission Mode provides specific challenges to complete, while skilled gameplay will unlock Yellow Orbs which can be exchanged for new gear and outfits to help earn a top spot in the online leaderboards.
A Suave, Stylish Soundtrack Supported by Dual-Language Voice-Acting
In addition to the funkiest, catchiest and most outlandish soundtrack the franchise has ever known, players may also choose whether to enjoy the gameplay experience with the original Japanese voices or – for the first time in series history – a full English dub.

Onechanbara Z2: Chaos will be hitting Fall 2015 for PlayStation 4