Navigate a world of political intrigue in glorious 16 bit art. 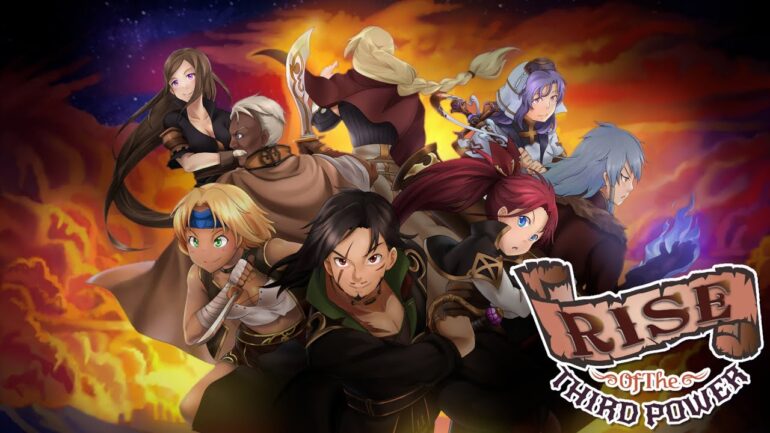 If you love SNES inspired RPGs with a twist, you will love Rise of the Third Power. Developed by Stegosoft Games and published by DANGEN Entertainment, Rise of the Third Power is a love letter to the glory days of the console style RPG while possessing some of the best parts of modern Japanese and Western gameplay systems and writing.

What is Rise of the Third Power?

Rise of the Third Power is a retro-themed, console-style roleplaying game that’s loosely based on the political climate of late 1930’s Europe leading up to the second world war. The game’s story takes place in the land of Rin during the height of the Age of Sail.

Players take controls of a party of eight characters, each with their own motivations, as they embark on a suicide mission to topple the Arkadyan emperor, Dimitri Noraskov. The world of Rin is a powder keg for war, and our heroes have navigate the political world of allies and enemies, obvious and not so obvious.

The game has a battle system wherein characters simultaneously participate in battle without the need for party management. To succeed, players have to combine each character’s unique powers and disadvantages, analyze the abilities of your foes, and set formations to get the most out of all your fighters.

One of the most unique aspects of the game is the way it handles gear and equipment. All pieces of equipment are unique for each character. Purchasing upgrades removes the need to constantly replace gear. As an additional bonus, upgrading gear further refines your preferred playstyle.