Warhammer Vermintide 2 is the successor of the famous Warhammer: End Times – Vermintide. If that doesn’t ring a bell, think of it as Left for Dead with a fantasy story.

It’s a first-person cooperative game where you fight against rat men called Skaven and sometimes evil tentacle things called Chaos spawn. Although the story continues from the first game it does not confuse you if you didn’t play it.

Essentially, you are one of the five heroes of Ubersreik, a city in the Warhammer fictional universe. Together with your band of heroes, you work together through a series of missions to defeat Grey Seer Rasknitt, the enemy clan leader. Do you get it? Vermin because rats and Tide because there are waves and waves of them? I just found that bit funny.

Vermintide 2 is more beautiful than the previous. Fat Shark, the developer, has updated the locales. The ratmen look more detestable and the chaos spawn got slimy. The sound effects for slime seem pretty memorable to me.

There are five heroes to choose from. First is Victor Saltzpyre, a Witchhunter complete with the hat and all. Next is Sienna Fuegonasus, a Brightwizard whose head is on fire and hurls fire at the enemy. Third is world-weary swordsman, Markus Kruber. Another is the lovable dwarf ranger Bardin Goreksson and finally the mysterious wood elf Kerillian.

After choosing which hero you want, you go through an engaging tutorial. Vermintide 2 introduces you to the heroes and their relationships with each other without it being too over the top. It is a giant leap from the previous version considering it did not have a tutorial anyway.

However, if you are the type of person that enjoys the game more because of the lore, this game delivers. It has a wonderful community as well. Aren’t you curious how this group of unlikely heroes got together? What trials did they face to get along? Since Vermintide 2 is from the Warhammer universe, the story is pretty long and will require it to be a whole different article in itself. In the meantime, you can go to the Vermintide 2 subreddit for the lore.

It is already amazing that a first-person coop can have a magic user that hurls fireballs at people. More than that, this game has a class system! Do you want to be a dwarf ninja? Go right ahead.

However, you’ll need to keep playing the game using Bardin Goreksson and level him up a bit to unlock that. Each hero has three careers that you can unlock, its own talent tree, lots of passive abilities and one active ability. It is like mixing and matching especially when you have a couple of dedicated yet crazy friends who want to test things with you.

I like how you can use a controller for Vermintide 2. You would expect a lot of games to have controller support immediately but you should be surprised. What do I mean by using a controller in a first-person game? I’ve gotten rabid remarks about such heresy but I like having options whenever I can and Fat Shark delivers that.

About options, they also mentioned from the get-go that there is mod support. Just think about it, you will be replaying the game to unlock the other careers. It won’t be tiresome if the community eventually makes more content. There are so many possibilities now that they have said that very early. In a few months from now, I can imagine more monsters, alternate careers and more maps to enjoy. Maybe even Necromancers!

Whenever you don’t have friends though and you’re accompanied by AI, they’re still not that great. End of Times had a better AI and it was only because of a mod. I’m sure they will improve on that in due time. However, it’s best to play with other people, randoms are fine. Friends are better.

The music was just fine too, ambient music was acceptable enough for my levels of immersion. It’s nothing to write home about.

As for how much it costs, it is acceptable. I like owning a game with this much potential. I have to admit it isn’t a masterpiece right now but I like paying for a game that I know will evolve in the future.

Vermintide 2 is available on several platforms but I really recommend going for where you’ll have friends to play with. I cannot stress this enough. Playing this game with friends is truly worth it.

Warhammer Vermintide 2 - Review
Score Definition
When the issues of a game are rolled and stomped by its greatness, then it’s something to invest on if you have some spare.
Pros
Very active community
Developer implements community feedback
Excellent replayability
Cons
AI needs to be improved
Several bugs that need to be addressed
8
Great 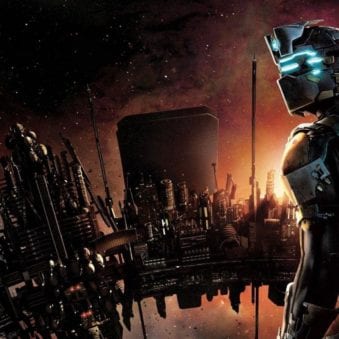