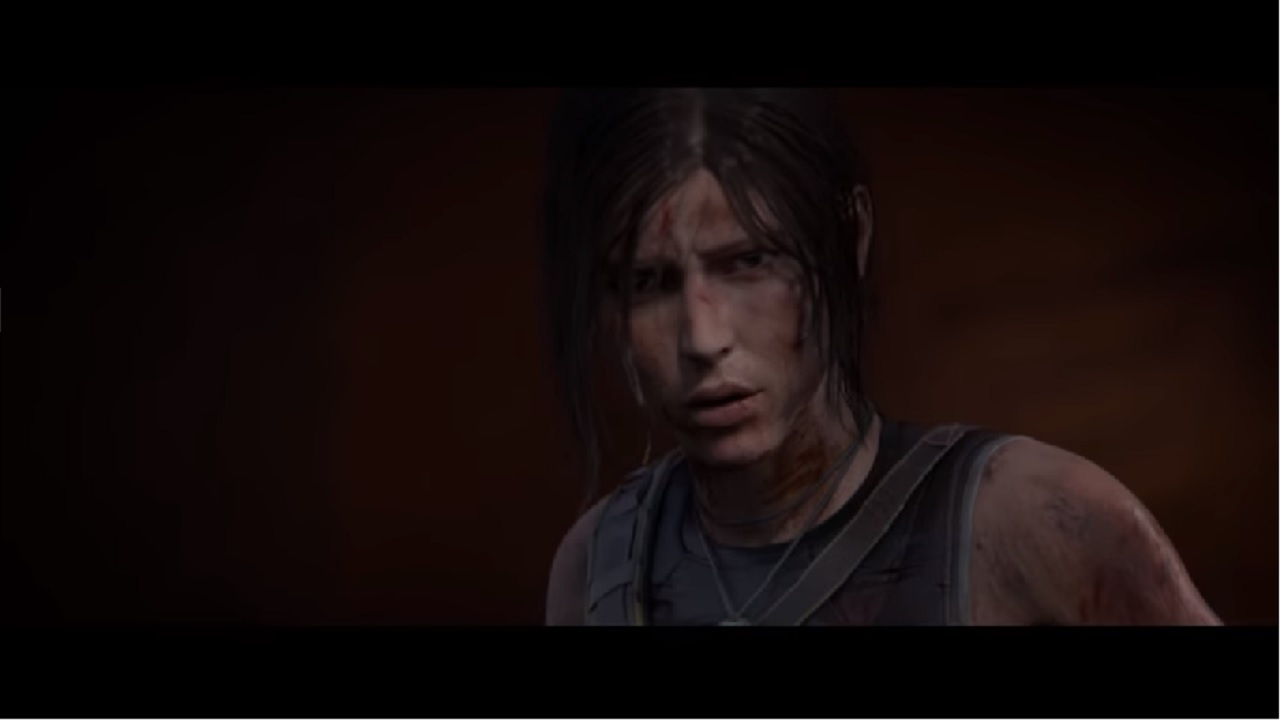 Game publisher Square Enix recently revealed the details of the special edition and season pass of the upcoming Shadow of the Tomb Raider.

Square Enix announced that there are four overall version of the game at launch. These versions are Standard, Digital Deluxe, Croft Edition, and the Ultimate Edition. The Standard Edition will have a retail price tag of $59.99 only.

The Digital Edition of the game will feature an early access to it for 48 hours before the official launch date. It will have an Additional Skills Booster Pack, the game soundtrack and an additional Weapon and Outfit Pack. 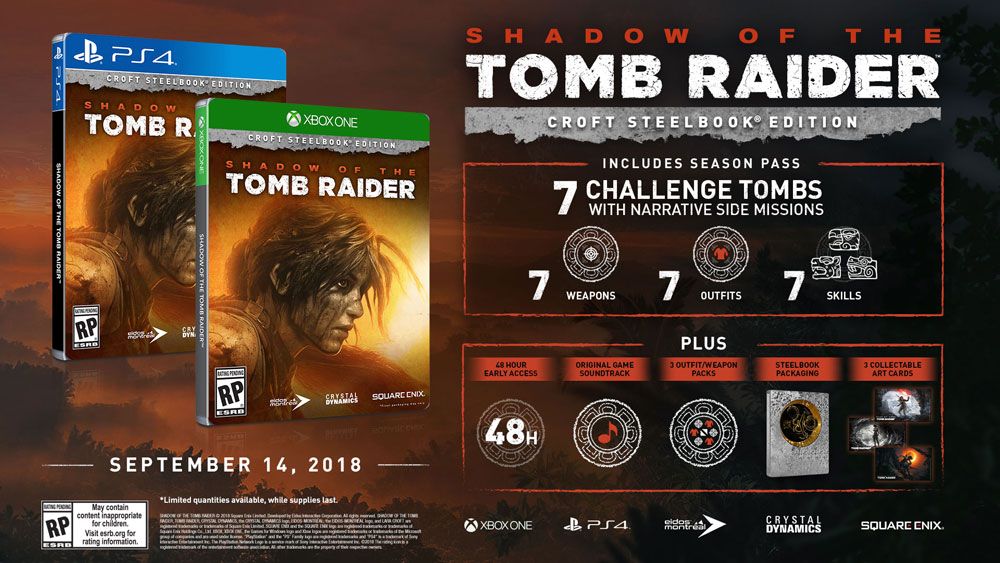 The Croft Edition will have all of the bonuses of the Digital Edition plus the game’s Season Pass. The game will be a digital version.

The Ultimate Edition of the game will have all of the bonuses with a collectible Lara Croft statue. It will also have an axe bottle opener and a flashlight with the Tomb Raider-themed flashlight.

The Steelbook versions of these editions will be available for those who pre-ordered the game at select retailers only. 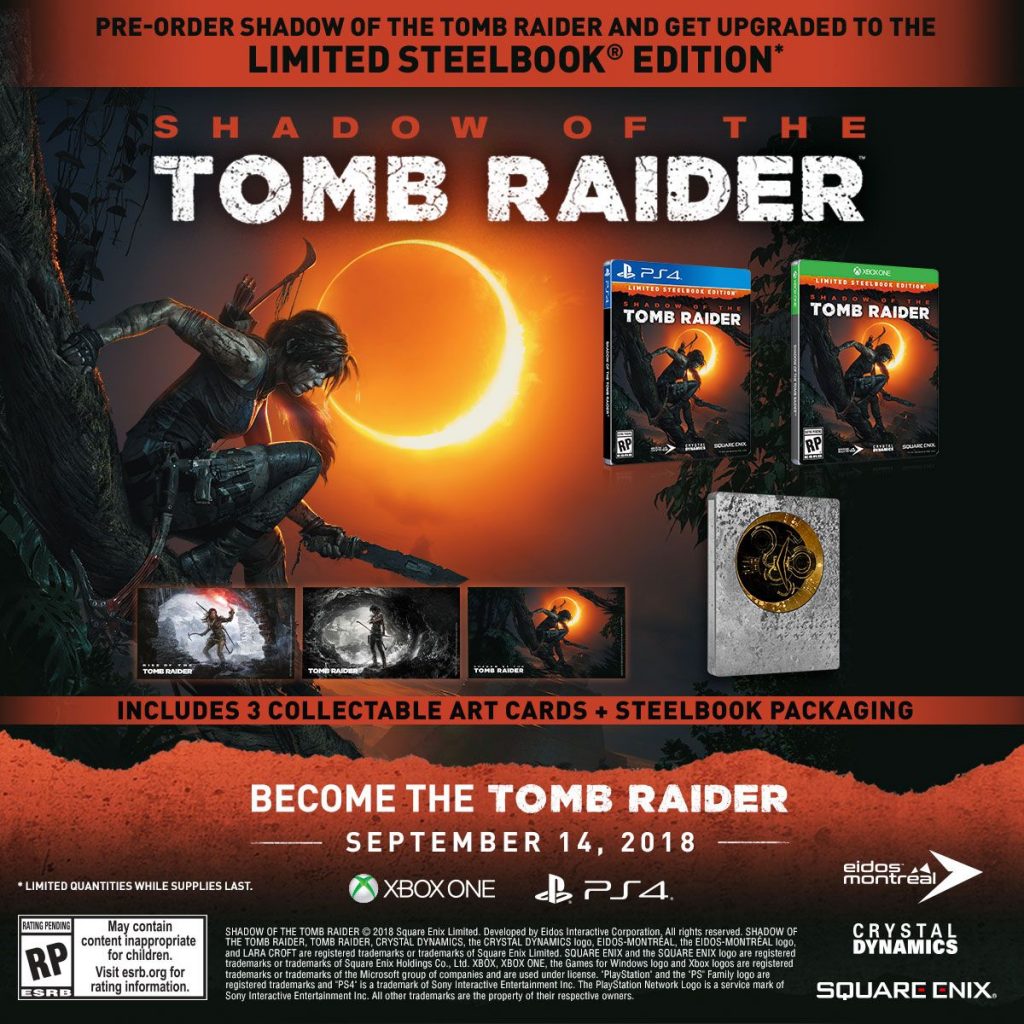 The Season Pass was revealed to feature a new adventure every month after the game launches. This will include seven new Challenge Tombs, seven new weapons, seven new outfits, and seven new skills for protagonist Lara to unlock.

Shadow of the Tomb Raider will release this coming Sept 14. It will be available on PlayStation 4, Xbox One, and PC.

Check out the official trailer below: