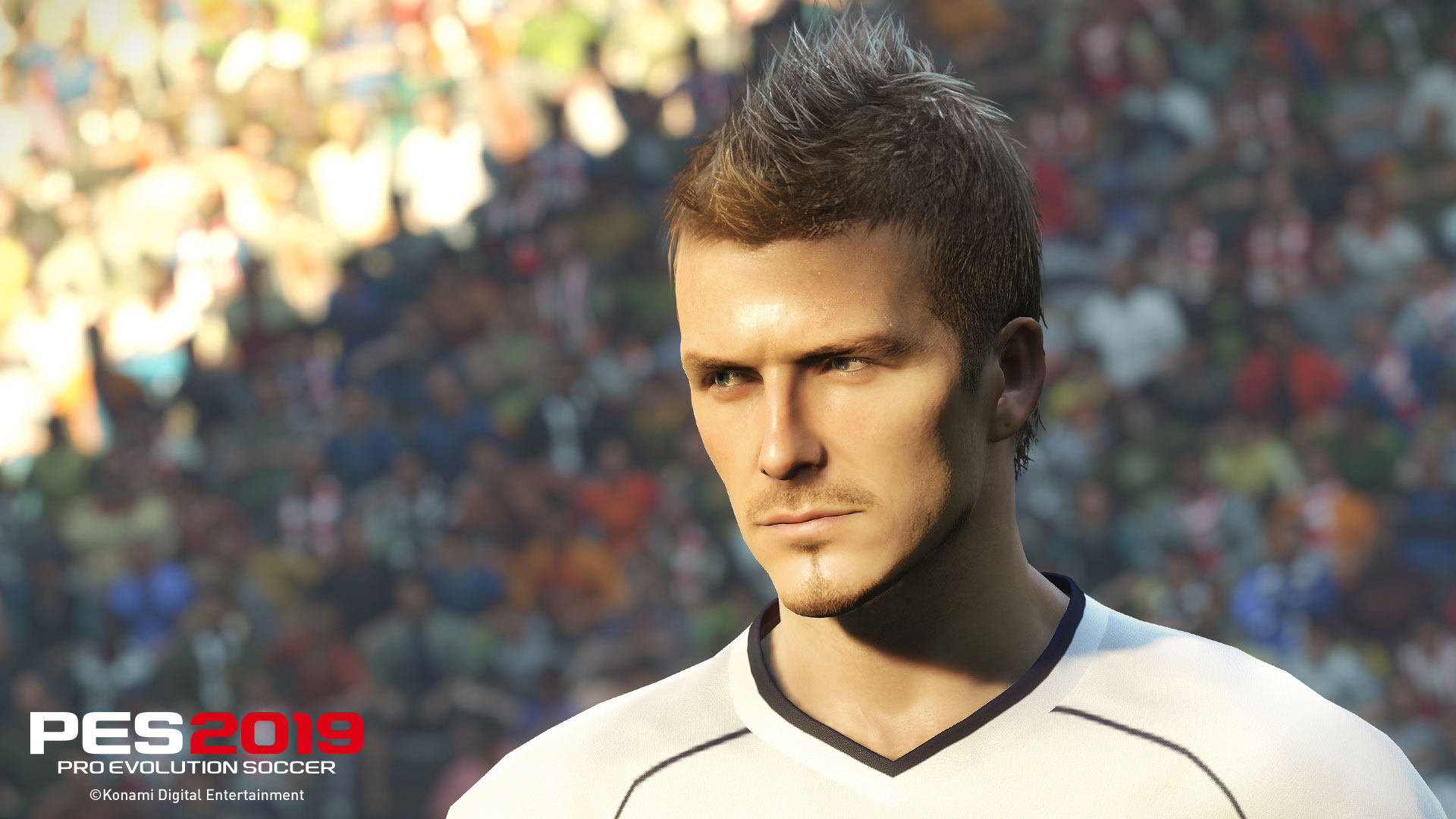 Konami has today announced its most exciting football game ever, PES 2019.

PES 2019 will fulfill Konami’s ongoing commitment to increase the number of licenses confirming; more fully licensed leagues and stadiums, more club licensed partnerships, and a host of new Legends that will be announced in the weeks to come. FC Barcelona star and global ambassador Philippe Coutinho will be featured on this year’s cover while a special David Beckham edition featuring a present-day version of one of England’s all-time greatest footballers.

Fans will be able to experience lifelike player movement making PES 2019’s famed superior gameplay even greater as Beckham, Coutinho and more have their unique playing styles brought to life. The game takes player individuality to the next level by introducing a variety of new skill traits that give the player a chance to create Magic Moments on the pitch, which is now the forefront of PES 2019’s superior gameplay.

Finding space in tough-to-break down opponents will take a twist as well with Visible Fatigue, which will impact performance and behavior. New shooting mechanics will take into account improved ball physics, player and ball position, and player skills and shot styles. Hitting the back of the net in PES 2019 will be more satisfying than ever before with new net physics and celebrations added, teamed with new crowd animations.

The beautiful game has never looked better thanks to ‘Enlighten’ software for true-to-life visual effects and 4K HDR across all platforms. Real-time ‘Global Illumination’ lighting and shadows have led to improved in-game graphics with better crowd detail, real grass textures and the return of the incredibly popular snow weather effect.

myClub will see its biggest revamp to date, as the brand new player card design system leads a series of revolutionary changes to the way players build their squads. myClub players can also look forward to finding High Performance Players, including Legend Players and Players of the Week with temporarily boosted stats based on real-world performances.

Konami is also excited to continue its partnership with one of the world’s biggest pre-season football tournaments, International Champions Cup (ICC). Elements of the ICC will be implemented into Master League, which will also include a new negotiation system, living menus, and realistic transfers, elevating the mode to new heights.

PES 2019 players can also look forward to a new menu interface, dynamically updated to bring fans the latest news about PES from the game itself. The new modern look is built around motion bringing the menu screens to life, while giving fans exclusive offers, including discounts on other upcoming products.

“Konami has listened to the fans and has put their changes and suggestions at the forefront of what makes PES 2019 the best addition to the franchise yet,” commented Jonas Lygaard, Senior Director for Brand and Business Development at Konami Digital Entertainment B.V. “Our number one desire is to give the fans more of what they want and delivering it sooner than ever before. On August 30th, more licensed teams, more fully licensed leagues, and the continued improvement of PES’ superior gameplay. We believe in The Power of Football and that’s why PES 2019 will be our most powerful game yet, with 4K capabilities and improved player individuality bringing all aspects of football to life.”