I have been a fan of Conan since Conan the Adventurer cartoon was released in 1990’s. I would never think that the day would come that I get to experience the barbarous lands of Conan the Barbarian.

Conan Exiles is an open-world survival game set in the brutal lands of Conan the Barbarian. The game is developed and published by Funcom. You as a player will be exiled and crucified in a desert and is saved by Conan from being crucified. You must survive the exiled land filled with beasts and other exiles. 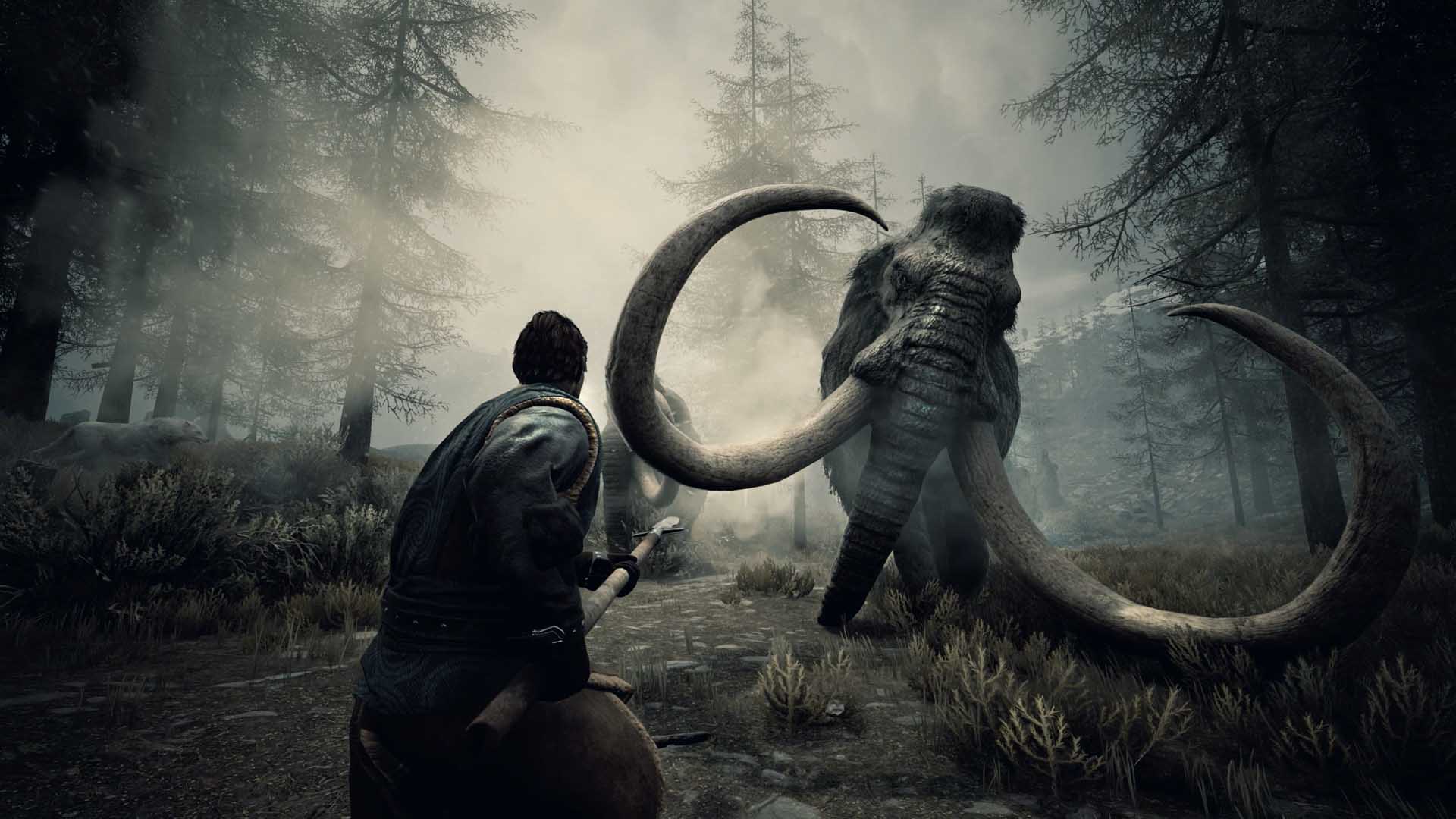 Depending on your preference, you can choose to play solo, co-op, join or create servers in PVE/PVP modes. I would suggest going solo or co-op to know more about the game before joining PVE/PVP as these two modes might stress you out; however, if you are up for the challenge then go for it. PVP is I think the scariest mode as you will have to survive with other players that might kill you in the process. PVE is lighter but it can be difficult if you have someone on the team who doesn’t want to cooperate with you.

Before being saved by Conan, you will first need to create your own avatar or character just like any other MMORPG. You get to choose your desired face type, body type, gender, race, a variety of hairstyles and facial hairs. What’s interesting in avatar creation is that you can set the scale of your character’s nudity which I think is one of the game’s unique factors.

I like how they created the map, it’s pretty huge and well made. From the detailed desert to the icy mountains, forest, and not to mention the weather system, are all breathtaking and challenging at the same time. Incorporating all land and weather types in one map is, in my opinion, a clever move by the developer as it sets contrast to the whole picture. 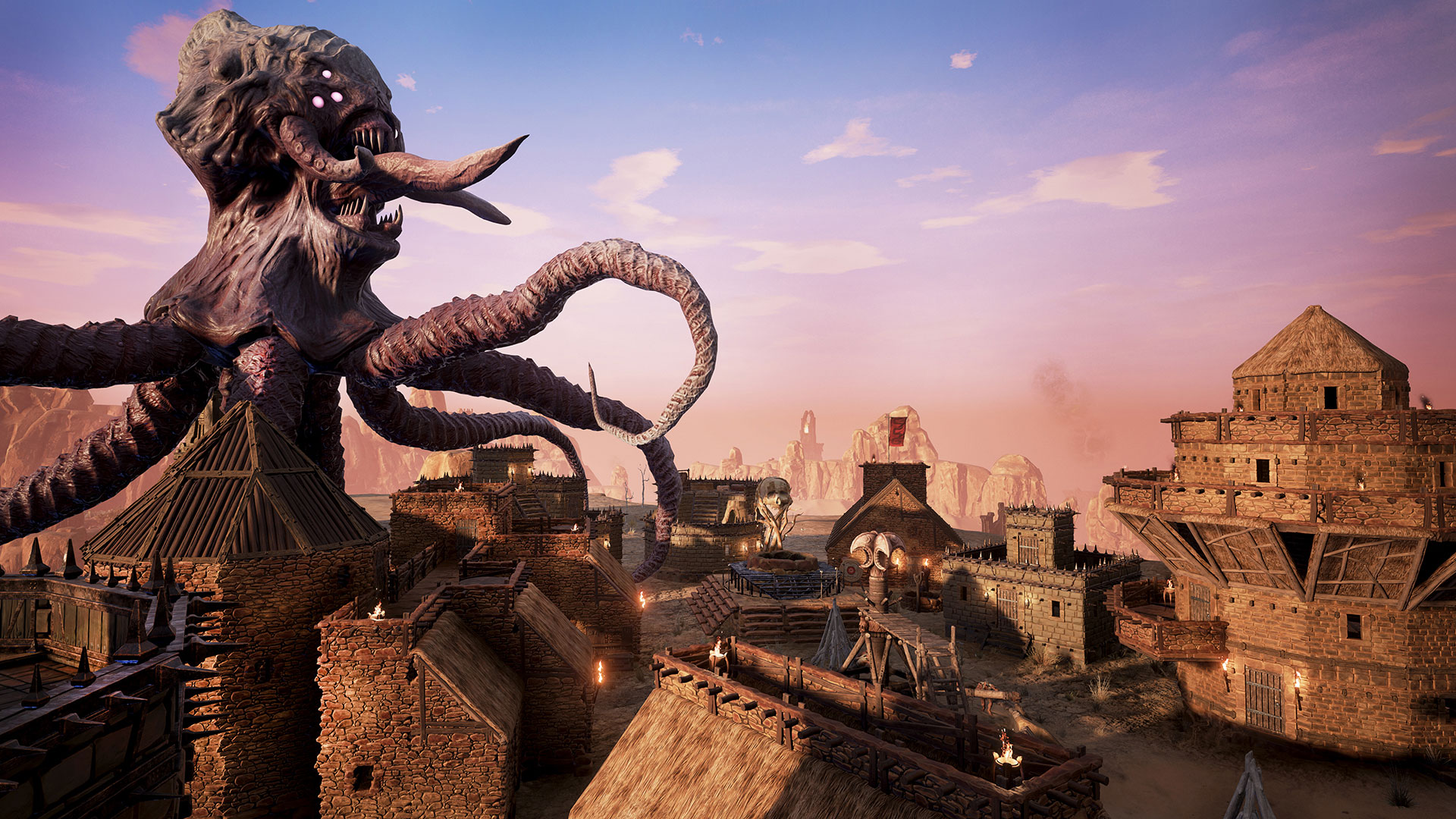 Taking advantage of the map’s natural resources, the player must prevent starvation and dehydration. There are also hostiles that the player needs to ward off which includes other players on a PVP server. There are lots of a not so friendly NPCs in the game, beasts like crocodiles, hyenas, tigers, creatures that look like a huge turtle that can stand, big bats, dragons, and even undeads creeping all throughout the exiled land. Human encampments, villages, and cities are also present. The inhabitants are quite aggressive and depending on the player stats and skills, capturing their hearts is possible and will give you benefits in surviving and crafting. When it comes to combat mechanics, it uses the third-person view with a hack and slash style.

I would say Conan Exiles’ crafting system is one of the best out there. It’s challenging and at the same time the materials are just in front of you, but it’s all about how many you need to gather to craft an item. I think they need to improve the design of the weapons as they look almost all the same especially the colors. They could have included more color options for weapons. Armors are worth crafting in Conan Exiles, they are all unique and good. If I would compare them all, I say they look like Elder Scroll armors which I love. Although crafting may be a hassle, it’s worth the trouble.

A player can earn Experience Points and Feats through crafting, gathering, and fighting. Experience points can be used to strengthen your character by adding stats such as vitality, agility, and survival while Feats are points you can use to learn new recipes for crafting and even house making. 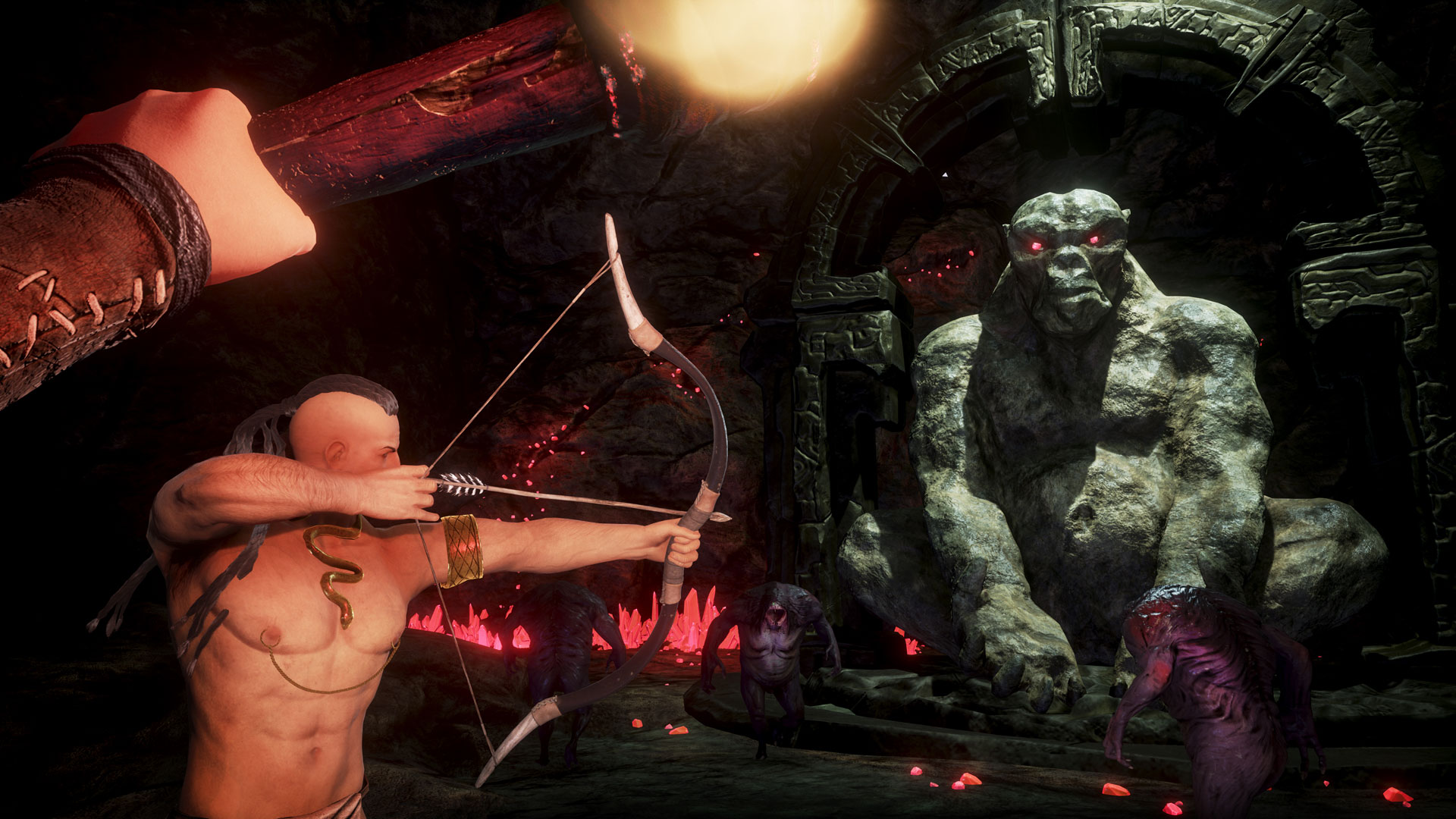 Unlike every other MMORPG where you need to farm gold to buy a house. In this game, you just need to find a spot and gather the materials to create your own lovely home. It’s one of the things I like about the game, it can shelter you from sandstorms and the ever-changing temperatures. You can even design your home’s interior e with trophies, wall torches, tapestries, carpets, beds, and a lot more.

Overall, the game is superb. I love the hack and slash dynamics. The crafting system is awesome because you really need to go through the hardships and challenges just to craft even a single item. I would recommend that this game be played with friends as it’s the type where it’s more fun playing with others. One of the things I didn’t like is the story, it’s kinda difficult to understand especially to those who haven’t seen anything that’s Conan-related.

Conan Exiles - Review
Score Definition
When the issues of a game are rolled and stomped by its greatness, then it’s something to invest on if you have some spare.
Pros
Exiled Land Map is superb
Marvelous Crafting system
Tasty Combat System
Great Housing System
Cons
Mediocre weapon designs
Story needs improvement
8.5
Great