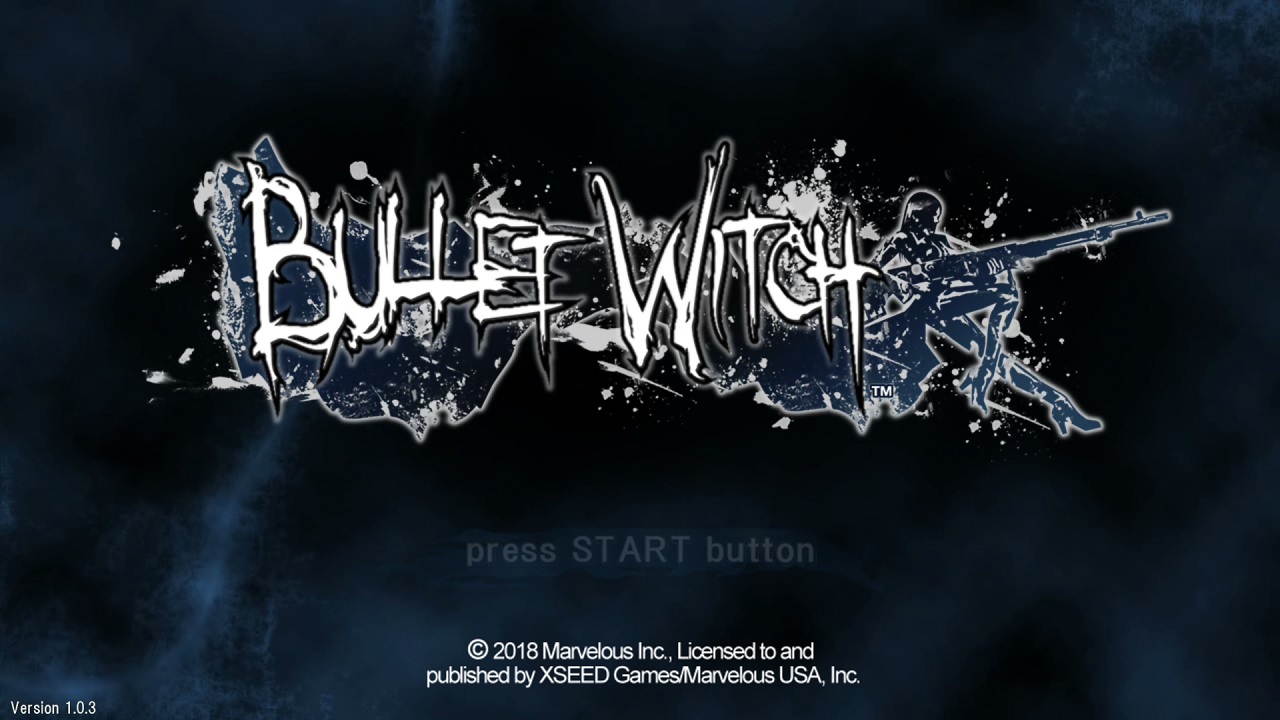 Bullet Witch Review – What The Hell Was I Playing?

Hey, this AlucardChristian from The Sheltered Gamer and this will be my first time reviewing for Sirus Gaming so please, bear with me.

Bullet Witch is a third-person action/shooter video game developed by Cavia and MARVELOUS! and currently published by XSEED Games. It’s about this anti-social witch killing some soldiers that have turned into demons with their skins pulled away from their faces and other body parts. Okay, let me be clear: this game is horrible so set your expectations very, very, veeeeeeeeeeeeeery low. So, let’s get this over with.

I gotta be honest with you. When I first played the few minutes of the game, it made me dizzy due to the crazy camera spins and angles. It was not a pretty sight. After three chapters, I was done and I didn’t want to continue. Judge me if you will, but I don’t have the stamina to play such a cruel game. If I may, I could say that this is a poor man’s imitation of Bayonetta. Yes. There, I said it. Anyway, time to dive in. Oh yeah, here’s some facts first.

Horrible. Even the upgraded version of the remaster didn’t help. I mean, sure, some of the visuals got smoothened out like the character models, but that doesn’t even help. Just look at this disaster: the objects, the monsters, the room, and look at her legs! I’ve seen better 2006 Xbox 360 games and this is not one of them. It looked like that they poured all of their resources into creating the perfect character model of this sexy witch, which still looks a bit janky to me. Ridiculous, just ridiculous.

And by the gods of gaming, I HATE THE CAMERA SPINS. Oh wait, I said that already right? Still, I’d like to say it again and again: I HATE IT. It’s like I’m playing early versions of Doom again, but this time it’s already 2018. Gamers who don’t like quick camera controls and can easily get dizzy, stay away from this game. Period. I give this category a 3 out of 10 points. At least the developers put an effort into one character model.

Storyline: Seriously? That was the reason of the apocalypse?

Well maybe the horrible visuals made me not care about the story anymore, but I really made an effort to go through three chapters just to get the gist of what’s going on. And it still didn’t make me care even a bit.

Okay, here’s the gist of it and what I understood about this game. There’s this witch (kind of a snob) that has the job of killing demons and comes to the city filled with it. It seems to be that the whole military has been demonized and now they are the ones terrorizing the citizens, which look like old and weak people only. She plows right through them and comes across a militia fighting against these demons. After a useless fight against a mid-boss demon, the witch and the militia go underground to their HQ only to find the members all slaughtered. The captain hands her a book that seems to be that the author was the one who started this all.

This is where it all goes to shit. The cause of all this madness is due to his depression that his beloved died in a plane crash……………. A PLANE CRASH. Seriously, that’s the reason you summon the demon horde above ground and start an apocalypse? SERIOUSLY? And of course he sacrifices himself in order to do the feat, which said that the spell he did could revive his beloved. Again, that’s a stupid idea. It’s a demon so of course it’s going to be a trick. No way his beloved person could revive. Anyways, end spoilers here.

So let’s talk about the characters. The female protagonist is a real bore, feels like she’s the female version of Squall. Less talk, more action, and I don’t want to talk to other people. I work alone. The other characters are forgettable. The captain… I don’t even remember his face. Everyone else is a blur. I don’t even remember the face of the villain. So yeah, everything about the story sucks. The score is a 2 out of 10. Downright horrible.

Gameplay: Ugh, where do I even begin

I’ll get straight to the point: the default controls are weird, but at least you could customize them. The camera control can’t be customized, which is a damn pain in the ass. The targeting system is so bad that you should be a veteran of old-school first-person shooters first to get familiar. Super fast shooting reticule? It’s here and it’s no fun at all. Sure, the focus is shooting, but what the hell with the melee attacks dude! That’s it? A little twirl of the big rifle and that’s how you melee your enemies? It’s ridiculous. The magic spells are also so awkward to summon. Why not do it by using 1 keypress or button shortcuts? Instead, they let us do this awkward press this button first then press corresponding key and button to activate. It feels like an action game, but you made your special spells tedious to do that I don’t usually use them unless these tanks appear. There are even spells that do not work on mobs! Why not use lightning on several mobs as an area attack? But nooooooooo, it should be vehicles like tanks! Even the small spells like rose thorns don’t even work properly! You can’t properly target your enemies because they are constantly moving around and since the spell only works when the target is hit properly, it ends up missing! Ridiculous! *throws hands in the air*

I want to forgive the game because it’s a 2006 game, but the AI is super stupid. Enemy AIs don’t even hit their targets properly and the big monsters sometimes get stuck on one spot that it ends up not doing anything! My ally AIs are also stupid! Sometimes they get lost from all of this and they do not jump across barricades! Again, ridiculous! Why do I even bother?! Note that I raised the difficulty into maximum and the AI is still stupid. *facepalms*

And then there’s the death scenes of your character. Sure, physics, but at least put some dramatic flair to it and some sound effects of her dying. All I could see was a ragdoll effect! Getting splat by a flying car? Ragdoll effect. Getting flayed by bullets? Ragdoll effect. UGH.

My score here is a ridiculous 1 out of 10 points!

P.S. The soundtrack is a bit alright, but it doesn’t work well. Sometimes, there are areas with no music at all. Boss fights aren’t that memorable because the song is repetitive in a way that the intervals are too short.

I played only three chapters of the game and it already made me decide not to touch it ever again. I really wanted to like it, I really did, but after a few minutes in… ugh… no.. just… no more. Stay away from this game, seriously, save your money, buy a more recent game or other classic games that we likely want to recommend, but not this. EVER. STAY WAY. 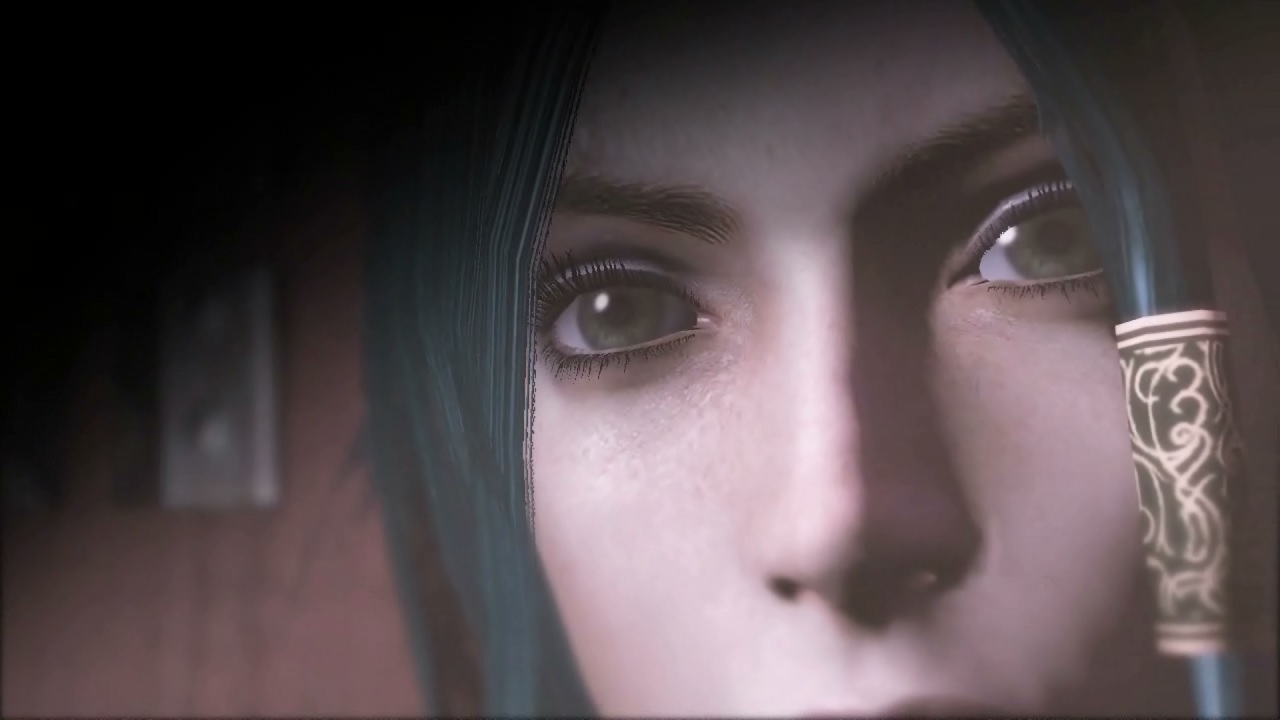