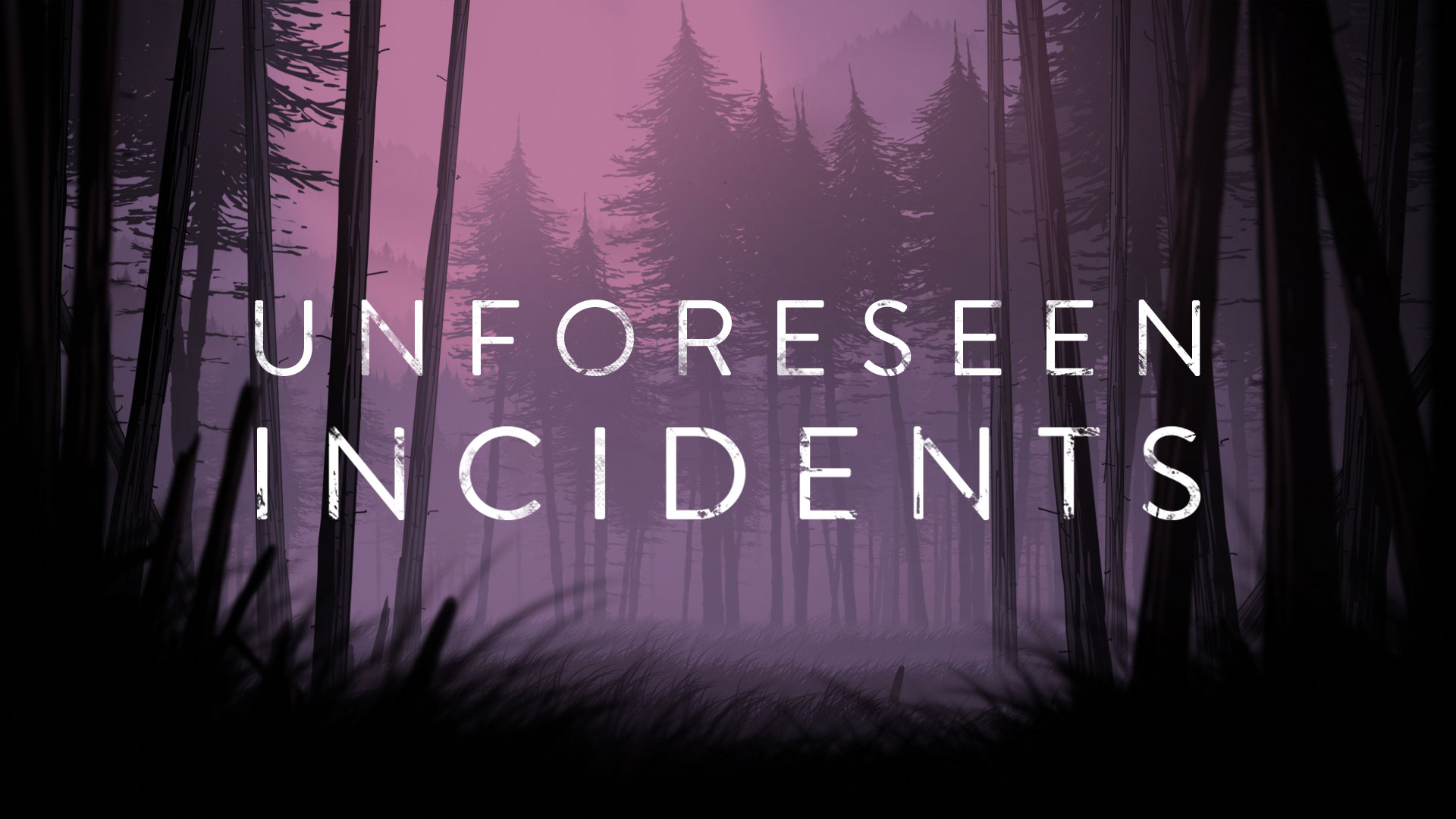 Yelltown is gripped by fear. A mysterious disease has claimed the lives of several people, the case is so severe that it kills within hours of infection. Reporters have deemed it to be Yelltown Fever and specialists are being called upon to assess the situation. No one wants to leave their house, save for a part-time electrician who walks the streets without a care in the world. Someone ought to tell this boy that no good comes from lingering in the streets for too long. Who knows what kind of trouble he might land himself in? 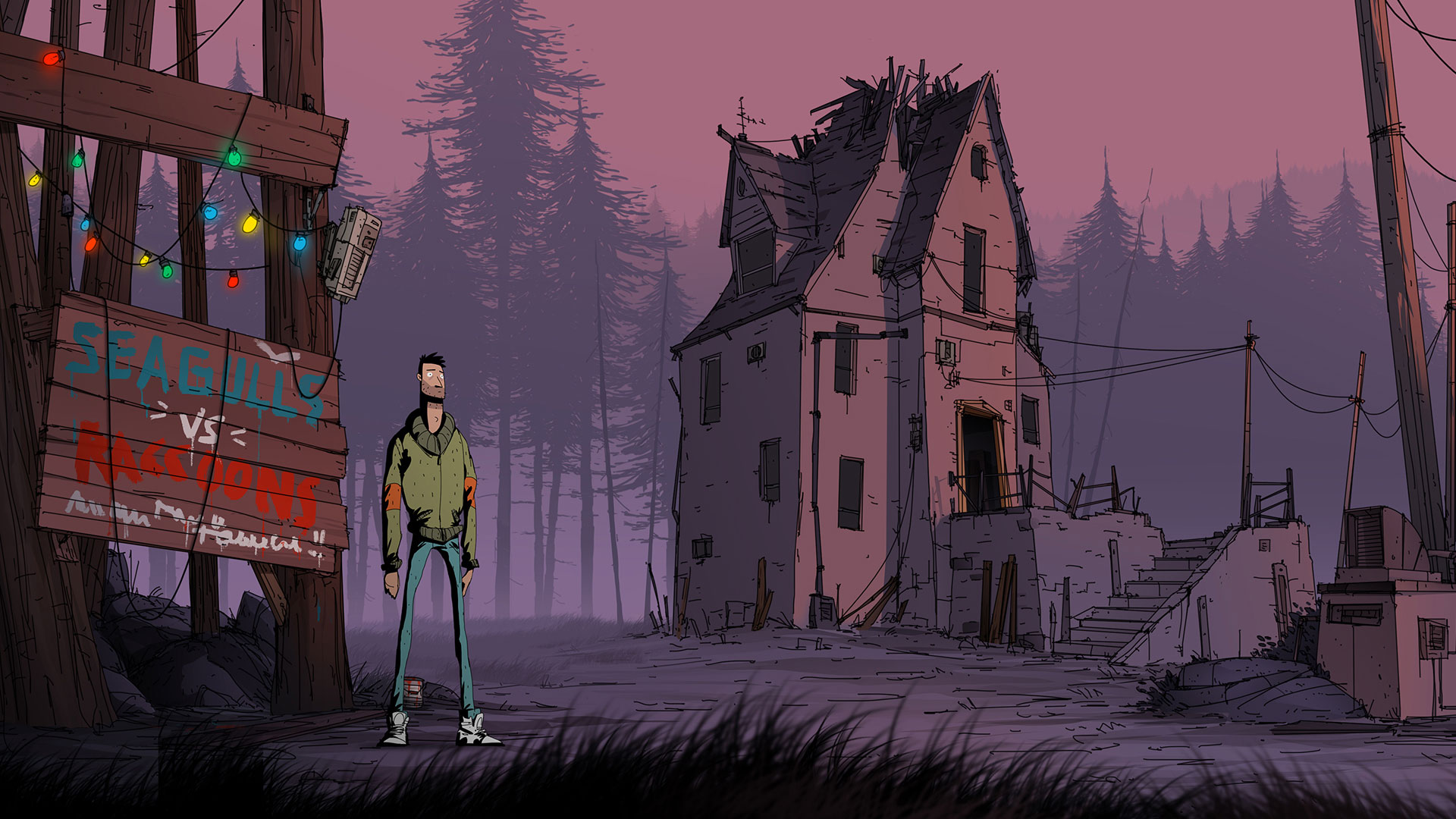 Unforeseen incidents is a point and click game with a retro feel. Players guide the main character, Harper Pendrell, and his team on a story of conspiracy and intrigue as they try to get to the bottom of the mysteries surrounding Yelltown Fever. The investigation will prove to be difficult, but it doesn’t stand a chance against Harper and his trusty multitool.

After the player has formally been introduced to the initial sequence of the game, the second chapter opens up with a view of a computer screen. The player then plays a hacking minigame in order to open the chapter. You are required to turn nodes around so that a laser can pass through and gain access to the designated files. Think of it as a warm up to the kind of deductions you will be handling. The hacking does get progressively harder as the game progresses. Personally, this is one of my favorite part of the whole game.

At the start of every chapter, you will hear the banter of 2 radio DJs, talking about current events. Through them, you learn about the state of the world as panic over the fever spreads. Soon afterward, you talk with your team about following any leads you’ve gained from the previous chapter. Once all conversations are done, you are now ready to wander aimlessly, gathering items and talking to people. In time, you will have access to a map that allows to fast travel between points. Using it from time to time spares you the monotony of travel and more importantly, it allows you to pursue multiple leads at once.

The puzzles are the real selling point of the game. They can be tricky at times, but never too difficult. Some of them require the use of your multitool, but more often than not, how you will solve them will depend on the items you pick up along the way. Speaking of which, all the items in the game are useful. You might not know when to use them, just know that they will come into play at some point. You will have to pay attention to the world around you as they can be difficult to spot. Thankfully, you can see all the interactables with the simple tap of the spacebar. You can acquire other items by doing favors for the numerous characters you will meet along your journey.

Speaking with them also provide hints on what you should be pursuing next. Exhausting dialogue trees may get you the information you need or get an item you need to complete a puzzle. Every so often, a character may present you with a sort of logical sequence puzzle where you will make choices via different dialogue branches. Just choose the right sequence, and you get to move on. However, a mistake does not mean a game over (Not unless it’s life-threatening). You simply go back to the beginning of the puzzle where you have an unlimited number of tries. 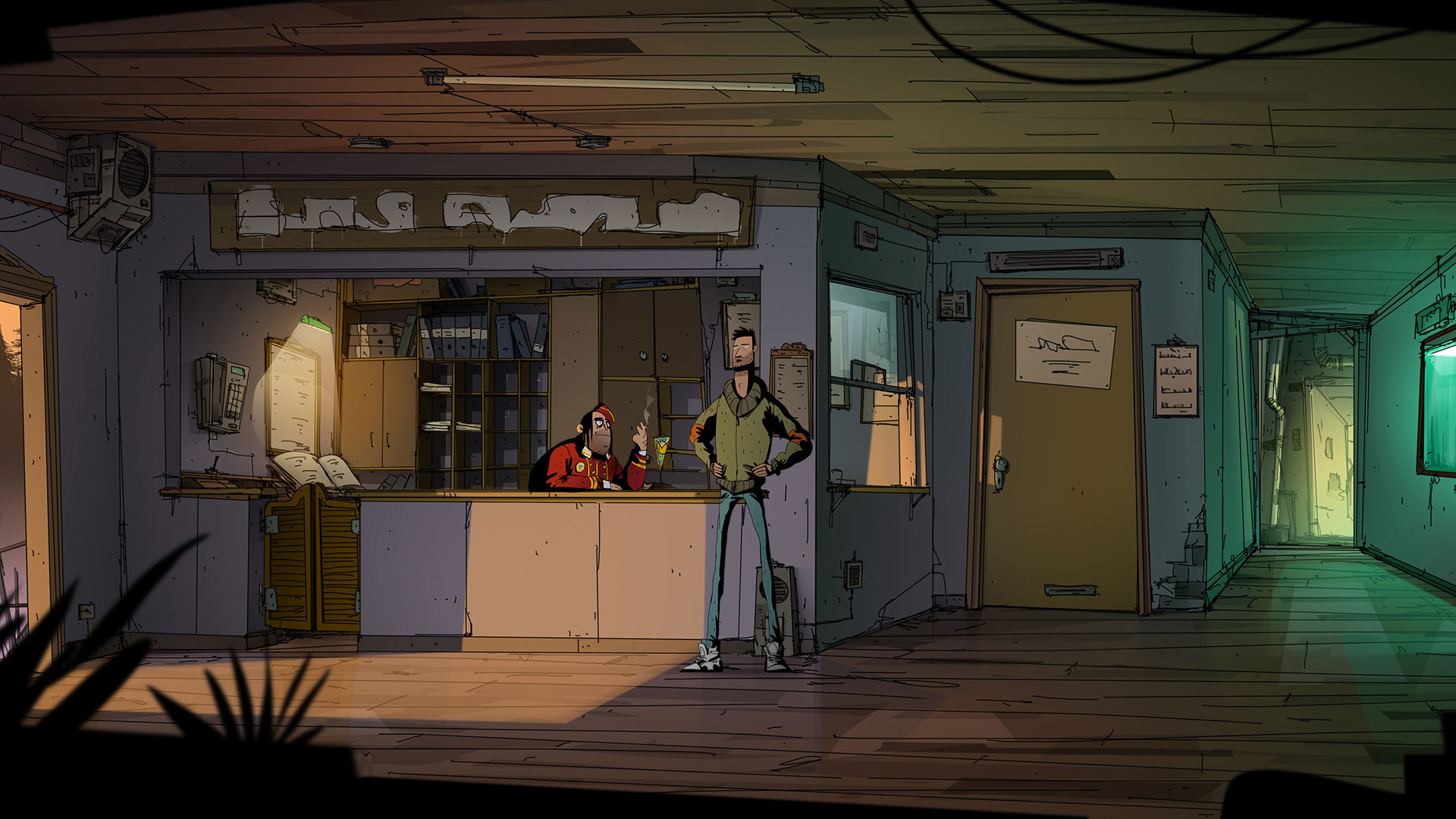 In a point and click adventure game, the first thing any veteran of the genre will take notice of is the voice acting. A game with limited gameplay relies heavily on the dialogue and the voice actors. Thankfully, I simply adore this aspect of Unforeseen Incidents. Sure, there are moments when the comedy falls flat, and the drama is a little over the top. But hearing Harper’s observations of the world is a joy. The entire cast is aware that Harper vocalizes his thoughts. They will often remind him of that fact, in a funny way. If you click on the background, Harper will usually bring up the odd social commentary mixed in with some pop culture references. I haven’t enjoyed such simple things since Monkey Island or Grim Fandango.

The animation may be simplistic, but I personally think that it’s what gives the game its charm. The art style is striking with a lot of solid colors and hard strokes. The design of the characters make them instantly memorable and ensures that you won’t be confusing them with those from other franchises. Not unless we are talking about Bob’s Burgers.

I have to give credit to the people who designed the puzzles. They are mostly grounded and make you feel really clever when you manage to solve them. I have to admit that I was stumped by a few of them, all because I was thinking too creatively; this just goes to show that sometimes the best answers are the simplest ones. It’s a byproduct of all those classic point and click games where you really have to use your imagination (and the occasional break in the laws of physics) The best thing about this design is that each chapter contains several leads to follow, each having their own line of puzzles to solve. You can choose to pursue a clue in all the way to the end or go through all lines of investigation at once.

As much as I love the puzzles in the game, there are times when the logic order is too rigid. A solution may make sense from your perspective, but the game somehow bugs out making things unreasonably more complicated. I don’t know if this is because of a lack of testing, but I feel like if the devs added more hints that tell the player how they want them to solve the puzzle, then it wouldn’t have been an issue. It only happened on a couple of occasions and it may have only happened to me, but this is just my take on the problem.

The game falls short of reaching the status of modern classic but its solid delivery is what kept me getting to the end. The supposed “twist” in the final chapter didn’t come as a surprise. The developers practically telegraphed it earlier on in the game. But I’m willing to see past it, as the journey to get to that point was nothing short of fun. 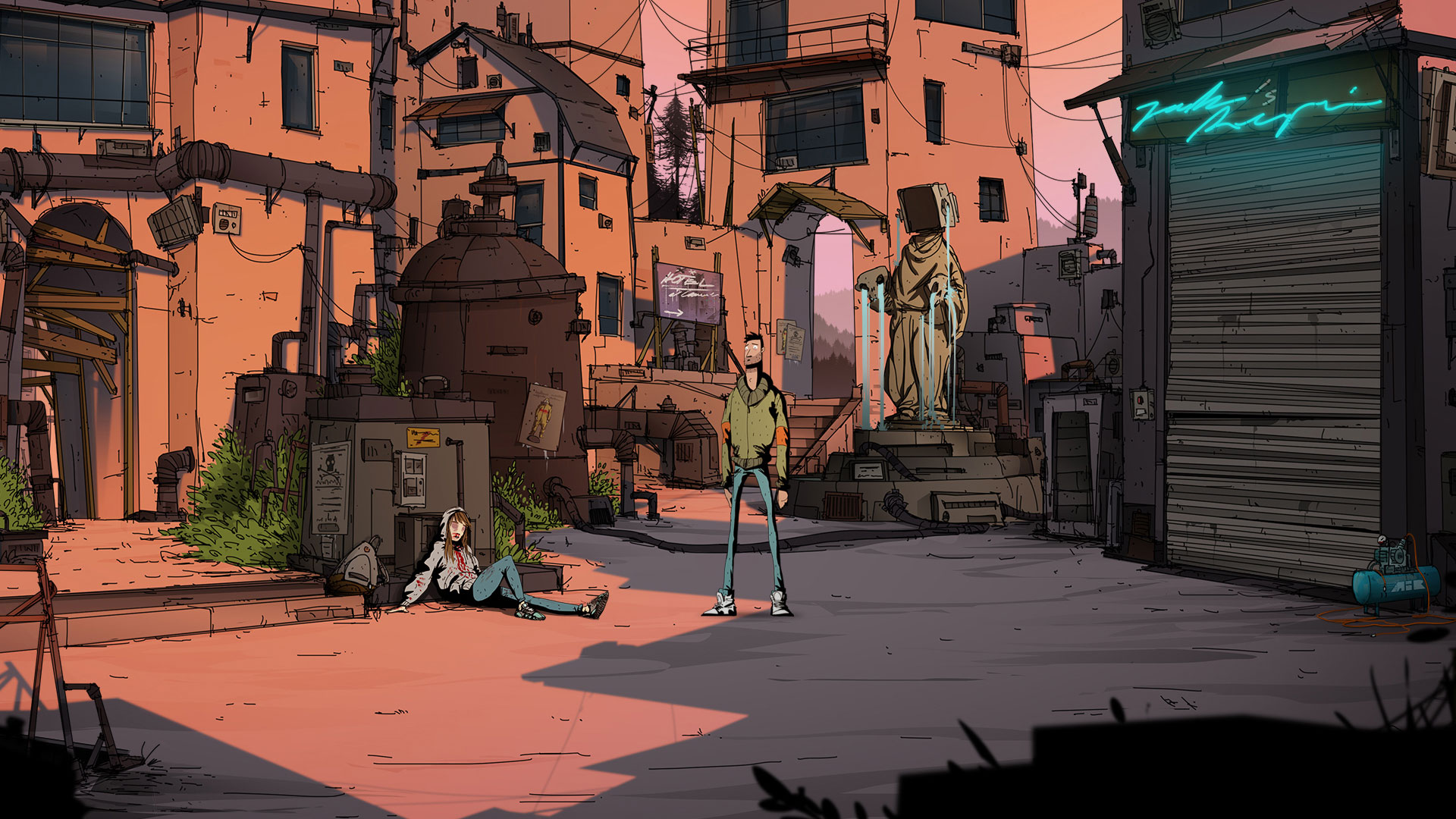 Unforeseen Incidents is a cut above the rest when it comes to presentation. The artstyle is striking and instantly memorable. The music and sound effects fit the game in every aspect. There is something to be said about the game’s slight humor and pop culture references. It is amusing to say the least. Harper Pendrell may not have the goofy charm and the 4th wall breaking powers of Guybrush Threepwood. He does, however, do a damn good job at voicing his thoughts out loud. Which is more than I can ask of this part-time electrician and part-time world saver.

With only minor complaints holding it back, I highly recommend this to those of you who are fans of adventure and puzzle games. If you are into the point and click genre, this game deserves to be in your collection.

Unforeseen Incidents - Review
Score Definition
When the issues of a game are rolled and stomped by its greatness, then it’s something to invest on if you have some spare.
Pros
Stellar voice acting
Instantly recognizable artstyle
Pretty good story
Well thought out puzzle sequences
Cons
Occasional stuttering
Minor bugs brought on by logic order
Minor menu overlay issues
8.4
Great