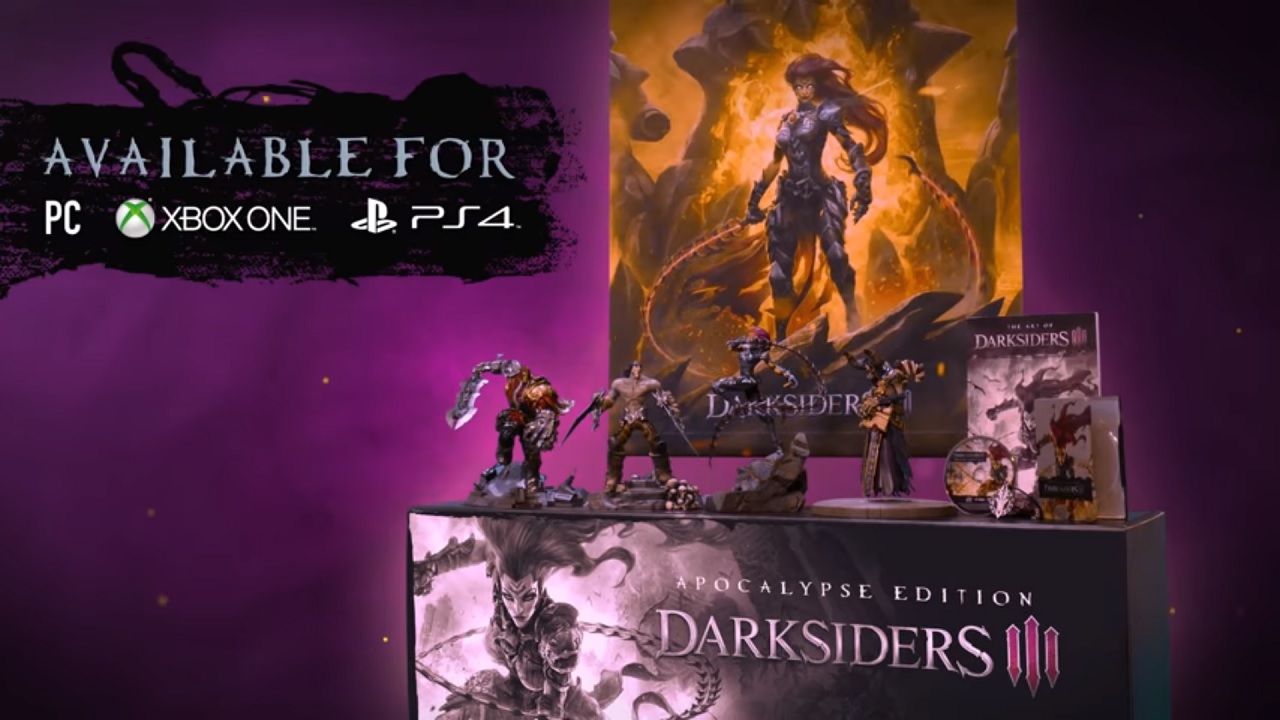 The third sequel will be coming to the PlayStation 4, Xbox One, and PC. It will be released on Nov. 27.

The Apocalypse Edition will have a retail price of $399.99. It will include statues of Death, War, Vulgrim and Fury on top of a horseman logo amulet, a 40 inches by 30 inches wall scroll portraying Fury, a steelbook case, an artbook, and the soundtrack.

There is also a digital download edition for PC gamers. It will have a price tag of $69.99 including a Fury armor DLC, a digital soundtrack, and two post-launch DLCs.

The pre-orders on PlayStation 4 and Xbox One will grant a 24-hour early access. This allows them to play on Nov. 26.

Check out the two videos showcasing the special editions below: