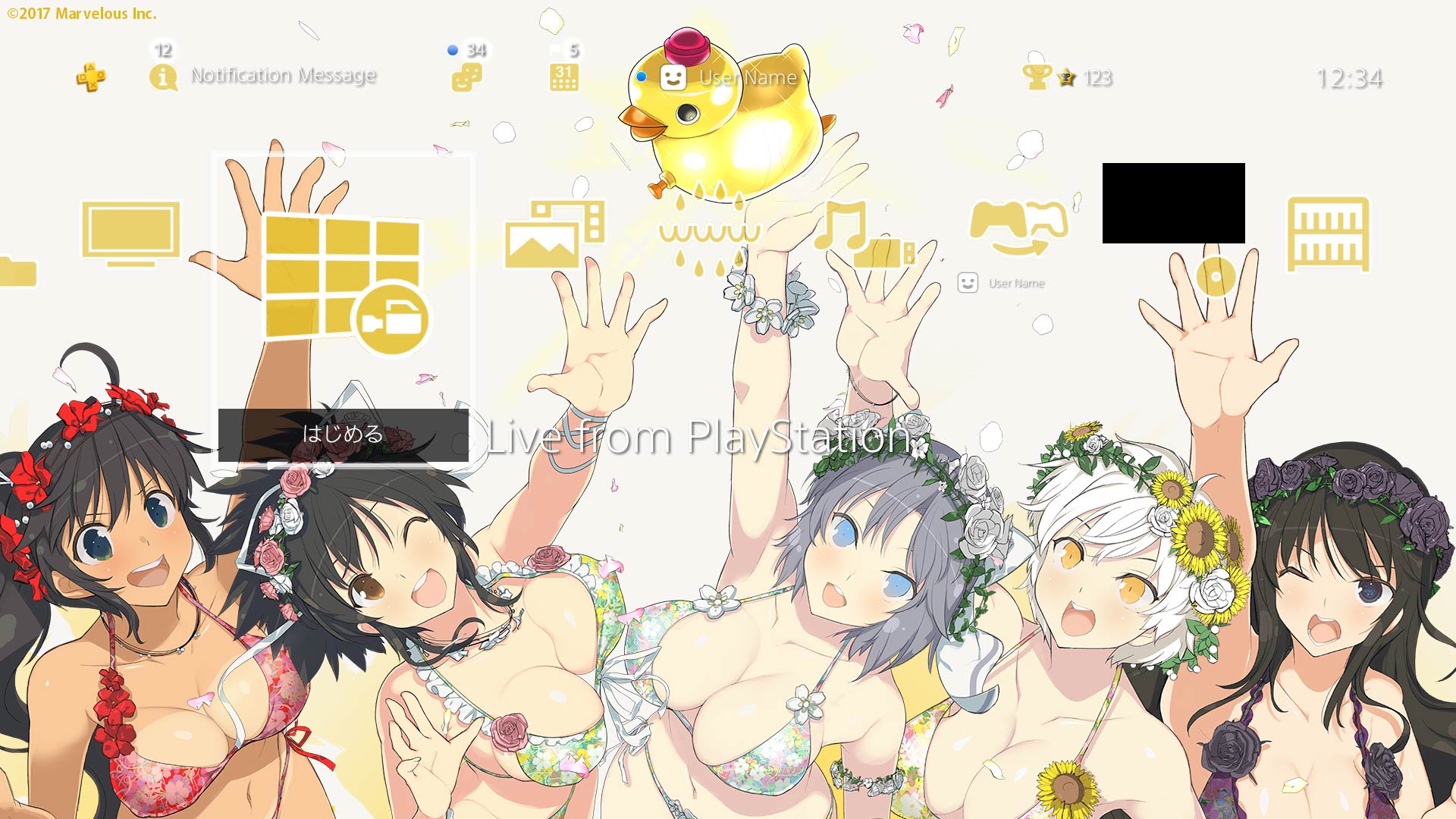 The Japanese PlayStation Store recently revealed some really awesome themes based from the popular and sexy video game Senran Kagura: Peach Beach Splash for the PlayStation 4.

For PS4 gamers who have Japanese PSN accounts, they can head to the Japanese PlayStation Store right now to get two new free themes. The first theme is based on the popular video game by Marvelous Entertainment, Senran Kagura: Peach Beach Splash.

This theme was actually launched to celebrate the local release of the Sunshine Edition of the video game. It can be downloaded right now from the Japanese PlayStation Store. It is static, but it has some music and the image is great.

The second theme is more of a retro nostalgia theme. It was released to celebrate the fourth anniversary of the Arcade Archives series. This is a fully dynamic theme with moving images based from old arcade games.

Check out the videos featuring the themes here: