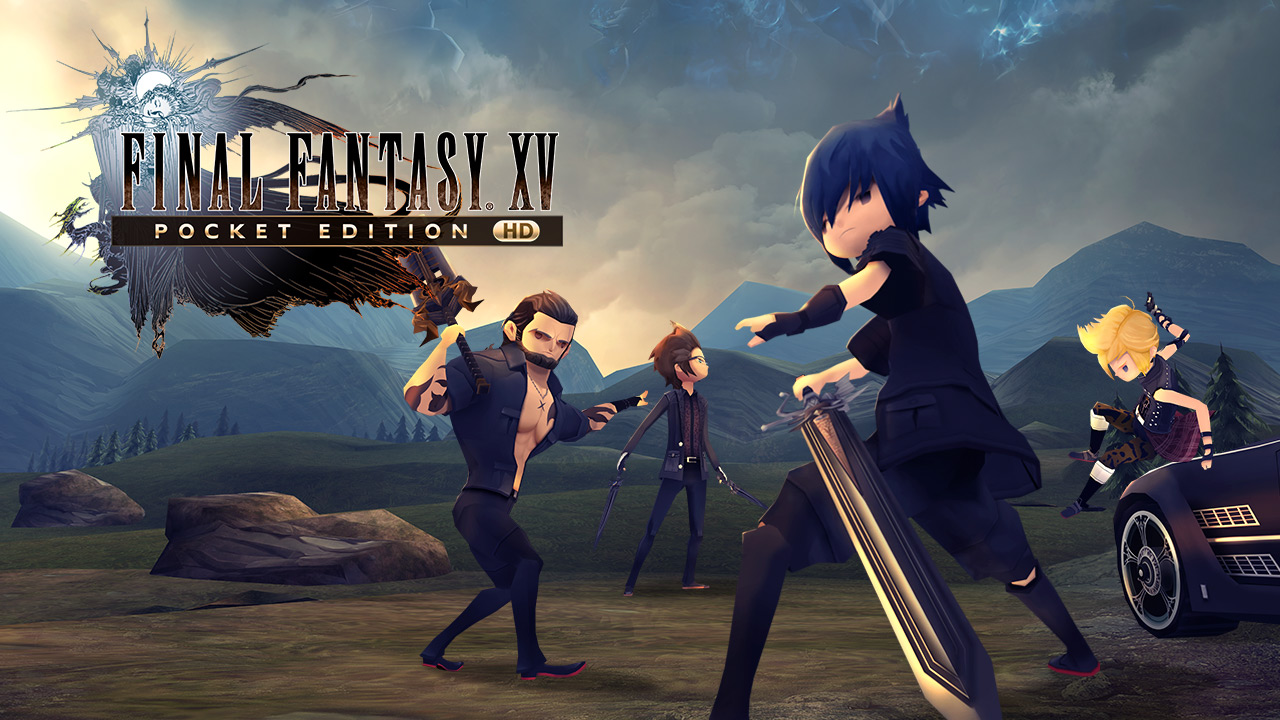 It’s been almost 2 years since the release of Final Fantasy XV. With the release of the Royal Edition, it completes the experience where players can already play the DLC episodes, as well as the multiplayer mode, Comrade. Final Fantasy XV was a huge success when it comes to sales while having a mixed bag of comments from game critics.

Apparently, Square Enix wanted to reach out to casual players and fans who seem to have wanted to experience Final Fantasy XV on the go and that’s why Final Fantasy XV Pocket Edition was born. It was initially intended for mobile phones and tablets but as time passed, Pocket Edition finally arrived to consoles – PS4, Xbox One, and the Nintendo Switch. But the decision to port the game on consoles, specifically on the PS4 and Xbox One, didn’t quite make sense. 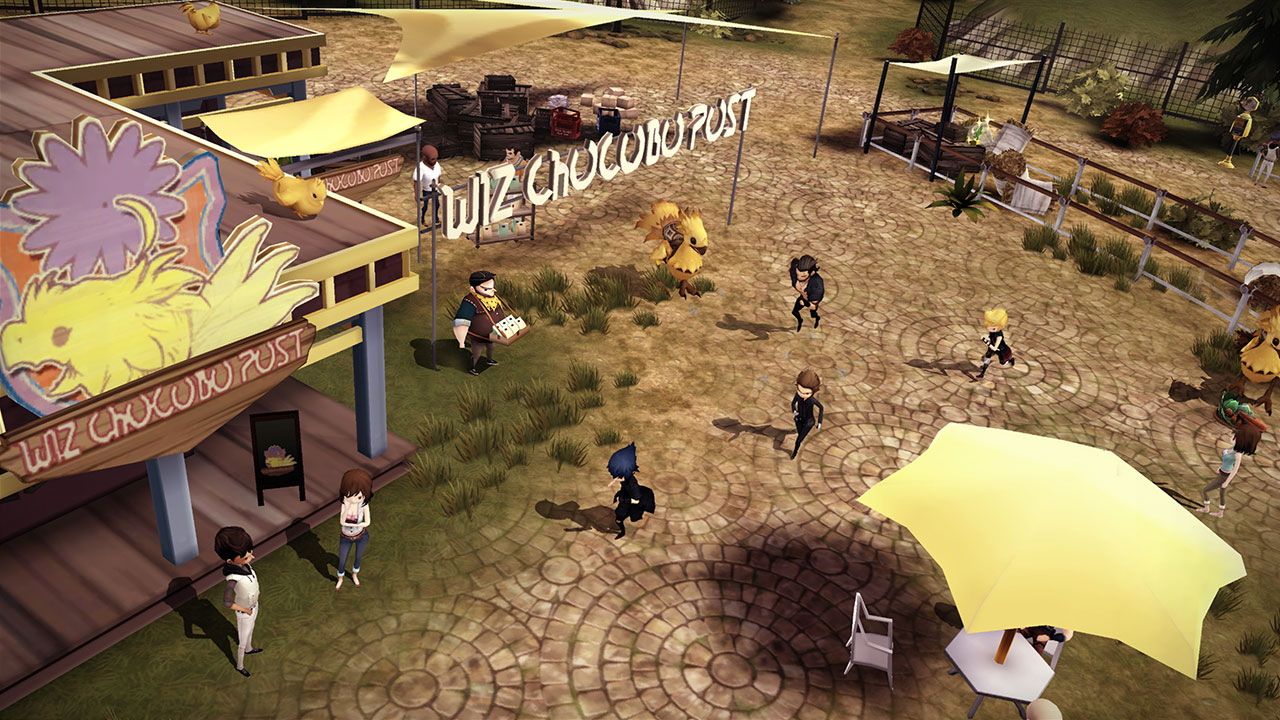 First, you already have the Royal Edition which included all DLCs and additional content. It’s unjustifiable for people to get a downgraded version with limitations of Final Fantasy XV. Second, the whole point of the Pocket Edition, hence the word “Pocket”, is to play Final Fantasy XV on the go. If this was my first time playing Final Fantasy XV, I would rather buy the original version to fully experience what the game was initially intended to do.

Final Fantasy XV Pocket Edition HD is perfect on the Nintendo Switch. The console’s portability makes a lot of sense and it justifies the need to have the Pocket Edition.

The narrative is loyal to the original source. It still follows Prince Noctis’ and his gang, Gladiolus, Prompto, and Ignis. They have gone through places, dungeons to obtain the special weapons, help out people in need to gain experience, and liberate Insomnia. While there were some significant cuts with certain scenes and songs (Stand By Me), Pocket Edition HD felt lacking plot-wise. For a person who followed the story and played the original, there are a lot of plot holes due to the fact that they removed some sequences which should have stayed. 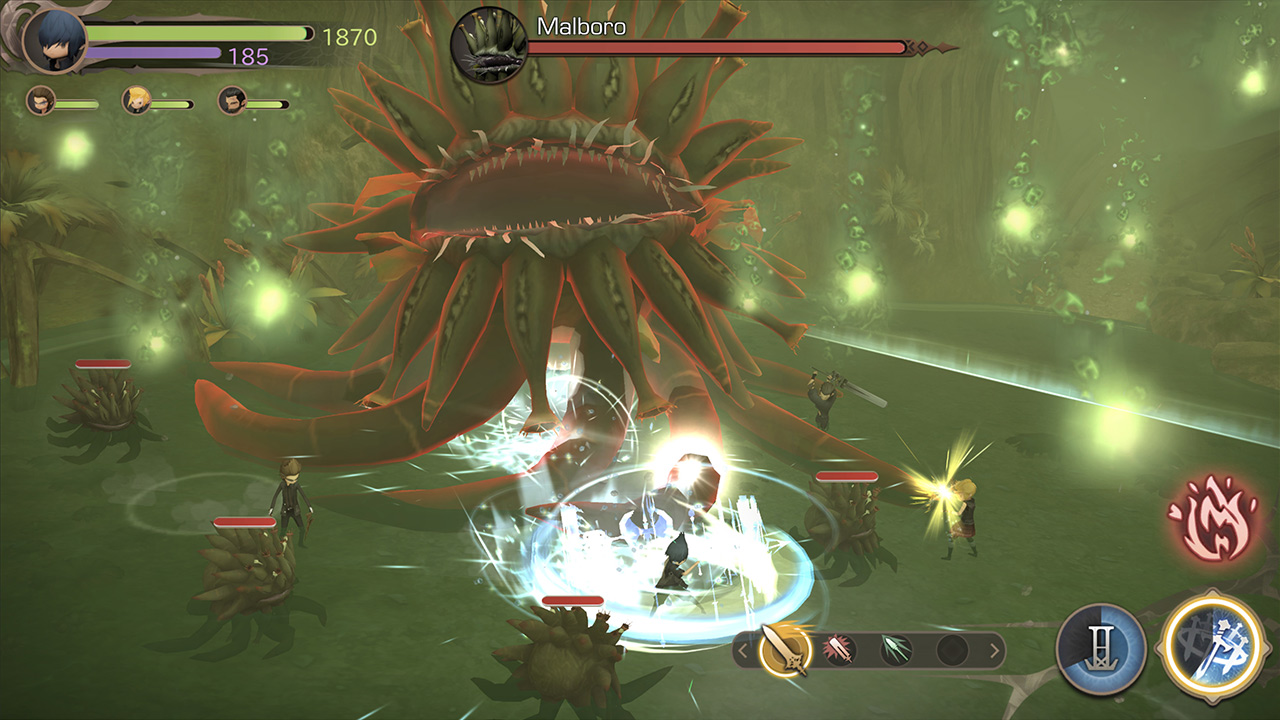 Even if the story lacked some of the important bits, Pocket Edition HD definitely tried its best to retain the game’s combat. You can Warp Strike, switch weapons in the middle of combat, and do awesome combos in the process.

However, one thing that drags the momentum in combat is when you use items such as Potions, you are required to open the Main Menu and manually go to the inventory before you can use them. It’s a drag and it loses the great feel of its combat because of this limitation. And it’s not just that, the tag team feature from the original source feels more like an automatic option that pops out on the screen than making you involved in the process of calling out for help. It’s randomized too, you can’t ask Prompto to do a double takedown combo if you want him to. You have to wait for a random prompt.

Pocket Edition HD is linear compared to the original source. You get to experience this little open-area where you can explore and pick up things to sell, even dig hidden treasures. While the playground is somewhat small, it isn’t a chore to explore Lestallum and other areas thus making it really straightforward.

The game’s aesthetics fit perfectly on Nintendo’s console. The chibi versions of Noctis and the other characters do feel homage on Nintendo Switch and all of them look cute. Even though they don’t give out real expressions aside from the characters’ voice, the art direction is spot on. You also get to listen to its outstanding soundtrack like Apocalypsis Noctis and Somnus. 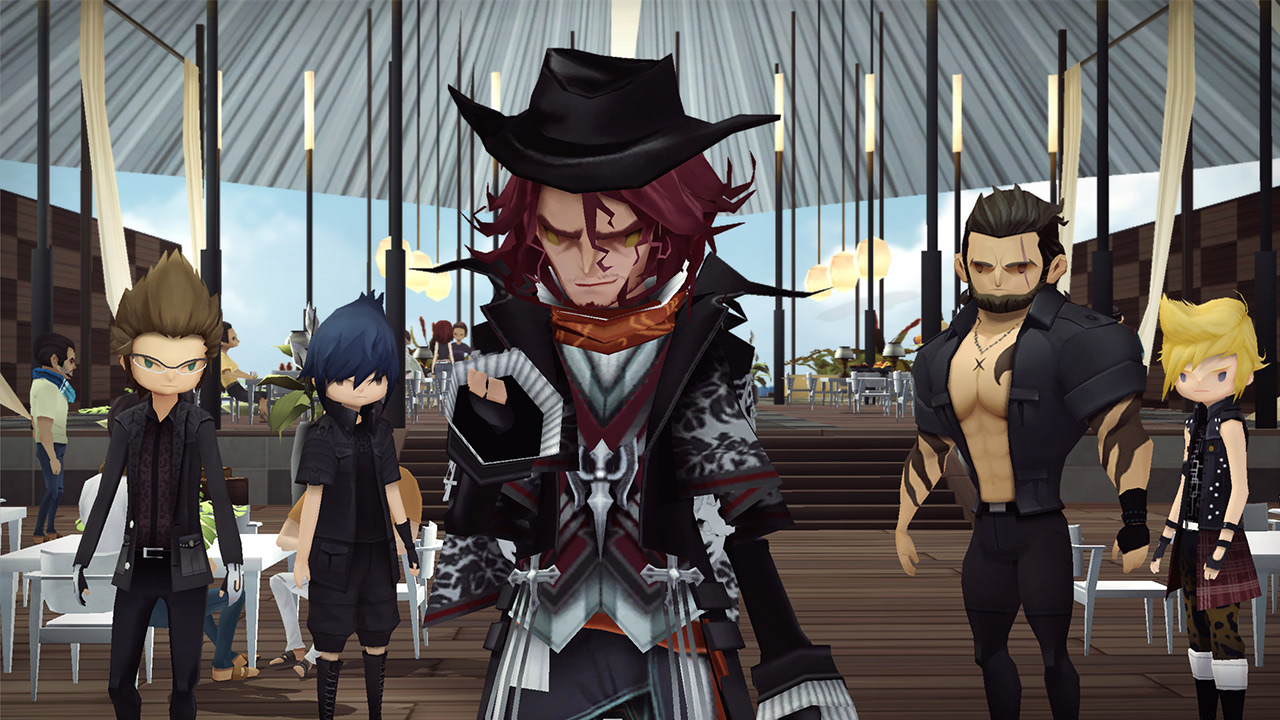 You still get to experience, while just a fraction of them was removed, what the game is all about. You get to follow Prince Noctis’ adventures, do dazzling combos, and do some tidbits of exploration. Final Fantasy XV Pocket Edition HD is, for better or worse, a solid version of Final Fantasy XV.

Final Fantasy XV Pocket Edition HD (Switch) - Review
Score Definition
We tell you, it’s a good game! It’s not average! It might have some problems here and there, but you have to admit it is a “Good” game.
Pros
Play FFXV On The Go
Cute Aesthetics
Remains Loyal To The Original Source
Combos Are Still Amazing
Cons
Tons Of Scenes Were Cut (even a song)
Tag-team Play Isn't Well Implemented
7.5
Good