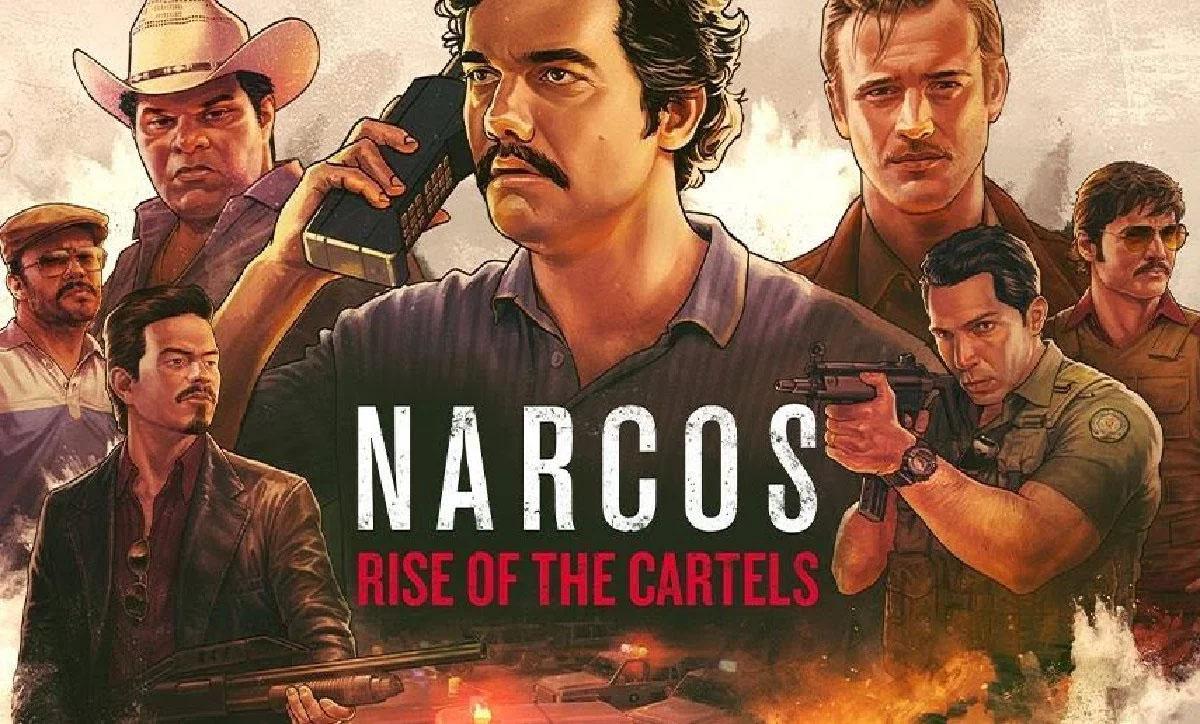 Narcos: Rise of the Cartels Is Now Available!

Curve Digital and Kujuare proud to announce that Narcos: Rise of the Cartels, a brutal tactical turn-based game based on Narcos, the multi-award-winning Netflix series from Gaumont, is available now for PC and PlayStation 4. Nintendo Switch owners will have the opportunity to choose their side on November 21st, with Xbox One entering the war on November 22nd.

Combining turn-based tactical strategy with brutal real-time combat, Narcos: Rise of the Cartels follows the first season of the award-winning TV series through two distinct campaigns that offer vastly different perspectives on the infamous 80s drug war. Should you help build the Medellin Cartel’s rapidly expanding narcotics empire under the watchful gaze of El Patrón, or fight against them tooth and nail alongside Agent Murphy as the DEA?

Each campaign has its own iconic locations taken directly from the show, from Colombia’s impenetrable sun-drenched jungles to the damp streets of Medellin itself. Recognizable characters from the series are ready and waiting to back you up – and each have their own unique perks to help turn the tide in battle.

Turn-based gameplay is fast, brutal, and satisfying, but just like the show itself, actions in Narcos: Rise of the Cartels have lasting consequences. If you lose a member of your team during battle, they’ll be gone for good. Moving one unit per turn, players will need to act quickly and change their tactics on the fly to stay in control of the battlefield.

In Narcos: Rise of the Cartels, there are no right choices. Join the Cartel and see your empire expand or fight with the DEA and stop the spread of terror – either way, there’ll be tough choices along the way.

“Narcos is one of the biggest hits on Netflix and is a personal favorite of mine. This game will appeal to gamers as well as fans of the show as it mixes the authentic feel of the series with an interactive experience to make you feel you’re right in the action. The characters, the storyline and the history of the cartels are all there – you just have to decide whose side you’re on!”, Dominic Wheatley, Chief Executive Officer at Curve Digital.Key Features

BASED ON THE HIT NETFLIX SERIES – Authenticity is at the core of the Narcos: Rise of the Cartels experience and highly recognisable and iconic characters from the TV show are available to control and play, each offering unique gameplay opportunities.

EVERY WAR HAS TWO SIDES – Featuring two unique campaigns Narcos: RIse of the Cartels enables you to see the war from both sides. Choose to side with the DEA and fight alongside Steve Murphy to bring down the drug empire, or choose to side with the Narcos in order to help fund, grow and expand the empire of El Patrón.

FAST-PACED TACTICAL COMBAT–Narcos: Rise of the Cartels takes tactical combat to a whole new level with units possessing the ability to move individually one after another or multiple times in one turn, meaning the pace is always ramped up. Players will have to plan their actions cautiously as they will face lasting consequences.