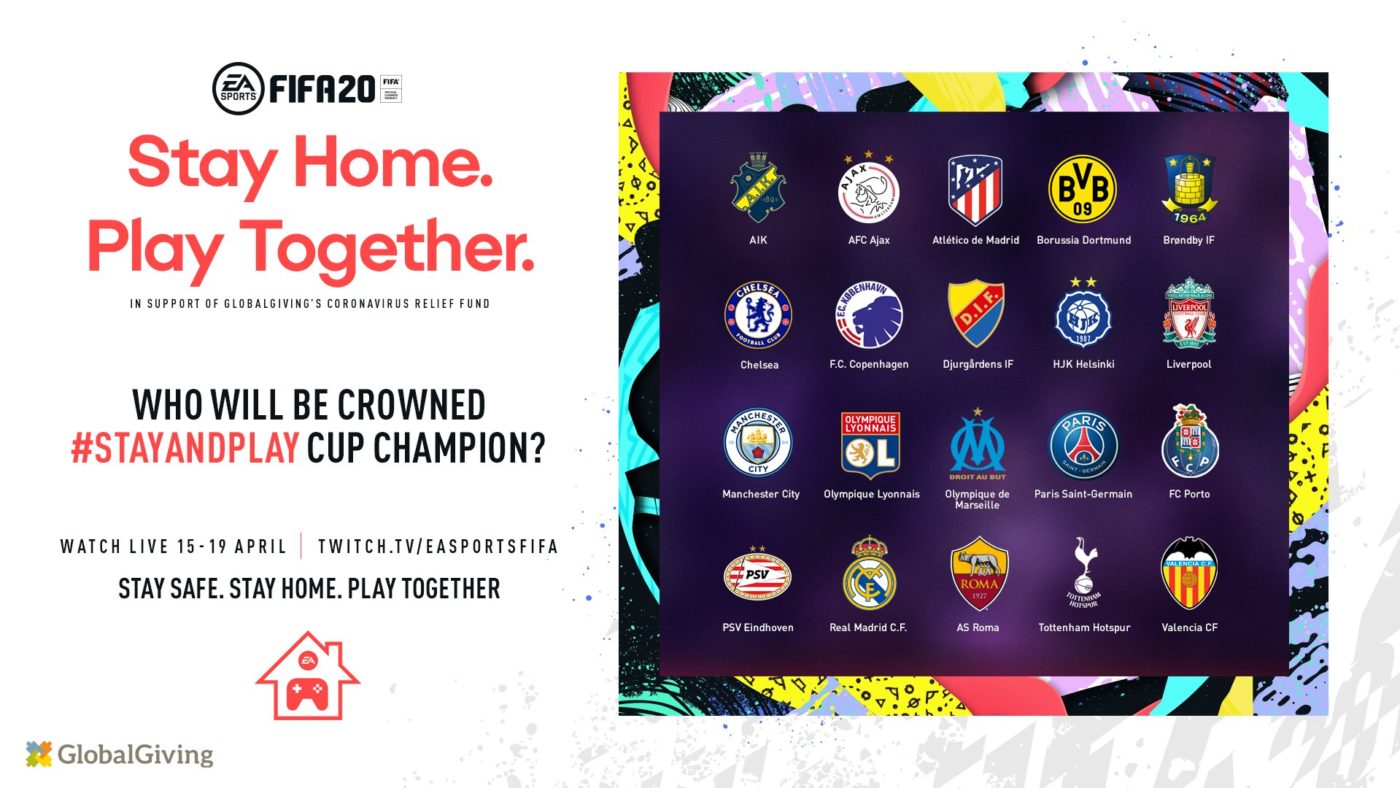 Game company EA recently announced that the sports video game FIFA 20 has started its Stay and Play Cup featuring the pros of the sport on live stream.

Amidst the coronavirus pandemic, real-world sports events have been canceled, which is why a few of them have started live stream tournaments using the video game versions of them. In a previous tournament, NBA started its 2K20 tournament on ESPN, which was successful. This time around it will be the soccer version and will start its Stay and Play Cup next week.

The virtual tournament will be held on EA’s Twitch account and will feature professional players from 20 different world football clubs. This will be interesting to watch because of the ones controlling the virtual versions.

The players are unknown at this time, but the teams are. These teams are Manchester City, Liverpool, Dortmund, PSG, and Real Madrid. The cup will be a single-elimination tournament and $1 million will be donated by EA to Global Giving’s Coronavirus Relief Fund.

Stay Home and Play Cup will be launched on Twitch this coming April 15 at 9 AM PT. The game is already available on PC, Xbox One, and PlayStation 4.