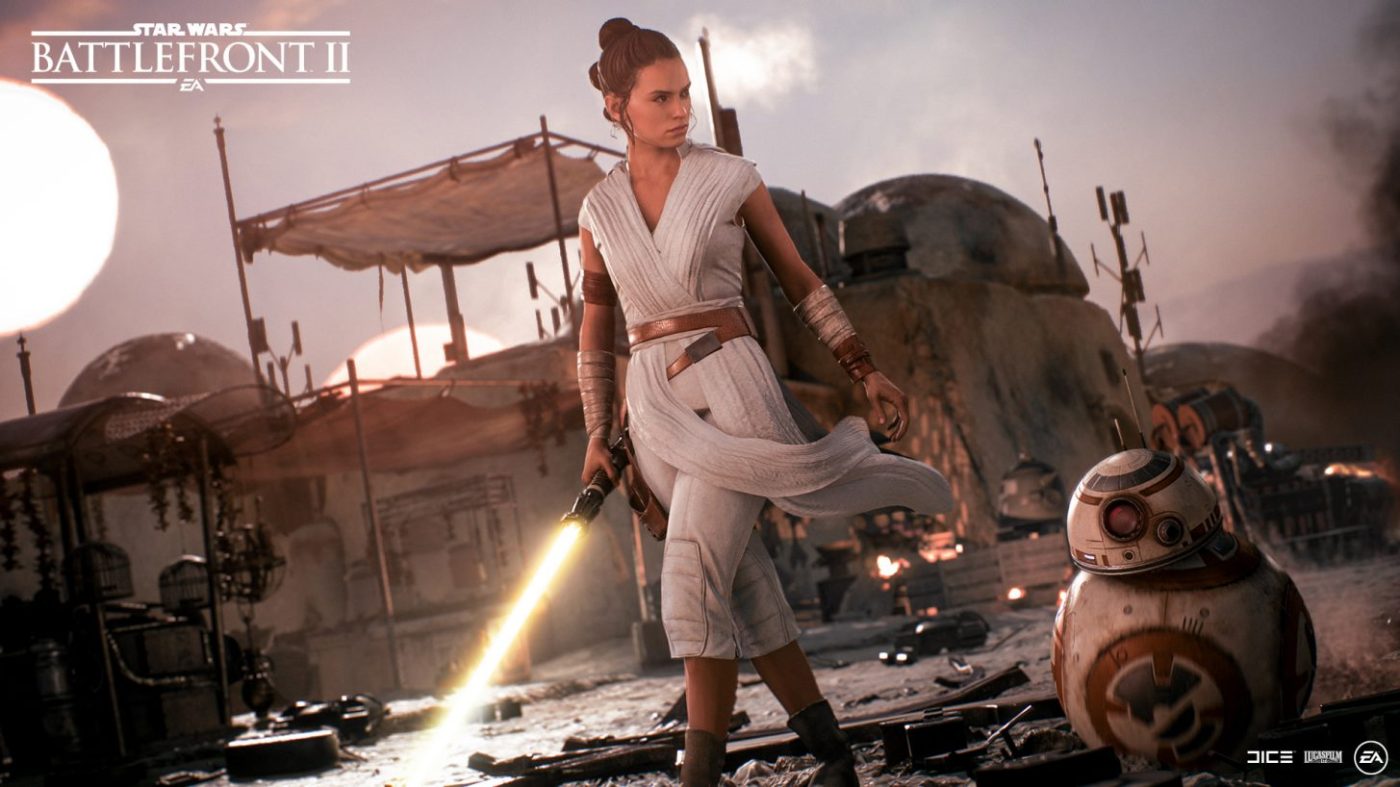 Creative director Dennis Brannvall just announced that after more than 2 years, the vision for the game is now complete. After 25 free content updates, The Battle on Scarif will be the last one to be implemented, which will be on April 29.

After the last content update, the in-game challenges, recurring events like Double XP, and more will still be available. They will just be moving away from delivering regular content updates from now on. Scarif and Crait will join both Heroes and Villains game modes and Co-Op will see the addition of the MC85 Star Cruiser, First Order Star Destroyer, and Scarif.

Players who like to play offline solo play will also get the treatment as well. This is a version where players can team up with and against AI on all Co-Op enabled locations. This will be an option for the Instant Action mode.

DICE will also implement special appearances of characters like Rey wielding her yellow lightsaber, Kylo Ren wearing the reforged mask with the hood up, and Emperor Palpatine of Star Wars: The Rise of Skywalker. Darth Maul gets an appearance too with his pair of mechanical legs. Players only need to eliminate 5,000 enemies as Darth Maul to get that look. Rey’s hooded look can be unlocked by uncovering the mystery on Takodana.

Star Wars Battlefront II is now available on PlayStation 4, Xbox One, and PC.