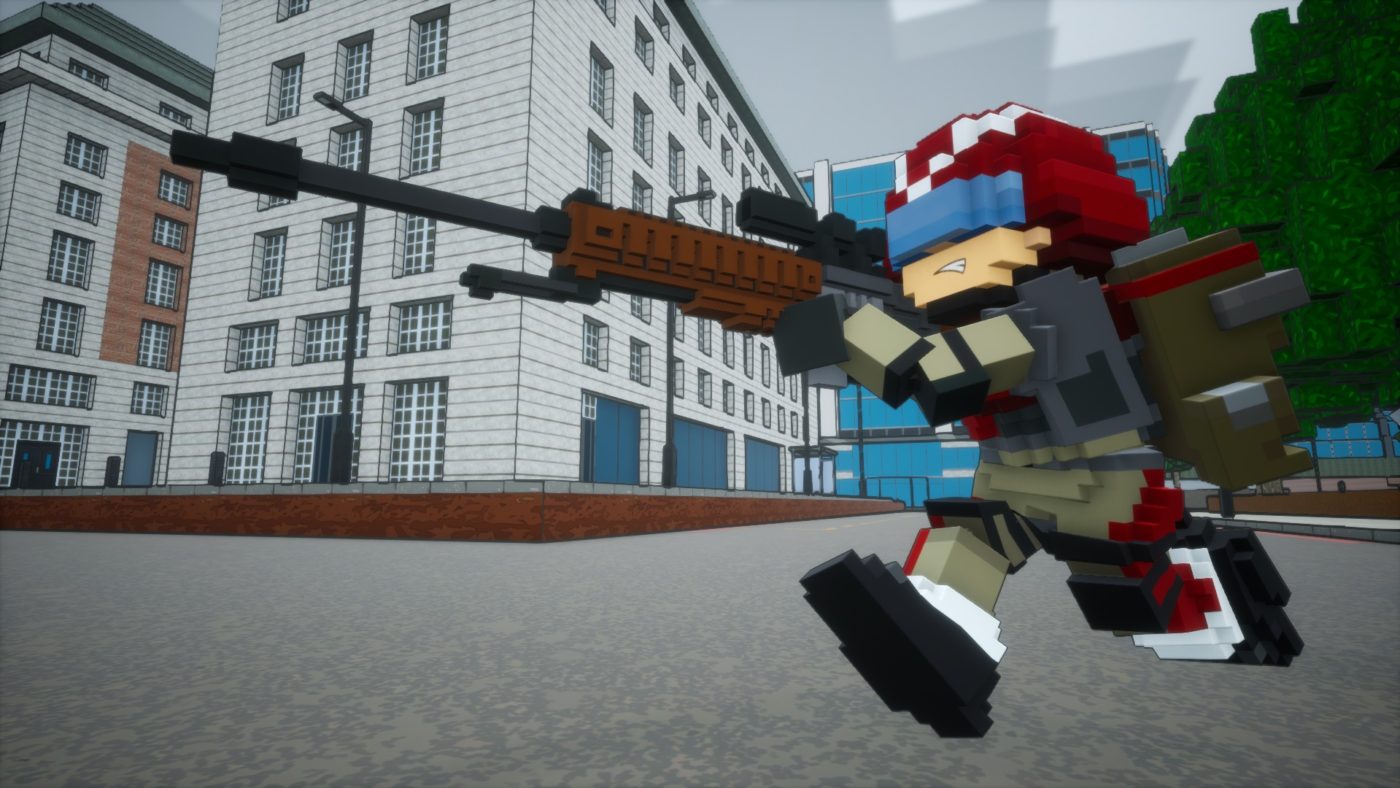 This will be the first title of the EDF series that will be released on the Nintendo Switch in addition to the PlayStation 4 console. World Brothers will be taking on a completely different look from the rest of the series with the new voxel art style.

The game will launch in North America and Europe early next year on the Nintendo eShop and PlayStation Store. The game publisher is aiming to deliver the ultimate EDF game that is packed with a lot of content for new and returning EDF fans.

In a parallel universe where everything is in 3D voxel art, a new battlefield has taken stage in the EDF series. Voxel Earth is falling apart into square pieces, breaking its blocky peace, as alien invaders in large motherships have caused a catastrophic rift in their massive attack. With the world in turmoil from an alien attack by enemies from the EDF series, the player and the “EARTH DEFENSE FORCE” must rise to the occasion and save the day to restore a shattered Voxel Earth to one peace in “EARTH DEFENSE FORCE: WORLD BROTHERS.”

This is an EDF universe where everything is displayed in voxel art. Players will be taking the fight on different landmark battlefields in different countries like Japan, America, and more. Players will be able to choose a selection of memorable EDF legendary soldier classes and weapons ranging from the original game to the latest one with the spin-off series. Aside from recruiting the iconic EDF soldier classes and weapons, players can also look forward to new characters to discover all over the “Voxel Earth” as local EDF members known as Brothers and Sisters. There are over 100 new members to find in this game.

“EARTH DEFENSE FORCE: WORLD BROTHERS” key features include:
• Voxel World’s EDF: Expect the world of EDF in a whole new voxel art look with a family-friendly appeal, all filled with the same swarms of aliens and invaders for players to exterminate within the EDF series
• Create your very own EDF: Each mission is tackled by a 4-member team that players can mix and match between EDF members to maximize each of their abilities to lay waste on their enemies
• Historic EDF members return: From the very first EDF release in the numbered series all the way to the most recent “EARTH DEFENSE FORCE 5” launch on top of the spin-off titles including “EARTH DEFENSE FORCE: INSECT ARMAGEDDON” and “EARTH DEFENSE FORCE: IRON RAIN,” players can recruit legendary EDF members and access the wide array of weaponry from a massive selection of the previous games to their teams in the new voxel form
• Historic enemies of the EDF series make a comeback too: Familiar Giant Land and Air Creatures alongside Alien War Machines that have invaded Earth and caused mass destruction countless times in all of the past EDF series games are returning to invade in full, voxel form and force