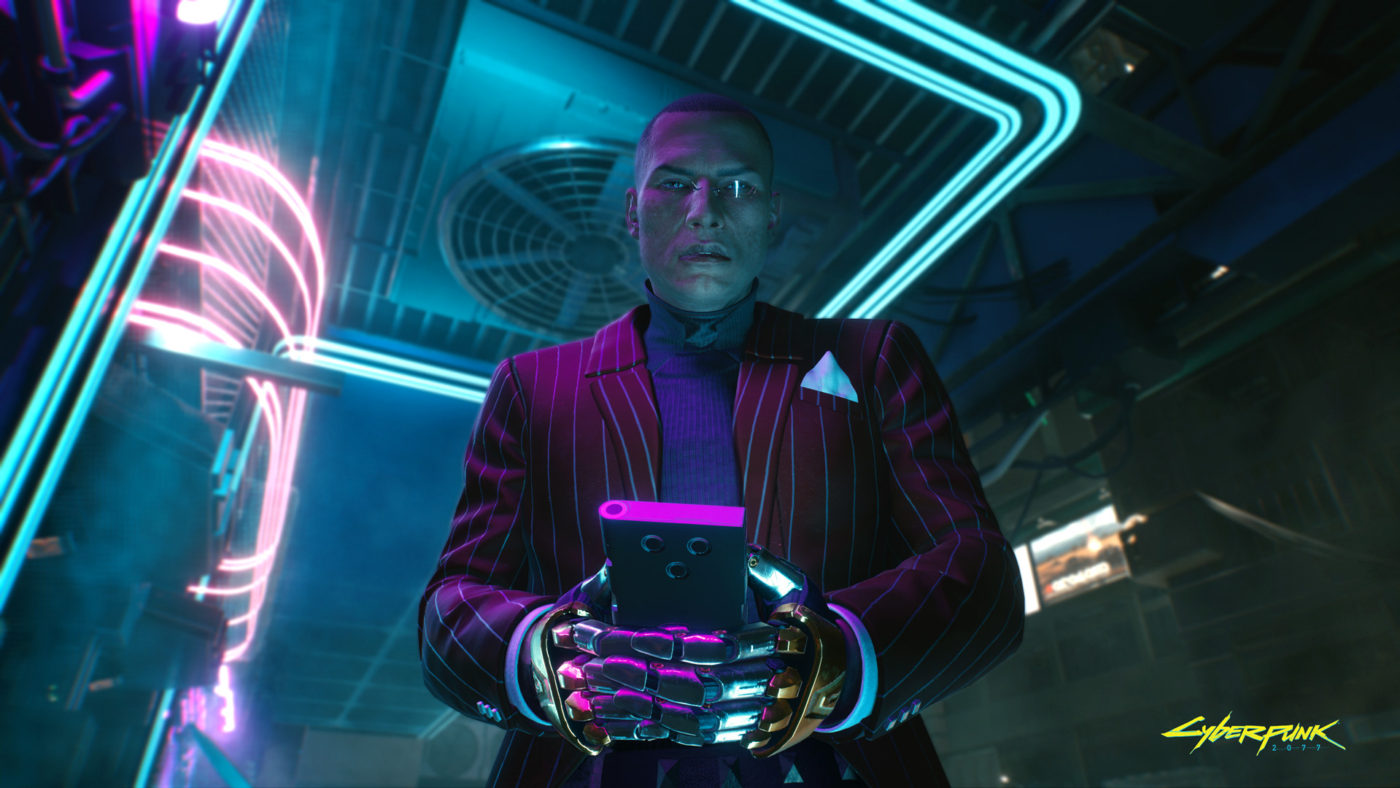 After a few delays from CD Projekt RED, the upcoming game will be released several months away. That does not mean the game studio is not going to provide the fans with information about the game. Just recently the official Twitter account made a new post attaching two images of new characters with only their names: Mr. Goldhand and Mr. Jenkins. From the images alone, these characters come from the corporate part of the game, which classifies them as Corpos. These are individuals who are wealthy and display it with gusto.

Corpos are usually people who wear expensive-looking tailored clothes, have a couple of cranial implants, and other additions that screams wealth. Mr. Goldhand has a particular set of implants that exactly shows how wealthy he is: his hands are mostly made of gold. Mr. Jenkins has a more subtle look with a sleek black suit showing his power. Also, is it me or are his eyes glowing blue?