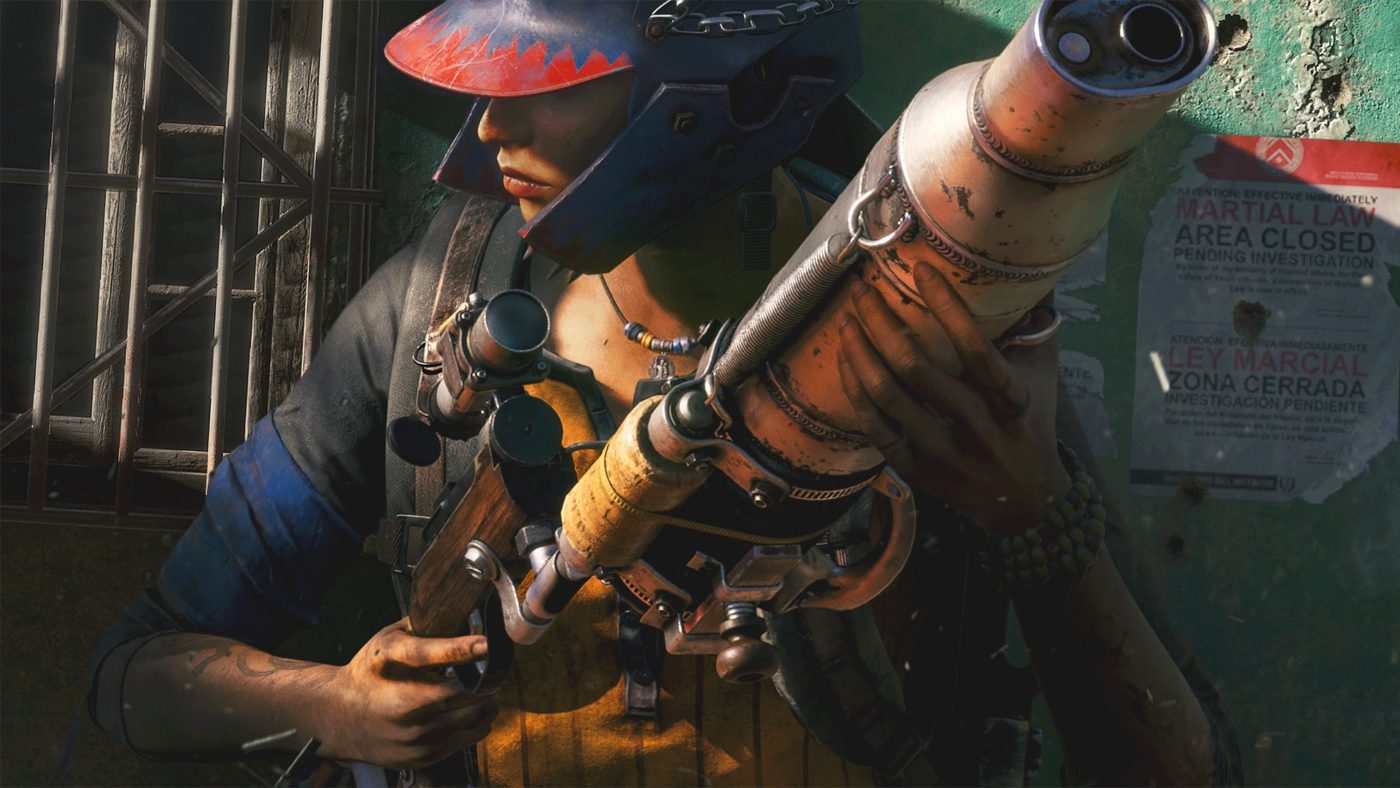 The upcoming video game Far Cry 6 focuses on a revolution and the new villain President Anton Castillo ruling the tropical island of Yara. The villain is being portrayed by the talented Breaking Bad actor Giancarlo Esposito, which has garnered a lot of praise for showing that he can become a Far Cry big bad boss.

Aside from that though, the sixth title of the series features the protagonist by the name of Dani Rojas and his cute sidekick, the wiener dog Chorizo. The latter has also gotten sudden popularity due to how cute it is being portrayed on screenshots and concept art images. Narrative Director Navid Khavari sheds some light about these two characters.

Khavari revealed that the studio chose Dani Rojas because they wanted someone who would tell the revolution story, the guerilla movements, and has a personal connection with them. This was how the protagonist was conceptualized since he was someone deeply rooted in this game world.

The narrative director then revealed that since players could choose between male or female protagonist, they had to do a proper performance capture to get that proper look. They hired Sean Rey as the male and Nisa Gunduz as the female in order to create him or her as the face of the revolution.

Speaking of the face of the revolution, there is another one who has that and in the form of a sidekick/mascot. This is the wiener dog Chorizo that seems to have a birth defect since it needs a special chair to move around. And that special chair comes in handy because it can become a tool for destruction and pain.

Besides that violence, Chorizo is well loved by the game studio. According to Khavari, after it was conceptualized and got its concept art spread around the workplace, the next day it became everyone’s wallpaper.

The tease for him is that he literally kills with kindness, that’s all I’m gonna say. I think he really kind of embodies Far Cry, you know, the fun and the joy and the little bit of terror that you get in a Far Cry game.

So there you have it, Chorizo will kill enemies with his kindness and cuteness combined. It will be one hell of a game to play.