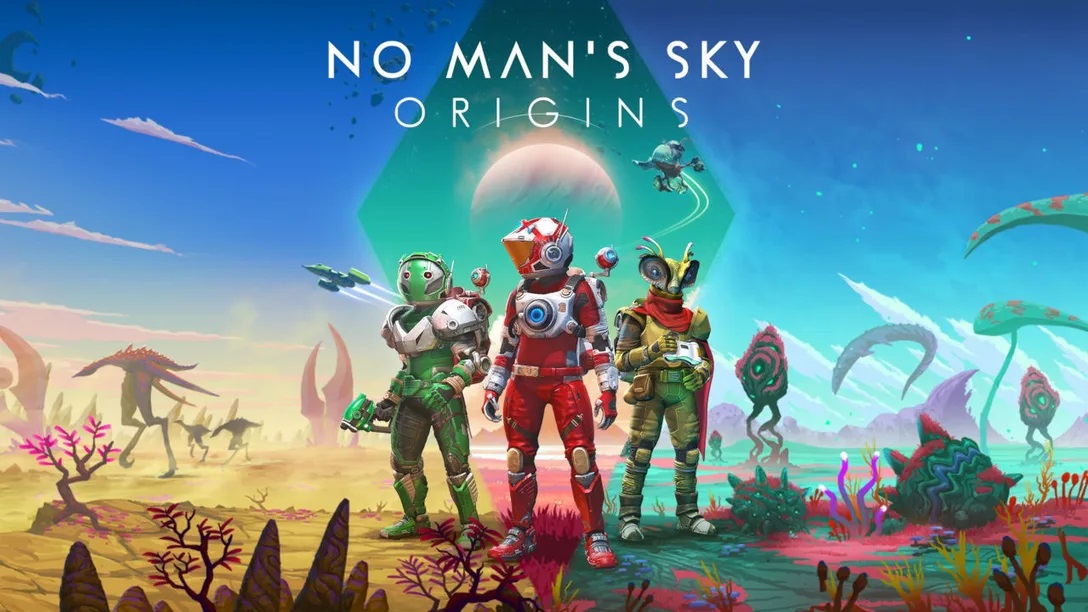 Hello Games revealed that Origins will dramatically expand the universe of the game. It will now have a stranger, richer, and more varied universe with deeper planetary diversity, and dramatic new terrain. It will also have a host of new creatures, new weather conditions, colossal buildings, and many more.

Some solar systems will have new planets to explore with new fauna and life to check out. There are rare systems that will have multiple stars, which will create new patterns in the sky. The new planets will have a vast terrain with mountains and vistas on a colossal new scale. Existing worlds will still have their old character, which will make player bases to remain undisturbed.

The user interface and menus have been overhauled and now have new colors and styles. This is to give it a new aesthetic.

While there are new planetary fauna to discover, there are new species of them as well. Alien wildlife can be encountered roaming around the terrain, rolling around, or sometimes burrowing underground. They can be harvested for edible produce as well.

Cloud and weather variety have improved with the Origins update with the range of cloud cover expanded. It now creates more variety between clear skies and overcast planets. Cloud coverage and color now changes over time. The clouds seen from space will now match the ones seen in the planet below.

Some fertile worlds will have swamps and marshes, which will be thick with mist and luminous fungal growths. The color palette has been increased as well to create more possible variations.

The teleporter interface has been improved with the update. The UI is now consistent with the Space Anomaly teleporter with more information about the target planet or system to jump to.

For players who like to do photo op on their playthroughs, photo mode has been revamped with more filters and increase control over clouds, fog, vignettes, and depth of field.

The colossal buildings seen from a distance can now be visited, which has new hubs of alien life. It will have important data, treasure, and directions to long-forgotten ruins to discover. It will also house some cultural and literary histories waiting to be discovered.

Players are warned that there are some planets that have been infested by anomalous lifeforms and vegetative growths. When exploring, take extreme caution. There are also anomalous planets that have abandoned and ancient settlements, which increase the range of planets available for missions and exploration.

The range of atmospheric illumination has been broadened. This creates unique combinations of lighting conditions on planets.