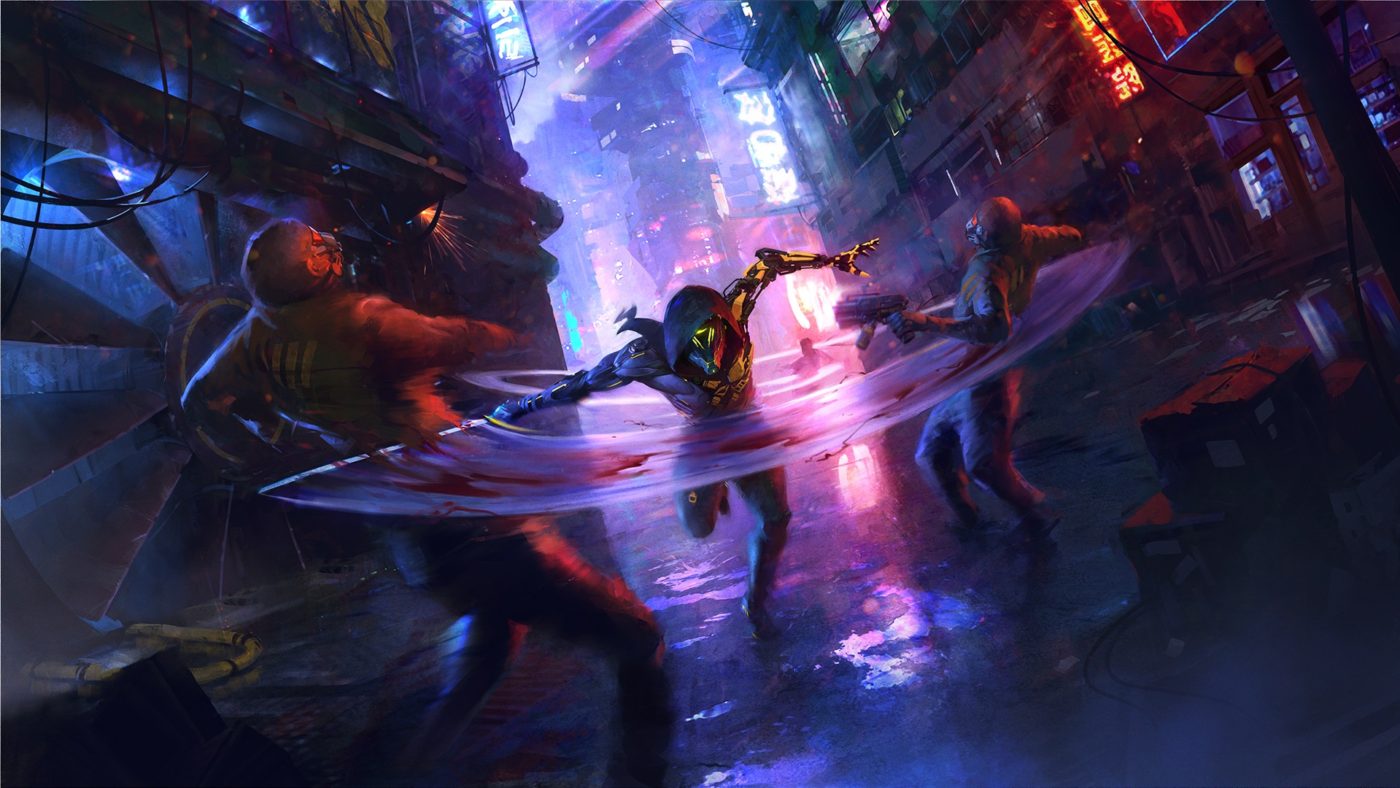 Ghostrunner definitely has solid gameplay mechanics, not so with narrative – Impressions

Wall-running, aerial drop attacks, katanas in a cyberpunk setting, all sounds interesting, right? Because it is. Ghostrunner can be more in many ways, and it pays homage to gamers who love speed-runs and challenging obstacles. Figuring things out like taking a specific direction over the other, do you simply attack head-on, skip battles to finish a certain stage faster than anyone else. That sums up everything about the game developed by three studios — One More Level, 3D Realms, and Slipgate Ironworks.

The Ghostrunner demo 505 Games provided was a tad short than what I’ve expected. It’s supposed to be a 2-hour worth of content with 2 levels, and a couple of features. But it seems like the build was something different. It wasn’t two hours long, rather, it was just about 8 minutes (or even shorter, depending on how fast you are). I’ve sent out an e-mail, and it’s quite unfortunate that our contact is out of the office until October 4.

And just recently, a 1.5GB patch went live on Steam. Hoping to get new content for the demo, it did extend the playtime to about 13 minutes tops, and not the “average length of 2 hours” that 505 Games mentioned. However, there were improvements from the build I played before the patch, blood splatters weren’t visible and the graphical options didn’t include DLSS, but now it does.

The demo does give what you get to expect from Ghostrunner next month. As mentioned, it pays homage to speedrunners, and there’s going to be an awful lot of competition between your friends and people across the world, beating the game in a quick and efficient way possible.

The game is simple enough for players to get a hold of, simply click the left mouse button to attack, shift to dash or dodge and even stop time as you manipulate the laws of gravity, and Left CTRL key to crouch and slide while running. You also get to do wall-running and kill enemies from above. It’s cool and fun but a little bit dull. Not to mention that lack of captivating players for its narrative.

While the game isn’t marketed for story hungry players like me, the Ghostrunner demo actually made curious about Mara and why she killed the Architect. As you play through the two available levels in the demo, you get an idea of its plot, and that Ghostrunners are protectors and not just assassins. But you, the 74th Ghostrunner, and the Architect were betrayed by what seems like a female version of Dr. Octopus from Spider-Man. Not much is known about its story, but I’m starting to sense of that cliche in narratives like this.

Ghostrunner feels amazing with its controls, it’s smooth, and you can adjust the mouse sensitivity to give you that edge and accuracy when slashing your katana through enemies. Aside from its well-polished controls, the core gameplay focuses on speed-runs and how fast you beat a level. The enemies are deadly and can kill you with one shot, there’s actually no difficulty as the game itself is somewhat hard (truth be told, it’s easy for me, but the later levels in the final game may not be). And it’s kind of disappointing to just encounter one type of enemy unit, as it falls flat in terms of variety. There should’ve been at least one boss fight in the demo for people to get excited for to compensate the lack of enemy variations.

What makes Ghostrunner addicting is the fact that you have a game counter and a leaderboard that shows you the time you completed the level, potentially shows your friend’s progress too if they play the demo. If you’re competitive and quite eager to beat your own (and others) lowest time, then you’ll have fun experimenting ways to shorten it and lower the number of deaths.

Ghostrunner runs impressively at Epic presets on a 1080p resolution with my current set-up: an AMD Ryzen 7 2700 with an RTX 2070 8GB and 16GB of RAM. I haven’t had any dips in overall stability as it consistently holds 60 frames per second in every battle sequences and platforming. When it comes to graphical options, you’ll have a hefty amount of configuration to tinker with. You have the DLSS option made available, with FidelityFX Upsampling and Sharpening, Post Process and Material Quality, and more. So if you have a low-end gaming PC, you should be able to set the graphical settings to something stable for your build.

To be honest, it’s hard to fully critique the optimization of the game until we get our hands on the retail build, but I have to say, the game is visually impressive and surprisingly stable.

The Ghostrunner demo had me interested in what the developers might potentially have. It’s a fun game, the narrative can be ignored but it might open up after a few hours in the final retail build, but overall I would say it’s a game for those who love speedruns.

Ghostrunner will launch on October 28 for PS4, Xbox One, and PC. The demo is also now available on Steam if you’re interested to test it out.