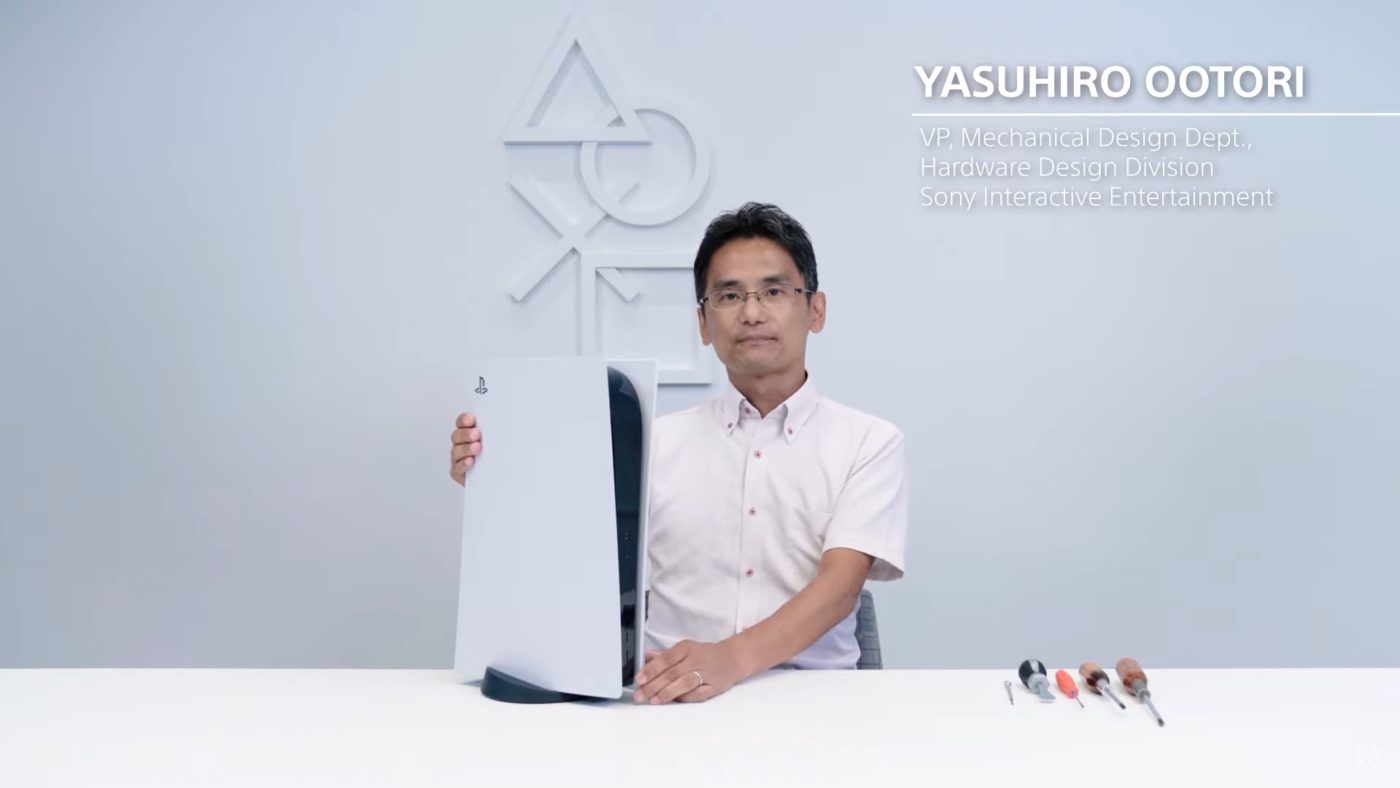 After the recent revelation of the PlayStation 5 hardware being dissected by Sony Interactive Entertainment Mechanical Design Department VP Yasuhiro Ootori, it has been a frequent inquiry by many excited fans and curious buyers of the upcoming next-gen console system: how does one position the console?

Since the introduction of the horizontal and vertical positioning of the consoles since the PlayStation 2 era, many have debated which position is best. Some credit it for faster disc-reading, others think it is just for display purposes, but majority want it for its airflow. Most gamers think that there is a particular position of a console that would make the airflow inside it way better, making it less prone to overheating. This has been especially true with the recent consoles, the PlayStation 4 Pro and the Xbox One X.

With the introduction of the PS5, Ootori finally divulges the recommended position for the console. His answer is quite interesting.

According to Ootori from his designer’s point of view, there is actually no difference in cooling performance between vertical and horizontal installation. Here is how he states it (forgive the translation, it’s Google translated):

This is a frequently asked question. From the designer’s point of view, there is no difference in cooling performance between vertical and horizontal installation. I think some people think that the heat dissipation efficiency should be higher in the vertical installation due to the chimney effect. However, in a cooling system with an active fan (electric fan), the chimney effect is at the measurement error level. It works according to the specifications in both horizontal and vertical installation. Personally, I like the vertical placement where the top and bottom of the “PS logo” can be seen correctly (laughs).

So there you have it, there will be no difference if the PS5 is positioned vertically or horizontally. And he prefers it if the PS Logo can be seen in a correct position, which means on vertical.

PlayStation 5 will launch on November 12 for the US, Japan, and select few countries. The rest of the world will get it on November 19.