The Legend of Heroes: Trails of Cold Steel IV – Review 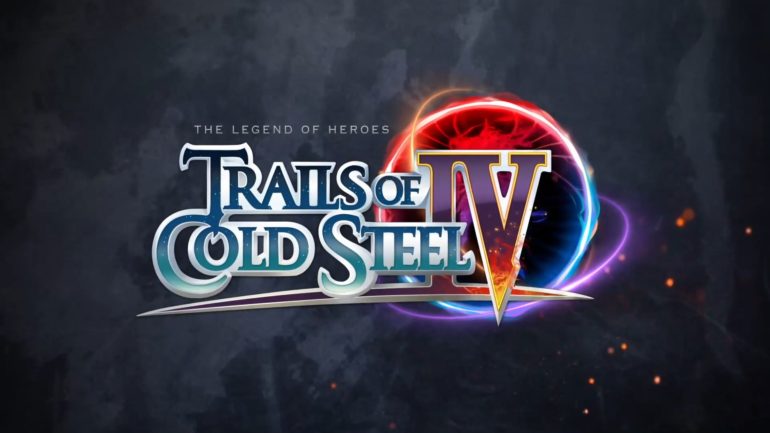 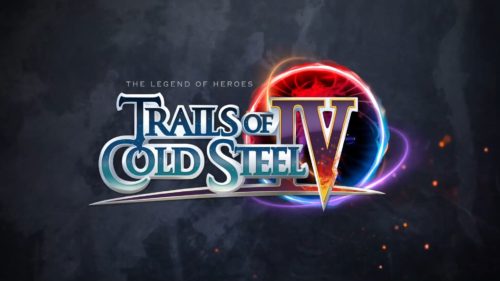 This review may contain minor spoilers.

Well, it’s finally here, the endgame for the epic saga of Cold Steel. The Legend of Heroes: Trails of Cold Steel has been nothing short of an amazing, emotional, and memorable epic that I have had the pleasure of playing. What started out as me simply just looking for a JRPG in my Vita to waste my time in and maybe find an interesting story has turned into one of the greatest JRPGs that I have ever known in my life. Something that was so simple and generic had become something so much more the more time I invested in it and all of it not only paid off in the end but also introduced me to just how much bigger the world of Trails is that I even went and played the previous games like Trails in the Sky and while regrettably, I have yet to start on the Trails of Zero/Azure games I for one am looking forward to playing them in the future.

In Trails of Cold Steel IV an event occurs wherein the greatest powers of the continent known as Zemuria are setting up for an all-out war that would change the very world order of its people while behind the scenes a tale of a dark organization and a powerful dictator is setting up a ritual that has long been prophesized by ancient powers beyond the understanding of man. In Erebonia, the largest and most powerful nation in Zemuria, the people are being conscripted to join a war that they want no part in except a terrible shadow spreads across the land which influences them to support the war instead. Friends, family, lovers, colleagues, and many of their other countrymen are being separated from each other and their views towards the war are becoming more and more twisted and breaking them apart even further. As each day passes the shadow grows stronger and the influence consumes more and more of the people. What’s worse is that even the environment and the creatures of the land are being affected and becoming much more dangerous and to add on top of it malicious beings from another plane are manifesting throughout Erebonia.

The ones responsible for all the chaos and strife have become even more powerful now since they have allied themselves with dark and powerful organizations whose goals align with the mastermind of the war. All form of hope is quickly fading as the day for when war breaks out looms ever closer and what’s worse is that the numbers of the soldiers are only swelling and their technology is also rapidly advancing and makes use of the darkness that permeates the land as a form of power source with which they can draw upon and create more havoc than what was previously possible. Yet however faint, there was still hope left that remained and this is where the tale of Class VII truly begins in this 4th chapter.

In Trails of Cold Steel IV not much time passes as Class VII and a certain collection of individuals begin their plans to avert the war and stop the chaos that is already present in the land. When we last saw Class VII in the 3rd Cold Steel game it seemed that all hope had been lost and our main protagonist no less has fallen, but with the advent of Cold Steel IV, heroes of previous sagas have banded together to find the truth of what happened in Erebonia prior to the declaration of war. After finding the truth the new class VII awakes from their long slumber to find themselves weakened and ill fit for the trials that lay ahead. After some time training themselves back to proper form and recollecting the events prior to their long slumber they set out on a journey to find their teacher to make themselves whole again as Class VII and give them a proper chance at finding a new path despite all the chaos that surrounds and suffocates them and their fellow countrymen. All the while old and future allies of Class VII slowly start to get a grasp of the true situation at hand begin to prepare for the upcoming war and find their own way to support Class VII and their goals.

CS IV certainly packs a punch right from the get-go and they do it spectacularly by letting you control a special team composed of the protagonists of the previous sagas while fighting some of the heavy hitters of the entire game and that’s just the first boss battle. Act 1’s pacing will probably feel slow to some people and there isn’t much tension but it’s mostly due to the fact that Class VII will mostly be retracing their footsteps from their previous field exercises and get themselves reacquainted with the land and its people which feels different from when we sort of did the same thing in Cold Steel II but the war had already begun in that game while in this one the war has yet to start hence the lack of tension which I personally missed.

Act 2 however is a different beast and gives you an All-Star showdown right from the start. The game gives you a straight-on impact which sets the pieces in place for the story to finally get itself rolling. The developments just don’t stop throughout and continue to roll on as Class VII gets themselves more allies than they could’ve asked for which in some ways gave me my fair share of wild surprises and it all turned out great for setting the final stage where all the odds are stacked against Class VII and their allies. It all ultimately led to an epic and satisfying ending that fully completes the Cold Steel saga though reaching it wasn’t so easy.

The gameplay mechanics are basically still the same and they’ve also brought back the quartz slot rank up system which was present in CS II and in the previous sagas’ sequels. The Order system that was introduced in the previous game now has a rank up system but has a different method of ranking up from the quartz system. Due to the spirit veins acting up in Erebonia, the higher elements now have an effect on almost every enemy you encounter in the game. Aside from that most of the combat-related mechanics largely stay the same though of course there are now higher level caps.

As for other changes I’m glad that the devs have made it much easier to find NPCs that might have collectibles that one can easily miss out on which more or less has an impact on the game but mostly it’s for achievements, lore, and world-building purposes. It’s also very much appreciated that the High-Speed feature makes a comeback which I personally was afraid that they might remove it for the 4th game. When using the feature though beware that the frames may become unstable and be careful when using it on cutscenes or one can easily miss out on some dialogue or images of notable individuals and memories. It is nice to note that the frames were stable in most areas unlike the penultimate final dungeon in the previous game which made navigating through it a very unsettling experience.

There were of course a few translation issues but they were mostly negligent and understandable considering how text-heavy this game is though it was certainly a bit jarring that there was a translation mismatch near the end of the game during a battle sequence which confused me a bit though what was said and the text on the screen was basically the same in meaning at the very least. In my personal experience, the audio was somewhat uneven wherein the voices would be louder than the BGM which sounded weak in comparison. While one can easily change that in the settings it was something I never bothered within the previous games or in any other game for that matter since I usually leave them on max equally except for the sound effects usually so I thought it was something to take note of. The last big issue I had was that the game tends to make my PS4 Pro sound noticeably loud which if one looks at the game they’d think that it would play quietly on a PS4 especially on a Pro model for that matter.

There were plenty of times that the game played with my emotions but seeing the ending just made me stop holding back which goes to show how much this series has grown on me and I’m sure that anyone who can be patient and takes the time to truly play this amazing series of games will be rewarded with nothing short of one of the best JRPGs out there. Fair warning though that playing Trails of Cold Steel I is literally playing the entire tutorial of the Cold Steel saga. I kid you not when I say that the 1st game is in my personal experience 120+ hours of just playing the tutorial and my friends who’ve played it agree with me 100% on this. The saga ends and a new one awaits us old and new fans of this epic series.

The ending of Cold Steel III according to the devs has the overall series at a little over 70% complete so after this game, we’re right around the 70% mark so it only took us 9 games to reach this point which is nothing short of amazing and not to mention that the series can only go higher from here so we as fans should also be prepared.

Closing out the tale of The Legend of Heroes: Trails of Cold Steel saga has certainly been one of the most enjoyable gaming experiences I’ve had in my life. Seeing how far everyone in Class VII has grown and remembering all the trials they’ve had to overcome to reach this point in their lives has been an incredibly amazing journey. They are characters that we’ve grown attached to and we wanted to see how their journey plays out and how it’ll end and we got just that in this final game and one can’t help but probably become a bit emotional over that. While the saga may be over, they still have a part to play in the grand scheme of things which we can definitely see more of them in the next Trails series. 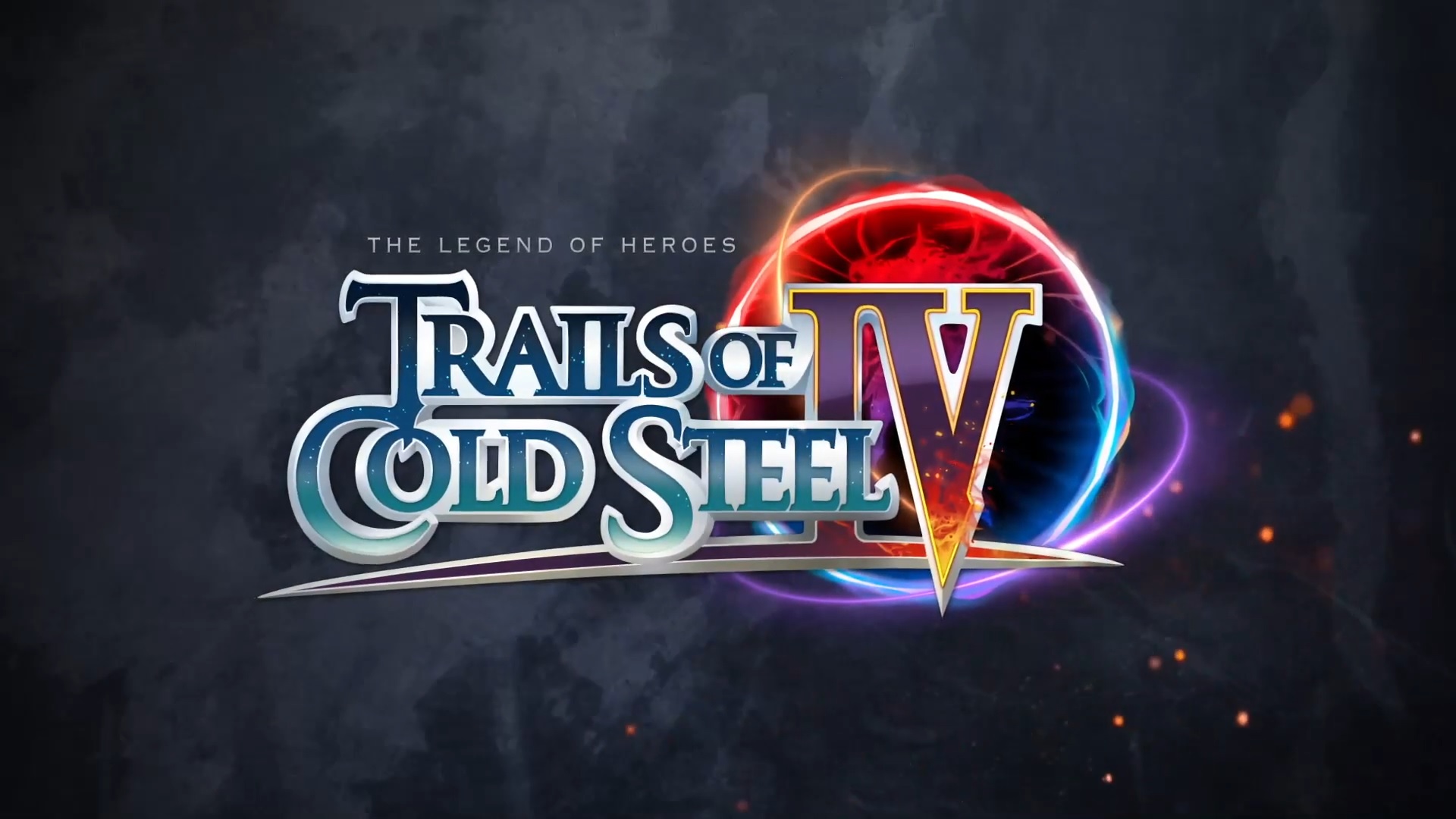 The Legend of Heroes: Trails of Cold Steel IV – Review
Score Definition
Almost perfect if not for the nitty-gritty. If it’s quite there but not enough to push the boundaries, it’s still an awesome game.
Pros
Epic and Satisfying End to the Saga
Incredibly Rich Roster of Characters to Play
Great Voice Acting
Much Easier to Find Collectibles Than Previous Games
Cons
Uneven Volume of Voices and BGM
Unstable Frames on High Speed Mode
Noticeable Fan Noise
Slight Translation Errors
9
Excellent 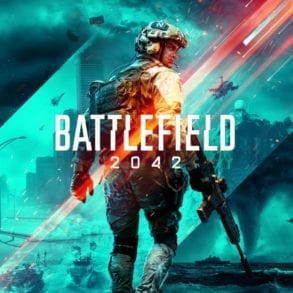