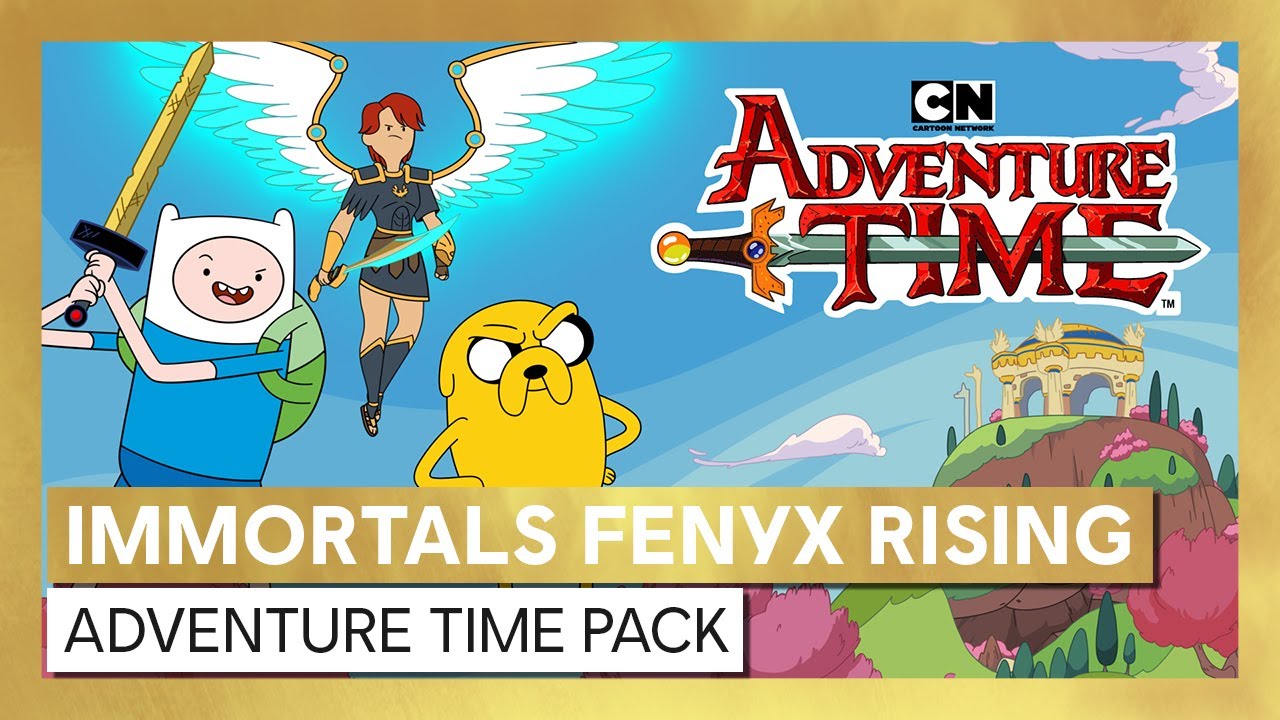 The crossover is the second time around and this time it is another Character Pack that transforms Fenyx, Phosphoros the Phoenix, and one of the unicorns. This makes them look like Lady Rainicorn, Finn, and Jake.

The costume that Fenyx wears is the iconic evil bear hat and blue shirt that Finn wears in the cartoon series. Phosphoros’ face has been transformed into Jake with his body of a bird, while one of the unicorn mounts turn into Lady Rainicorn with the rainbow colors.

The video starts with Jake and Finn attacking Cerberus but fails miserably. Fortunatley Fenyx arrives with proper armor and weapons to deal with the creature. All of these scenes are in Adventure Time visuals, so fans of the cartoon series are in for a treat.