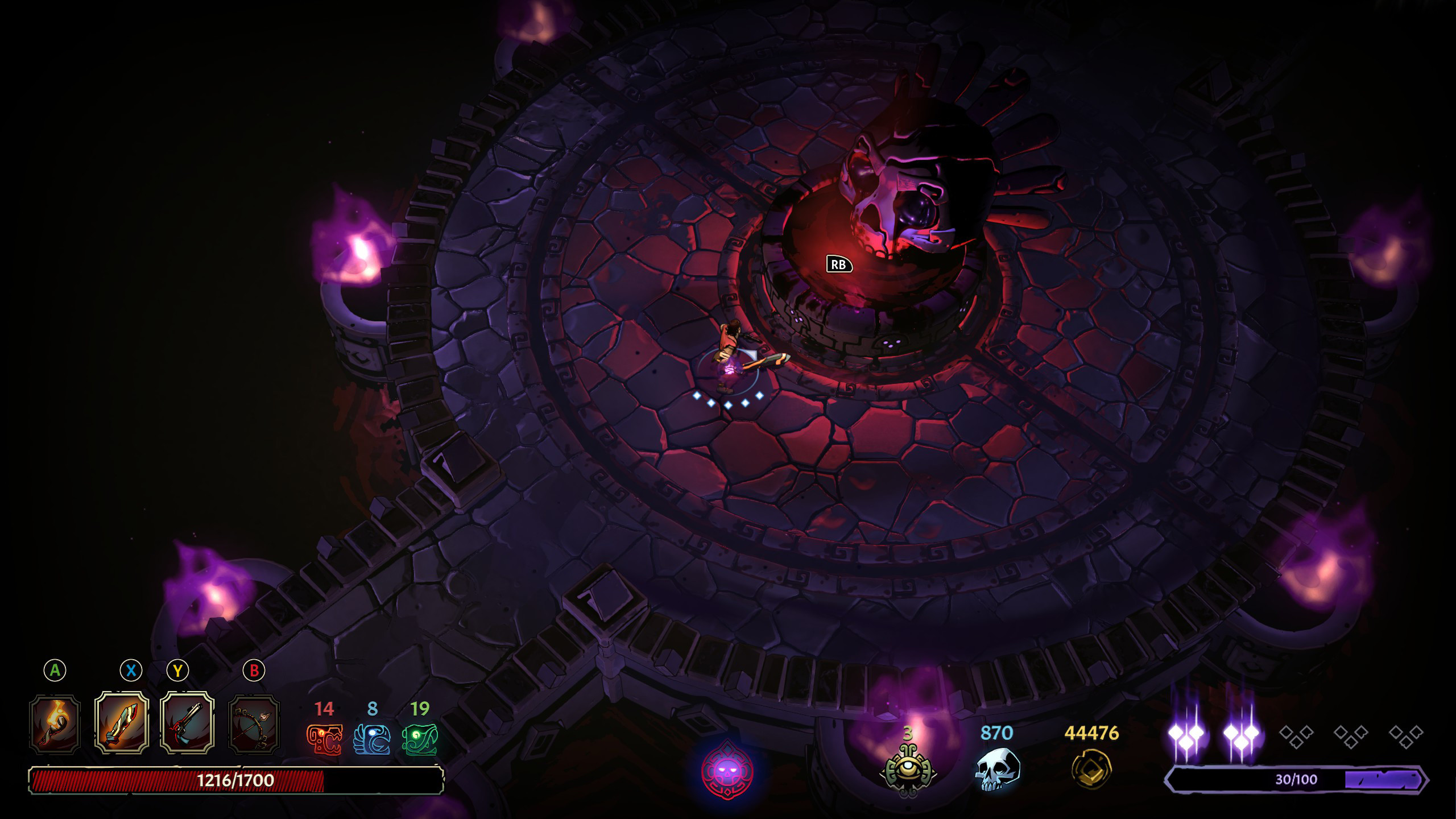 Game developer Passtech Games and publisher Focus Home Interactive recently announced that after a successful Early Access, the unique and demanding roguelite Curse of the dead Gods will launch next month.

The upcoming video game will finally leave Early Access and will have a full launch on February 23 on PlayStation 4, Xbox One, Nintendo Switch, Steam, and Epic Games Store.

Aside from the content that was already in Early Access, the full release will have a brand-new update featuring the true ending of the journey leading to the God of Death itself. This will be the first time that it will arrive on consoles, which will release simultaneously on PS4, Xbox One, and Nintendo Switch.

“The full release of Curse of the Dead Gods wouldn’t have been possible without all of the incredible work from the entire team and our excellent community of Early Access players,” announced Sylvain Passot, Studio Director at Passtech Games. “The amazing community that has grown around the game has really pushed it to the right direction. We can’t wait to welcome all the players to the Temple and we’re looking further ahead to 2021 for new exciting content.”