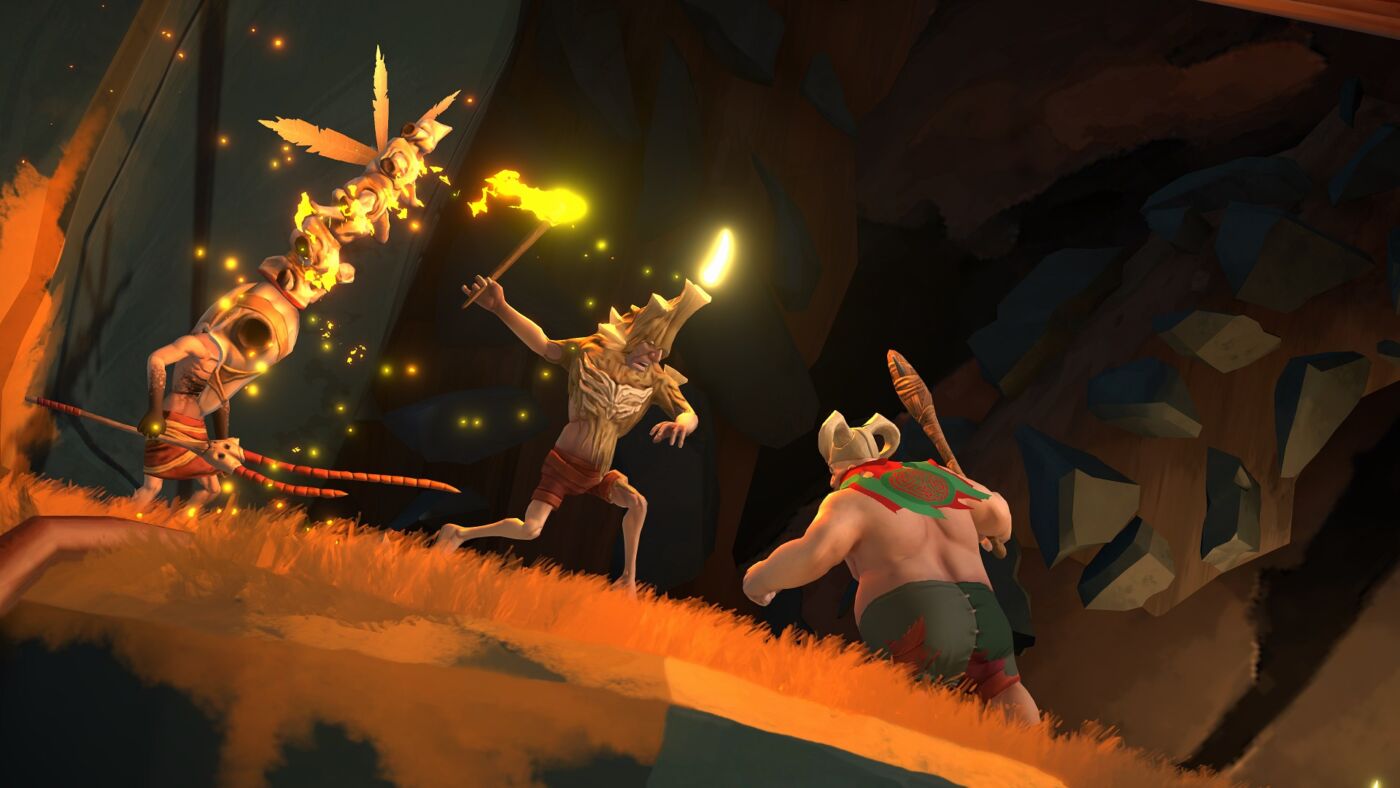 Players can play eight different warriors with their own unique weapons in order to unravel the dark secrets of every ancient God. It has a pick up and play combat style that is easy to learn but hard to master.

Gamers can choose either the standard edition or the Valiant Edition, which includes Hunter’s Head Gear (previously available for those who pre-ordered the game) and the Valley of the Dormant Gods DLC.

The Hunter’s Head Gear is assigned at random in each new game playthrough. The thrill of the hunt runs through the blood of the clan and it is ritual for the trophies seized to be worn proudly and displayed for all to take notice. The hides of five exclusive beasts; a wolf, bear, boar, fox and badger are fit to be worn by any warrior and shall act as an emblazoned warning to the gods that the hunt is indeed on.

The Valley of the Dormant Gods DLC further enhances the game with three new gods – in addition to the 10 already in the game – two new weapon classes, new items, new skills, overworld extras and warriors garb. The content will be released episodically as three new levels within the game in the coming months post-launch. Each level will include a new God, alongside the other bonus content.

Experience the brutal trials of a venturous band of warriors in their desperate plight to sever the gods’ callous grip on humanity. Every man and woman who can muster a blade, having suffered the brutality of the gods’ reign for too long, will be called upon to form your clan of eight Celtic survivors and rise up to take on the legions of horrific beasts and minions that dwell in each of the gods’ hellish realms.

Gods Will Fall is out today on PS4, Xbox One, Switch, PC and Stadia.