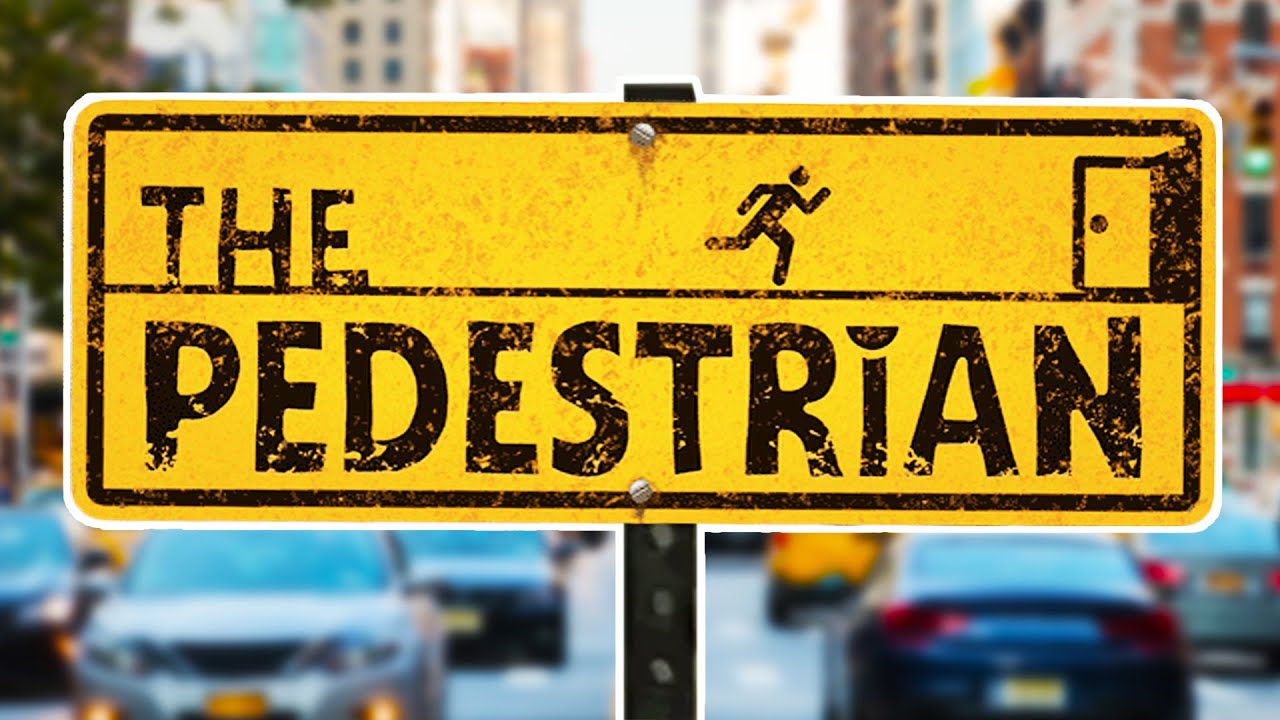 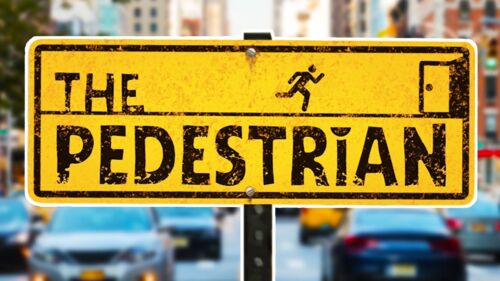 Have you ever wondered what it feels like to be drawn character? No? Well you don’t have to wonder anymore because The Pedestrian has already thought of it for you.

The Pedestrian is a puzzle platformer game where you lead an ink blot to escape through several puzzles whose difficulty becomes increasingly hard as you move along a backdrop of a bustling and busy city.

The mechanics of the game is pretty straightforward and works very well with a controller. I initially thought it would be hard to use a controller for this game because it seemed like it would be made for pc. But surprisingly enough, the controls were pretty good.

I love puzzle games so this one was definitely right up my alley. I’m proud to say I completed the game without ever looking for help online. Some of the puzzles were easy while some needed a little thinking to get out of. You’d have to think outside of the box to get through some of them.

What I love about this particular puzzle game is the uniqueness of it all. I don’t think I have ever seen a similar puzzle game like this one even though there’s probably hundreds out there. It somehow feels quite short though as I have completed the game within a span of 10 hours. Maybe I’m just really into puzzle games that’s why it felt so short and the devs were probably hoping people would spend hours trying to solve each puzzle.

I really like how the more you progress through the game, the more interesting it gets. They throw in new elements every now and then. Some of my favorites are the paint canisters that colors up a sign, making it immune to any changes that occurs within that scenario. Another element I like were the signs that had openings that will allow you to jump straight into a different sign.

Speaking of changes, that’s what makes most of the puzzles challenging. So whenever you get into an area where you have to connect signs to be able to traverse the area, you will have to connect each sign by tracing a line on each one. This will allow you to get through doors and ladders on other signs.

Should you ever feel like you made a mistake, you can always reset the area by disconnecting the lines that you’ve passed through. This will shake up the signs and place your person on the starting sign, effectively resetting the area. This means all things you’ve picked up, all switches you turned on resets back to what they were when you started the area.

The reset actually comes into play in some of the puzzles, as there are signs that have dead ends and the only way you can get out of them is to reset the area. Like I mentioned earlier, there are some signs that allows you to instantly move to a different sign by going through open doors. They don’t work in reverse though, so if you end up in a sign that does not have the go-through doors then you’re out of luck.

Of course, if you don’t want a specific sign to reset, for example there’s a switch in a certain sign that switches off deadly laser beams, there are areas that will allow you to “freeze” that sign. This is where the paint canisters come in. They only appear in a certain area though.

There isn’t really much of a story going on in this game. But somehow, the game takes you into this journey where along the way, you notice that there’s definitely something going on that’s being built up right to the very end. I was curious as well as to where this game was going to take me so it was such a surprise when I got to the very last part. I do still have some questions as to what actually transpired but I guess I can leave that all to the imagination.

The background music has such a nice vibe to it. It’s very chill and relaxing and really helps you get into that zen mode allowing you to focus on the puzzles and not stressing out when you can’t figure it out.

Overall, I would say The Pedestrian is a very solid puzzle platformer game from start to finish. Even the final puzzle was very enjoyable. I don’t think I could ever recall a time in this game where I felt I wasn’t enjoying it at all. If you’re into puzzles, this game is certainly for you. It’s everything you could ever want from a puzzle game and more. I guess the the amount of time you spend in this game is just right for its price point so it’s definitely a game worth buying.

I don’t think it should be longer than it should be as well as I feel like more would just probably make you want to stop playing it. The amount of puzzles is just enough to make you feel you have accomplished an impossible task. I’m sure some will argue the puzzles are easy but I daresay otherwise. The level of complexity and thought that they’ve put into each puzzle is something to be amazed at.

The Pedestrian – Review
Score Definition
When a title gets a grand number, it’s a video-game worth spending your whole life in.
Pros
Stunning visuals
Challenging and enjoyable puzzles
Zen background music
Cons
10
Masterpiece