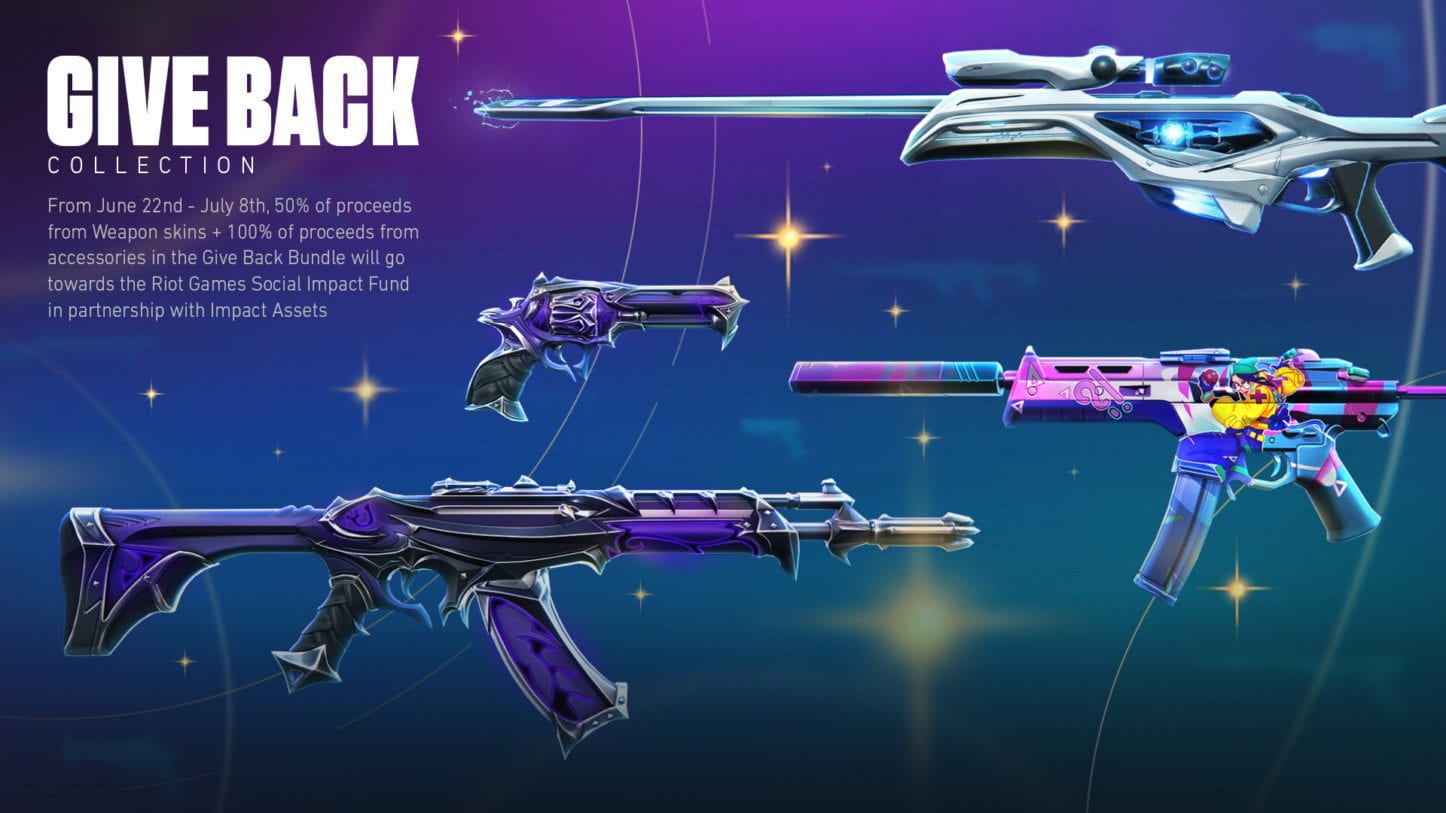 Valorant Give Back Bundle to Release Soon

The Give Back Bundle is a collection of skins that players have hand-picked and will be included in the special charity-themed bundle. It includes Revear Vandal, Ion Operator, Valorant GO! Vol. 1 Spectre, and the Reaver Sheriff. It will also have the exclusive Give Back Bundle gun buddy, card, and spray.

Senior Producer Preeti Khanolkar shared their goals for designing the Give Back Bundle. She says that there were a lot of players who would love to donate to charity by just purchasing skins. “We liked the idea a lot and wanted players to participate as part of our One Year launch anniversary by donating to the Riot Impact Fund,” she continued.

Khanoklar also shared that the team wanted to create a piece of content that would feel special and connected to the Give Back Bundle. They thought that the image of two agents, Sage and Astra, clasping their hands together in solidarity look beautiful and inspiring.