Samurai Warriors 5 is not only the newest series to Warriors franchise but also a reboot to the whole series. Based on trailers and gameplay previews shown by Tecmo Koei, the main focus of the game will be based on the story of one of Japan’s greatest warlords, Oda Nobunaga. the art style of the game, including the character designs, had a sense of similarity to Samurai Showdown. Its wonderful environment made the demo an important reason for players to get it first as it teaches them what are the new things that were added to the game.

In terms of gameplay, the game mechanics hasn’t changed much from the use of musou skills. These skills allow players to do finishing moves and the hyper attacks, basically rush through their enemies and instantly start crazy combos. Even though the game mechanics remained the same, there are new features that make the game more challenging. One of the features added is Rage Form. With it, players are required to fill up a gauge by defeating numerous enemies. When in rage mode, the chosen characters gain a stat boost that triples their attack, defense and speed stats. Not only that, the musou gauge use changes as well – giving your character an additional attack and posing for a dynamic outro.

Another feature that was added to the game are the Ultimate Skills. They are best described as incredibly powerful actions that can be used during battle. There are 4 types of Ultimate Skills that the can equip at any given moment. Each of them vary from attack boosts, defense boosts, and speed boosts. Also, included to the ultimate skills is the feature called Pulse. Pulse allows players to extend normal attack combos and deal greater damage to the enemies, including boss fights.

Overall, the demo was truly fun and made learning the new mechanics worthwhile. A lot of features were explained in detail throughout the demo and that surprised me by a good amount. I highly recommend getting this demo as well as watching all the gameplay videos in order to get a better understanding on what Samurai Warriors 5 has to offer. Truly, this newly rebooted game will make up for what Koei Tecmo did wrong in previous titles.

For more Samurai Warriors 5 content, check back with us here in Sirus Gaming! 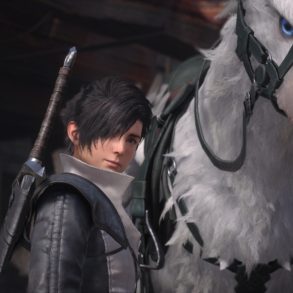