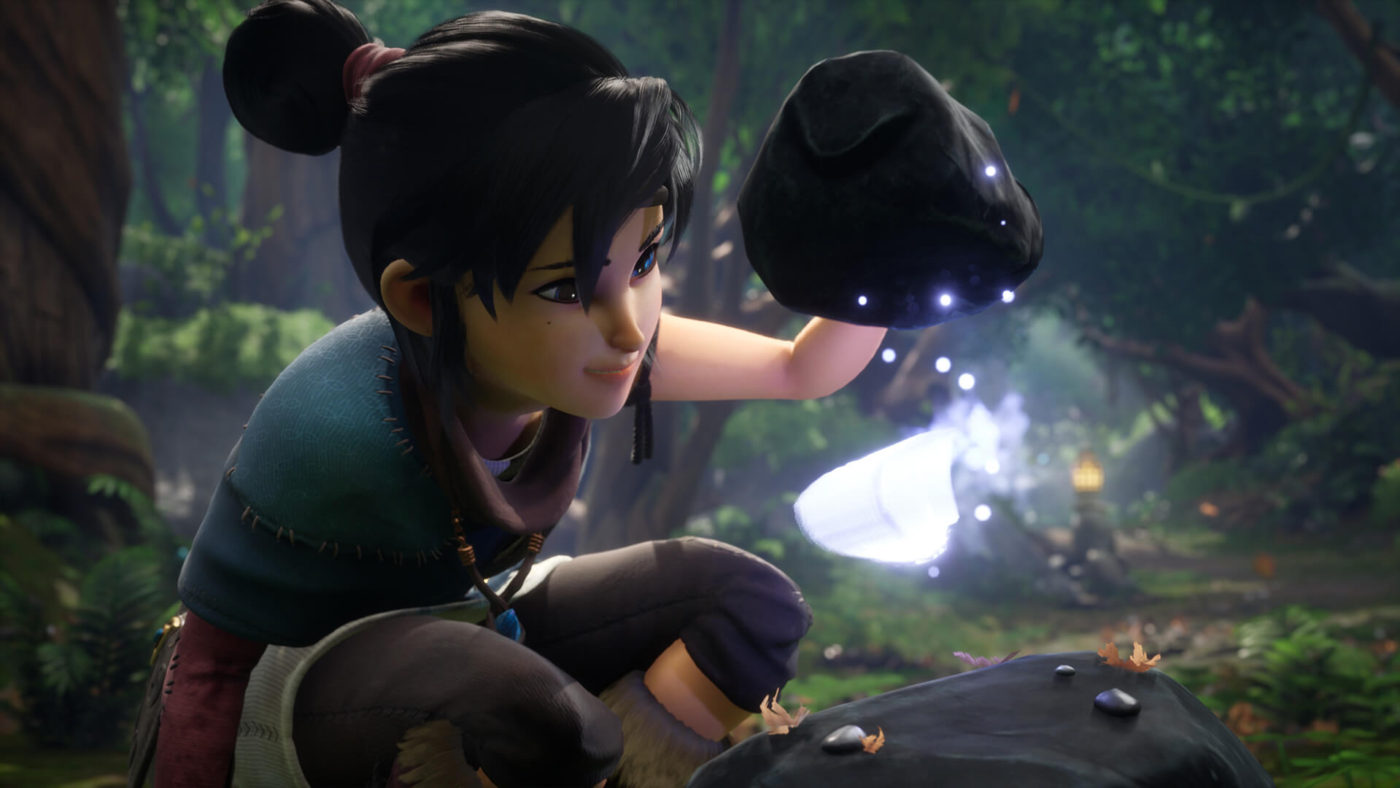 Kena: Bridge of Spirits Launch Trailer Drops Ahead of Release

Independent developer Ember Labs, have just released the launch their game, Kena: Bridge of Spirits, a day ahead of its release. The game goes live at 9 PM PT on PS4, PS5, and on PC (via the Epic Games Store.)

About Kena: Bridge of Spirits

Kena: Bridge of Spirits seamlessly blends a compelling narrative with exploration, puzzle-solving, and fast-paced combat. Players take on the role of Kena, a young Spirit Guide, using her staff and her companions, the Rot, players will disarm enemies, uncover secrets, and restore the beauty of the land. The adventure will take players on a journey of self-discovery as Kena restores balance to an ancient village in a once-thriving environment.

The game is both available in standard digital edition for $39.99 and a deluxe digital edition for $49.99. The deluxe edition includes the digital soundtrack, an in-game silver staff, and golden Rot skin exclusives. All PlayStation editions include both PS5 and PS4 digital versions of the game.

Players on PS5 will have access to several exclusive features including full support for PlayStation Activities with more than 200 Game Help videos. They also have the option to play in “Fidelity Mode”, locked at at a 30 FPS framerate with nate 4K resolution for a more cinematic experience, or the PS5 version’s default “Performance Mode”, with 60 FPS and upscaled 4K resolution to prioritize gameplay. The game has DirectX 12 support on PC.

Photo mode, a feature kept under wraps by the developer, will be added to the game. It will no doubt be popular thanks, in part, to Kena’s adorable Rot companions. In Photo Mode, players can pause the action, set up the characters – including the Rot with a host of optional hats, then resume the action to bring to bring them to life.

“We’re very excited to share the “Cheese!” function in Photo Mode,” shared Hunter Schmidt, Ember Lab’s Animation Director. “When players have set up their perfect photo angle, they’ll have the option to have the characters in the photo say “CHEESE!” and strike a pose. Many characters have multiple poses, so you can snap a great variety of fun shots in the same location. I’m very excited to see what kinds of photos players will capture!”

Kena: Bridge of Spirits can still be pre-ordered today, which will unlock a special collection of exclusive celebratory Rot hats, and will be available when the game goes live starting tomorrow, Sep. 21 (4:00 UTC/9 PM PT).

You can more about Kena, and why there are no plans for a direct sequel, here.