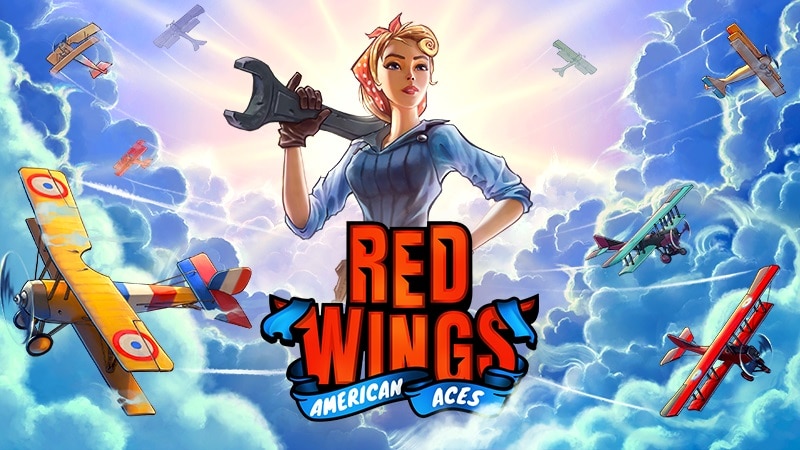 Publisher All In! Games have announced that their arcade warplane shooter game, Red wings: American Aces is set to release on PC (via Steam) and Nintendo Switch and will include online multiplayer modes for up to 10 players as well as local co-op, PvP, and solo modes.

Red Wings: American Aces puts you in the pilot’s seat of an old school, action-packed arcade shooter in the styling of a vibrant comic book, with a gaming mode for every occasion.

Do you believe in the strength of the squadron?

Choose a map and game mode and gather your pilots to play in a team of up to 5 players against other squads in online multiplayer.

Prefer flying solo and plucking others out of the sky?

Compete with up to nine other pilots and fly to the top of the scoreboard. Local co-op is available for smaller fighter groups of one or two pilots for a more ace-to-ace experience in various game modes, such as a 30 mission campaign mode.

According to Piotr Zygadlo, CEO of All in! Games, “We have high hopes for this title as there’s currently no other arcade aerial combat game on the market that offers both local and online PvP and co-op—it’s the perfect niche for Red Wings: American Aces to fill”

“This game is the second original title to come from All in! Games’ talented development team and it’s certainly not the last. We’re also working on developing another, bigger IP that we’ll be able to share more about in the coming months, so stay tuned.”

For more information on the game, check out Red Wings Steam page.