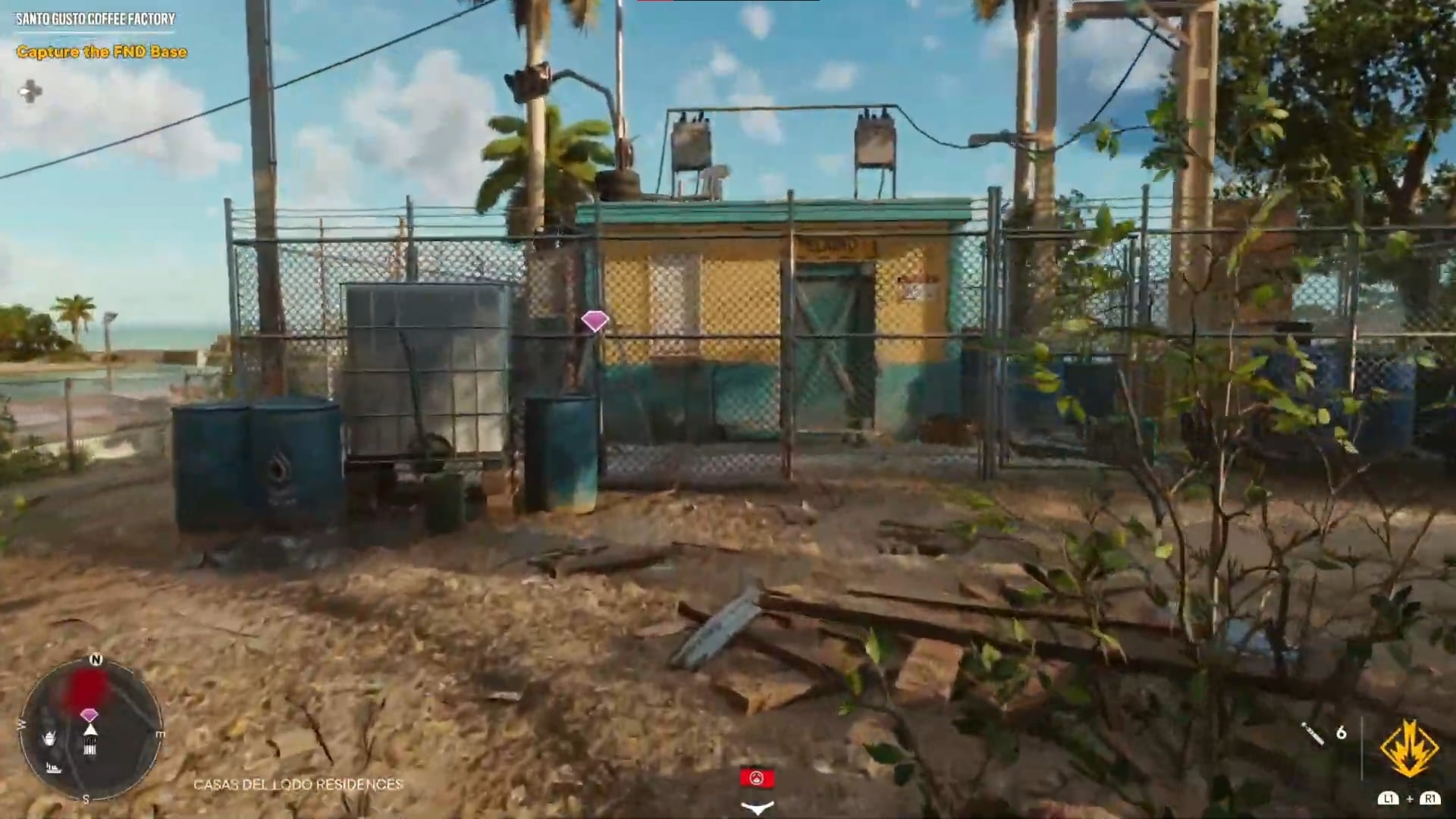 Far Cry 6 The Last One to Leave Treasure Hunt Guide

Here's how you find and solve this particular depressing treasure hunt.

Far Cry 6 just launched recently and it is tons of fun with numerous things to do like blowing up watchtowers, minigames, and doing some sidequests. One of those is treasure hunts where you find some powerful loot from certain areas in the land of Yara. There is one treasure hunt that has a quite depressing background story but rewards you with some interesting gear.

Here is how you can complete the Far Cry 6 The Last One to Leave treasure hunt.

The Last One to Leave Treasure Hunt Location and Requirement

In order to find this treasure hunt, you will have to travel to the Esperanza region and go to the Roja Bay district.

Find the power station there and by the left side, find a small red metal box with a note inside. Read it to officially start the treasure hunt.

The note reads that a mother of three children has created some sort of a backup plan for her kids after their family has been broken up by the dictator. The father was taken to the Outcast camps and she is too old to run, which is believed that she got killed previously. She tasks her kids to find the three switches nearby and open the treasure that she left behind. She also notes that she is an engineer. It seems no one has been able to try and find the treasure so that meant something quite drastic has happened to the whole family.

Now you will have to flip three switches within the treasure hunt area. You will have to find three locations and the first is a blue house, which is east of the power station.

First, turn off the poison gas. Follow the yellow pipeline that comes from the house and then when you find the yellow container, find the valve and turn it off.

Now you can enter the house and look for the switch. Turn it on.

The next one is by the sentry post with the water tank. Find a switch there. Turn that on. This is the easiest one to solve actually without any gimmicks.

The third and last switch is quite the puzzle though but we are here to make it easier for you. Go to the faded light blue house just over the hill with some graffiti on the front wall and a broken door.

Turn the switch on and you will be notified that the door at the power station has been opened.

Enter the now unlocked power station and find a red, weathered chest in the corner of the room. Open it and you will be rewarded with 1,000 Pesos, a Desert Eagle sidearm, and the Techmaster pants.

You will also find another note inside where it is a goodbye note from the mother. She wants her children to start a new life with the money she left behind and use the gun to put the enemy into the ground. She also notes that the gun has a very strong recoil.

Both the Techmaster pants and Desert Eagle sidearm are 4-star rare items. Use them well!

We also released a review of Far Cry 6 and our resident reviewer thinks it brings back the charm of the previous entries with all of the new toys to play with.