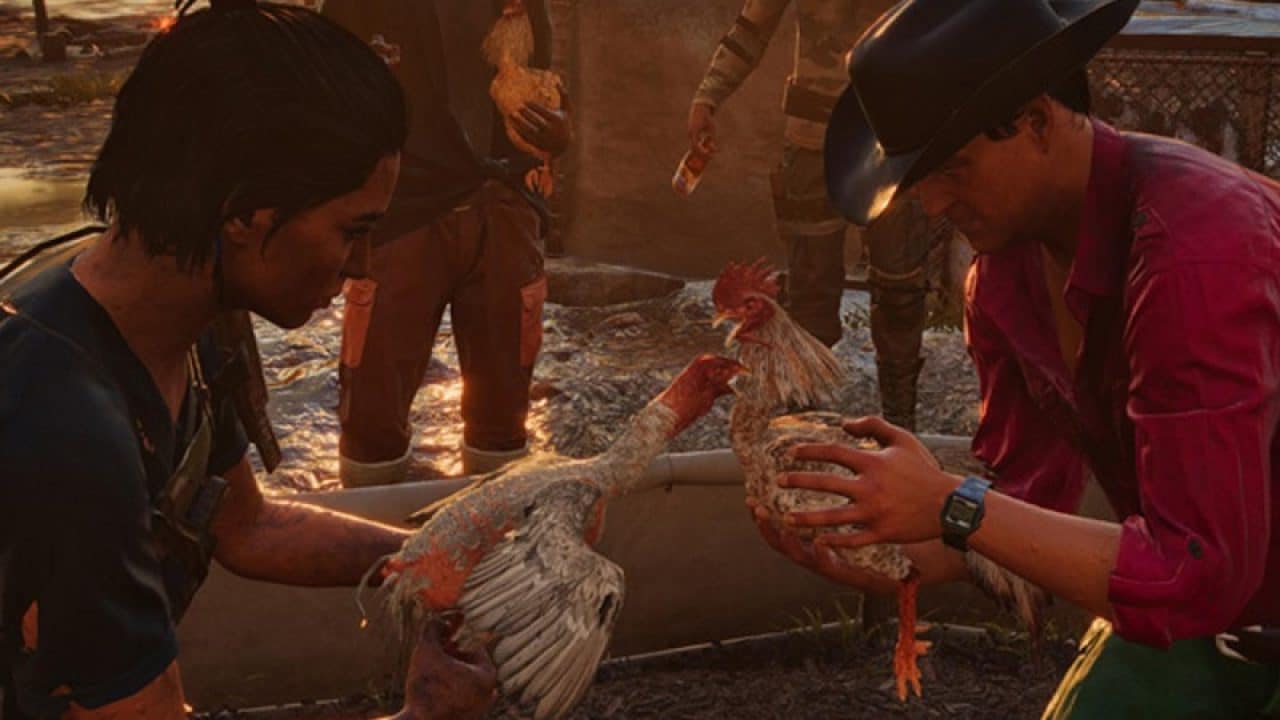 PETA Calls For Ubisoft to Remove the Cockfights

Far Cry 6 has just been released and people are really getting into the latest Far Cry game, however, it ain’t all sunshine and rainbows for Ubisoft as the developer/publisher is now taking fire from PETA (People for the Ethical Treatment of Animals) in order for Ubisoft to remove the cockfighting minigame stating that it ‘glorifies cruelty’.

PETA Latino Senior Manager Alicia Aguayo had this statement to say to Ubisoft, “Turning a horrific blood sport like cockfighting into a Mortal Kombat–style video game match is a far cry from real innovation, as today’s society is strongly opposed to forcing animals to fight to the death. Roosters used in cockfights are fitted with sharp spurs that tear through flesh and bone, causing agonizing and fatal injuries. PETA Latino urges Ubisoft to replace this reprehensible minigame with one that doesn’t glorify cruelty.”

So it seems PETA does not enjoy this minigame and while it may really be a far cry (pun not intended) from innovation, I can at least say that I am impressed that Ubisoft tried to do something different, something akin to becoming more of a Yakuza game, though it still is not enough for Far Cry to escape from the curse of being a Far Cry game.

This also isn’t the first time that PETA has tried to go against gaming, let alone Ubisoft in general as I recall that they were disgusted by a minigame in Assassin’s Creed: Black Flag, whaling. Though PETA failed to change the minigame in any way since Ubisoft stated that it was “accurate” to the activities during the time period of which it was trying to portray.

Whether or not anything will be done to the cockfighting minigame remains to be seen.

Far Cry 6 is out now on PC, PS4, PS5, Xbox One, and Xbox Series X|S. For those who are curious of how we rated the game, you can check out our review of the game.