5 Things to be Hyped Up for in Monster Hunter Generations 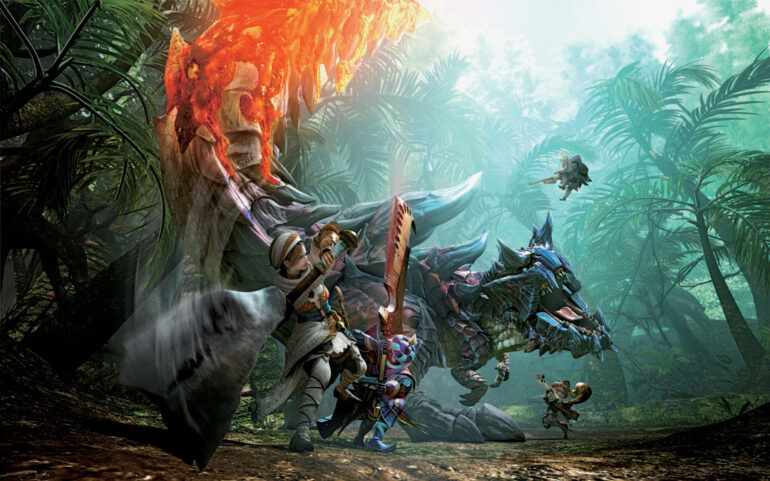 As most of the Monster Hunter fans know, Monster Hunter Generations, the newest addition to the franchise, will be released in just a matter of days. There are a lot of things to look forward to when it comes to gameplay and especially content and we’re sure that fans are really excited to get into the action. If you’re a fledgling in the monster hunting business or you’re a veteran and you were just out of the loop recently, we’ve listed five new features to check out when you’re gonna play Monster Hunter Generations.

In Monster Hunter Generations, or I’ll call it MHGen for short, players will get to visit the main villages from the Portable games such as the Kokoto Village, Pokke Village, and Yukumo Village as well as the new village called Bherna. Fans who have played the Portable series will be able to reminisce the times they’ve spent roaming around the villages, signing up for quests or doing errands for the village folk.

Hunting maps are also given a revamp by getting more ledges from which hunters can jump from to execute monster mounting. Those who have played the earlier games on the PSP will definitely see an improvement with how the environment would look like especially with the 3DS’ 3D view.

Palicoes, or your feline companions, will still be in the game as trusty sidekicks when going out hunting. What’s new in MHGen is that players have the option to play as a Palico which will be referred to as Prowlers. Prowlers, like hunters, will also have their own skill sets and can either play as an aggressive attacker or as a team support. 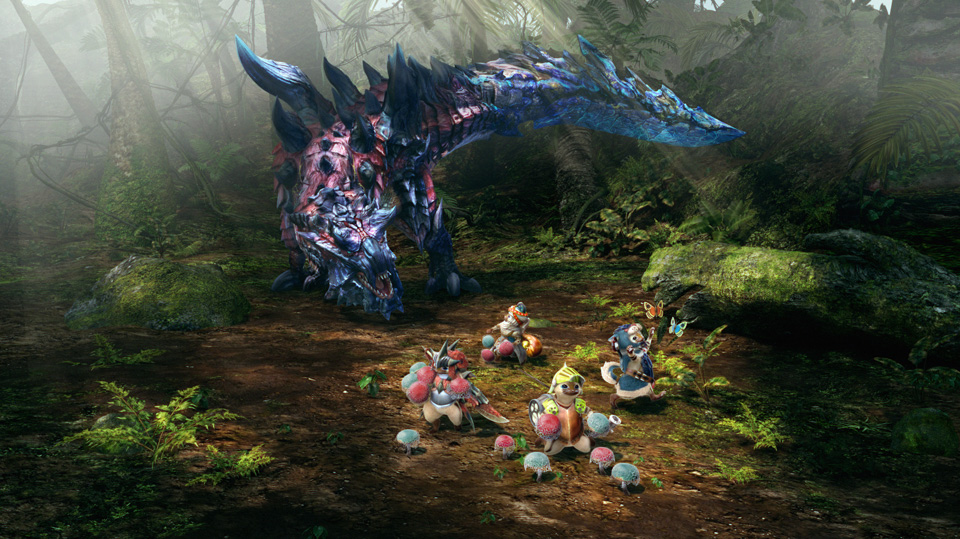 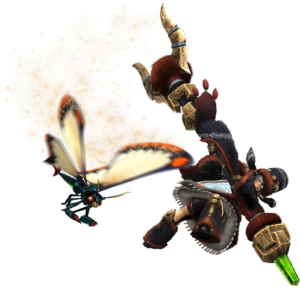 One of the strongest points that made Monster Hunter distinct is the weapon and equipment crafting and upgrading. The feeling of being able to wear what you hunted is so satisfying especially if a particular monster and its kin has been kicking your but all day long and then you finally get to scrounge enough of their parts to craft their gear to render them useless. To most hunters, gathering materials might oftentimes come as a chore but it has been part and parcel of playing the game. High ranked hunters hunt the same monsters for dozens of times before they can even get the part that they need.

In MHGen, crafting and upgrading has been more or less made easier since the materials are now classified with quality rank and hunters still get the opportunity to craft a weapon or an armor even without a particular high rank material given that they have enough low rank materials to compensate for it. For example, and this is not an exact example, say your armor needs a Machalite ore but you ran out of it but you still have some Iron ores, you can still substitute using a couple of Iron ores to craft the gear.

One more improvement in the upgrade system is with the upgrade mechanics of insect glaives. Before, hunters need to feed their kinsects nectar to level them up several times before they can upgrade the staff itself. Now, the upgrading for the staff and kinsects have been separated, giving hunters more versatility when it comes to powering up their insect glaives. 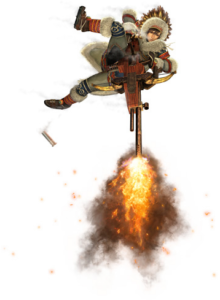 One of the most anticipated feature in MHGen is the addition of the new hunting styles and hunting arts. Hunting styles give hunters a new way of hunting down monsters by opening up a new array of specialties and movesets. Every hunting style is unique and can be applied to each of the 14 existing weapons. For veterans, they may feel comfortable with Guild style as it is the default and the most balanced style. Aerial style adds more vertical accessibility by letting hunters launch themselves into the air to perform attacks while Adept style is for those hunters who are daring enough to spend most of their time near monsters and are good enough in evading their attacks. Finally, Striker style is for those hunters who exploit the power of combos, chain attacks and charged attacks.

MHGen, like in any other Monster Hunter game, has its own flagship monsters. Called as the “Fated Four”, they consist of the electrified wyvern Astalos, the giant fluffy Gammoth, the bubbly dragon Mizutsune, and the fiery brute Glavenus. All four have their own special traits, characteristics, and attacks which will surely keep a new hunter busy. New monsters such as Malfestio and Great Maccao which has been released in the demo will also show up as well as the new elder monster which looks like a squid named Nakarkos. 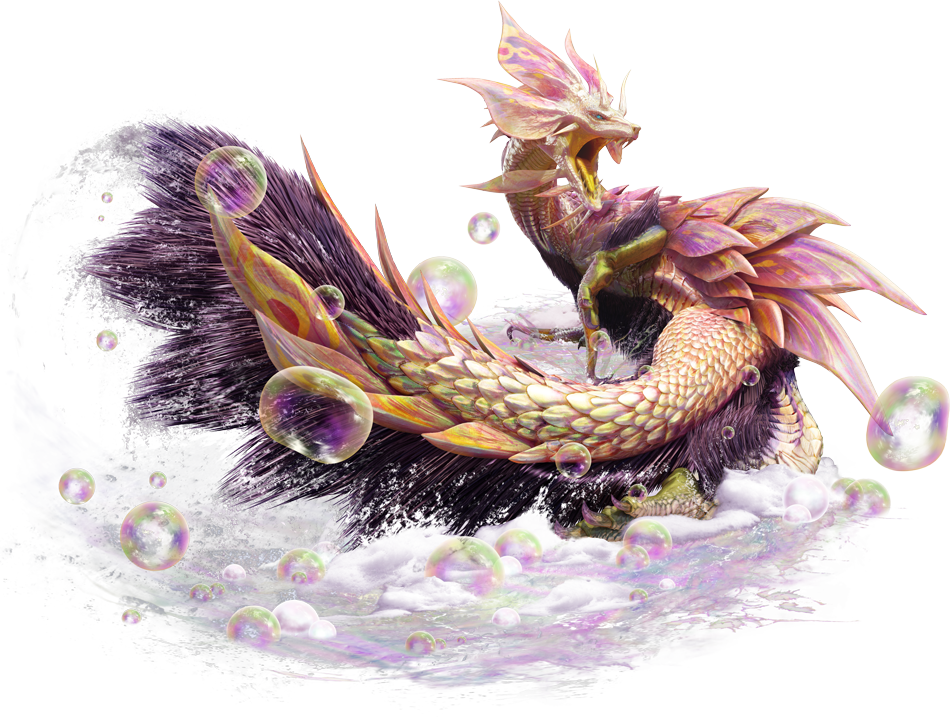 A lot of the fan favorites from the old games are coming back in MHGen. One of the biggest addition to the monster roster is the introduction of the Deviants. These are monsters who have survived several hunter attacks and have evolved to become more ferocious and deadlier than their regular kind. The monsters who gained Deviant kinds are the ever-so-popular Rathalos which will be called Dreadking Rathalos, Zinogre as a Thunderlord Zinogre, and Nargacuga as a Silverwind Nargacuga, to name a few. They didn’t just gain scary titles but they also learned to dish out devastating attacks that can send the unprepared on to a cart in one hit.

As a fan myself, I am really excited to play MHGen ever since MHX came out in Japan. It just doesn’t provide nostalgia hailing from my days as a rookie hunter in Pokke Village but it will also present a new challenge to face every time I will set out on a quest. What’s interesting is that the amount of customization its dev team has given this game is truly wonderful with all the new hunting styles and mechanics. I wish that Saturday can come sooner because I’ll rush in to the store and grab my pre-ordered copy and I’m sure to meet some fellow hunters who are as excited as me on that day, too.