6 Unfortunate Horror Game Mistakes That Screwed You Over

Things are bound to end badly in horror games, best to go along with it 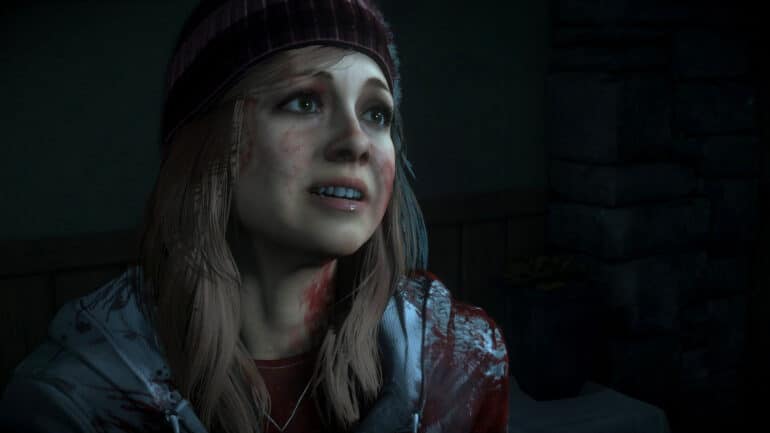 Horror game mistakes are not an uncommon occurrence. In fact, the goal of most horror games is to push you into uncomfortable situations where you are most likely to make a mistake. Given enough time, however, you can condition yourself to act despite feeling that sense of dread. But after getting constantly reminded that overconfidence is a slow and insidious killer, it’d only be natural to wonder to yourself, “how could something go wrong, so far?”

Let these 6 unfortunate horror game mistakes remind you that you are still likely to die, no matter how much you fight that feeling of powerlessness.

What sets the Dead Space series apart from many others in the horror genre are the numerous death animations the player is subjected to when certain conditions are met. In this case, it’s when the player happens to be near to a window, and the resulting vacuum ejects anything and everything into space, including Isaac. The image of Isaac Clarke getting cut in half by a metal shutter leaves quite the impression. To prevent that have happening, players will have to shoot a button that lowers metal shutters. Well, good luck remembering that small detail in the heat of the moment. Alternatively, if you are too close to begin with, you’re insta-dead.

Even the most hardcore of engineers know to give large windows a wide berth. Or at least know when to brake them during the start of a necromorph encounter. There are many ways to die in Dead Space 2, but none so sudden as an express trip into the void.

(Personal note: launching a javelin at a necromorph and impaling it into glass will always be satisfying as hell.)

Let’s face it, the Del Lago is one of the scariest monsters to have ever existed in a Resident Evil game, and there have been some pretty scary ones over the years. We’re talking about something that’s nearly invincible in its natural element, strikes at a moment’s notice, and has the potential to insta-kill you. And yet, despite all these reasons, there are those who think that a flimsy wooden pier is enough to keep you safe. It will not.

When you first approach the lake area for the time, you will come across an unassuming pier that serves no real purpose other than baiting you in with how normal it looks. Many years ago, I didn’t dare walk up it to, seeing what happened in the cutscene involving the dead police officer. What I didn’t know is that to make the thing I was actually dreading come to pass, I needed to shoot a few rounds into the water. Apparently, that was enough to summon the creature to the location as we helplessly watch Leon get swallowed whole. Sometimes the things we are afraid that “could” happen, actually do happen, and we only have ourselves to blame.

The funny thing is, there were fish in the water and going by the logic of the game so far shooting fish was actually a good thing – until it wasn’t.

Thinking you are safe – Alien: Isolation

Alien: Isolation is the closest thing we’ve gotten to the original Alien movie of the 70’s. The xenomorph is a relentless hunter hellbent on having their way with their prey – be preparing them for face huggers or just outright killing them. Your best chance of survival is to stay out of sight when the creature is hunting. But even then, hiding will not be enough.

In video games, we are conditioned to think in certain ways. Red barrels are explosive and the color green is associated with healing. For the longest time, we’ve considered closets to be that one safe spot where the killer cannot get to us. Isolation takes all that away, and gives us a world where no area is safe outside of the save area.

The A.I. handling the alien is not your run-of-mill sentry with predictable movement. It will recall potential hiding spots you’ve become comfortable with. It knows if you’re like running into vents or hiding behind tables. In short, don’t get comfy thinking you’ve got it beat just cause you’ve outsmarted it once or twice. Stay in one spot for a second longer than you needed to, and you’re going to die.

On the surface, Until Dawn may be a generic horror game involving teens and the unknown that’s trying to kill them. Admittedly, that may be true. But the execution of it is a thing of beauty. The game clues you in on what could happen via butterfly effect indicators and the totems that hint at a plausible outcome. The game does everything to tell you doing certain things could get people killed. And yet, there are those that throw caution to the wind regardless of the literal signs telling them not to do it.

In the mines located underneath the asylum, the player gets to control Ashley as their group look for fellow survivors. Ashley then becomes separated from the group. The player will then have the option to meet up with their friends or explore for a bit. Choosing to explore, they come across a trap door where they believe someone’s voice is coming from. Should the player decide to open the hatch, they come face to face with a wendigo which promptly kills Ashley in a spit second.

The mistake here is forgetting that your friends are already safe (the ones that survived), and who ever is down there is not part of your group. Furthermore, there are signs everywhere telling you to NOT open the hatch.

Just don’t do it. There are less legit horror game mistakes to make than this one.

We all know of the meta-verse that is the FNAF franchise. But back when there were only two games, FNAF was genuinely scary. Especially those who felt overwhelmed after getting used to the controls of the first game. Admittedly, none of the “new” tasks was as stressful as the music box.

Keeping the music box wound up may seem simple at first. But as the nights go by, and you are constantly having to switch cameras and putting on the mask at a moment’s notice, it can get very hectic. But of course, if you put ALL of your focus into keeping that box wound, Freddy and company will not take too kindly with you ignoring them. You can actually let it run longer than what you think. Just be prepared to say hi to the puppet when it comes for its hugs.

Could be worse though, at least you won’t be dealing with hallucinations of animatronics until the third game comes out.

Shooting your way out – Resident Evil 2

As horror game mistakes go, this one’s actually not that bad – if we’re talking about the recent remakes. The original games back in the day were much less forgiving, especially Resident Evil 2. While it is technically possible to shoot your way through the opening of Leon’s story, the way it was intended to play out is for the player to run like hell away from the zombies. Unfortunately for me, the games in the PS1 era involved non-stop shooting… and you can probably guess how well things turned out for younger me. I died. A lot.

While a lot of changes were made when the Resident Evil 2 Remake came out, I am forever thankful that enemies are more likely to go down with head shots, rather than body shots. But then again, shooting them in the kneecaps is a good way of stopping them for a bit. Won’t save your ankles, but the option is there.