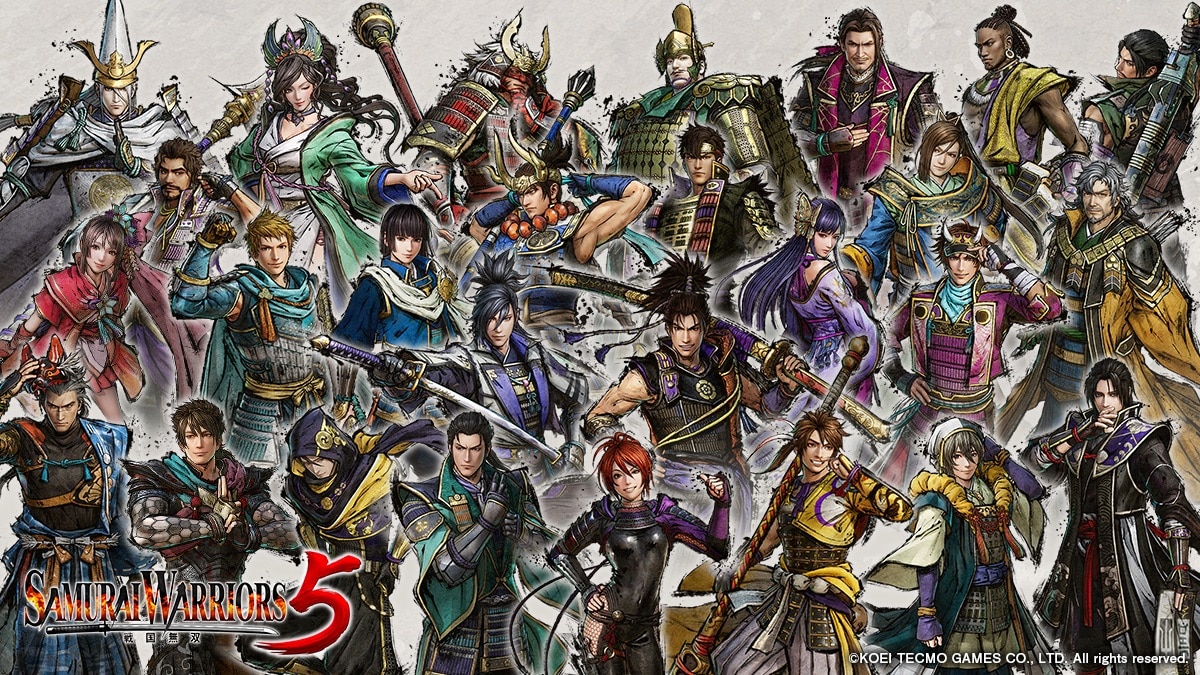 Samurai Warriors 5 is the latest installment of Samurai Warriors franchise that will release worldwide this July. Though the art and gameplay look great, fans of the game were disappointed by the fact there were a few iconic Samurai Warriors characters were cut from the upcoming game.

According to the developers of the series, Samurai Warriors 5 is a reboot of the series and that they didn’t want to repeat the mistakes they made in Dynasty Warriors 9. The developers decided to focus on one part of the Samurai Warriors saga; namely Nobunaga Oda’s story from his youth to his adulthood. Additionally, Samurai Warriors 5’s downloadable content will focus on costumes and weapons exclusively. So, there will be no DLC characters added to the roster. It’s such a sudden shift in direction, really. The whole franchise is full of colorful and memorable individuals alike. But still a new direction for the series, nonetheless.

Anyways, here’s our list of past favorite characters cut from Samurai Warriors 5.

Sanada Yukimura is considered a fan favorite for many gamers especially for the developers since his character is somewhat similar to a main hero type. Not only that, his charisma & unyielding passion to strike against his foes and his history make him a clear favorite. In the last Samurai Warriors game titled “Samurai Warriors: Spirit of Sanada”, the main focus of the game was on Yukimura Sanada’s life. From the formative years of his childhood to his heroic sacrifice as a great samurai, he defended his principles till the bitter end.

The One Eyed Dragon of Oshu is another renowned character who not only appeared in the Samurai Warriors franchise but also in other games like Sengoku Basara, Pokemon Conquest, and more. He wields a gun and a sword in the SW franchise and is an all round type of fighter that can easily take down enemies. Like Sanada Yukimura, he also debuted in the 1st Samurai warriors game and became an important staple for the franchise. Sadly, he too won’t be appearing in the latest franchise of Samurai Warriors game.

Nobody could ever forget one of the greatest rivals of Tokugawa Ieyasu and the one of the most loyal retainers of the second shogun of Japan, Hideyoshi Toyotomi. His unique characteristic and friendship with Sanada Yukimura and Kanetsugu Naoe as well as his deep loyalty to the Toyotomi clan made him one of the bravest warriors in Japan. He made his first appearance as a playable character in Samurai warriors 2 and wields a War Fan that slashes his enemies and sweeps them away.

the eldest child and daughter of Tadakatsu Honda has made a name for herself in the SW franchise. Her trait as a fierce female archer not only depicts her strong but caring as well. She is also the wife of Sanada Nobuyuki and sister-in-law to Yukimura making her story integral to the SW franchise. Ina uses a war bow to snipe and purge enemies surrounding her. She made her first appearance in the 1st Samurai Warriors game.

The older brother of Sanada Yukimura and a virtuous man. He was married to Ina and through their marriage, managed to wield deep influence for clan Sanada through out the Warring States era. In Samurai Warriors 4, the game in which he made his debut, Nobuyuki decided to ally himself with Tokugawa Ieyasu in order to bring peace fully to Japan, following the death of Toyotomi Hideyoshi. However, Yukimura wanted to continue the Toyotomi reign thus creating a rift between the two brothers. In the end, Yukimura sacrificed his life to defend his beliefs while Nobuyuki could only watch as the Tokugawa reigned supreme. Nobuyuki wielded a long blade that swallows his enemies in a storm.

This dark ninja once served the Tojo clan and went against the Takeda Clan. His mysterious identity and allegiance made him a very shady character. To this day, no one knows who he really is as very little of the accounts about him made to history books. And yet, he has made a name for himself through out the franchise. Kotaro made his debut in Samurai Warriors 2 and wields sharp edge gauntlets to pierce and slash enemies through.

The Wild Brazen Warrior Who Loves to Fight is one of the toughest enemies to face in the SW franchise. His unparalleled strength and unique charisma makes him a worthy adversary. In fiction, he is one of the most celebrated kabukimono, or wild men, of the time period. He is also known for his monstrous height and his peerless strength. He wields a long pike that turns his enemies upside down and can stun them easily making them easy targets to sweep.

Originally an NPC character in Samurai Warriors but was made a playable character in Samurai Warriors 3, Kunoichi was the loyal bodyguard of Sanada Yukimura and works as a shinobi. Her carefree attitude suits her style of fighting and she usually comes out on top despite tricky situations. She wields two daggers and spins her way through hordes of enemies like the wind.

Motochika is the twentieth leader of the Chōsokabe clan. He made his debut in Samurai Warriors 2. He is best known in history for conquering the entirety of Shikoku island with his own resources. Motochika is often praised as the most capable daimyō of the entire island. His carefree and cool attitude in the SW franchise makes him hard to read. A close friend of Mitsuhide who helped take down Nobunaga in Honnoji, he was a capable warrior even though he uses a shamisen (a Japanese traditional guitar) to send shockwaves towards his opponents.