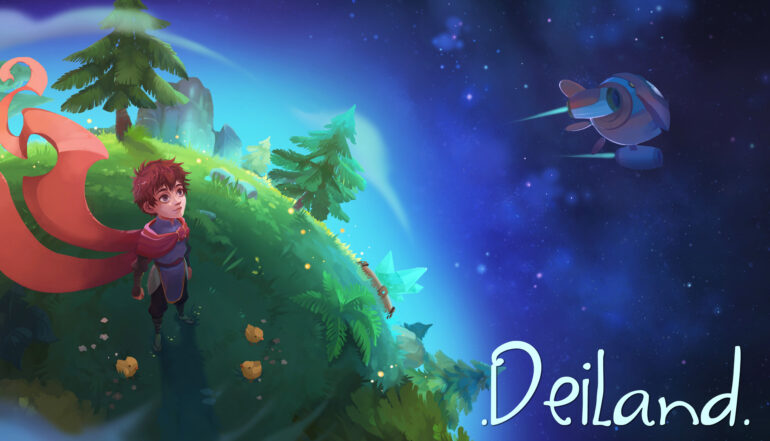 Sony Interactive Entertainment Spain and Chibig just announced the release of Deiland – a role-playing and adventure game – on Europe’s PlayStation Store for only €14.99.

Deiland is initially a mobile game that was successful on the platform hence the decision to bring the game to the PS4. “After the success achieved by Deiland on mobile platforms (surpassing one and a half million players),” said Abraham Cózar, the CEO of Chibig. “We met the PlayStation Talents initiative and we asked ourselves the question: What would happen if we took the universe from Deiland to PlayStation? So we started the development of this new game. After an intense year of hard work, we are very excited about our first console release.”

Chibig, the studio responsible for its creation, started a campaign on the well-known Kickstarter funding platform with the hope of raising $10,000 to finance its development. In less than a week they had achieved that goal and went on to exceed expectations totaling a massive $30,000.

The Spanish video game has the support of Square Enix Collective, the platform pertaining to the Japanese company to give visibility to games on the indie scene, where it received 97% of the public vote.

On Deiland, the narrative takes on special relevance through the telling of the fascinating story of Arco, the protagonist of the game, the youngest of the four princes who were sent to the minor planets to find the powerful crystals that they hide inside. Legend has it that when it is found, the crystal will awaken magic that will extend to the ends of the universe giving rise to the origin of the worlds.

Deiland is now available on PS4 through the European PlayStation Store. It’s also available on Steam and mobile platforms.